9 Unique and Unusual Things to See and Do in Heidelberg, Germany 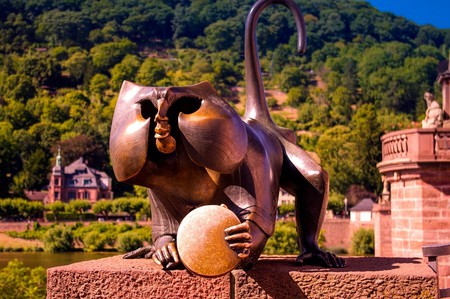 Most tourists visiting Heidelberg head straight to the castle, and follow it up with a tour of the romantic old town, the riverside and the oldest university in Germany, before quickly moving on to their next destination. However, there’s a great deal more to see and do here beyond the obvious – here’s our pick of Heidelberg’s quirkiest attractions.

In the basement of Heidelberg Castle lies a humongous wine casket known as the Heidelberg Tun. This 18th-century barrel has a capacity of 221,726 litres (58,574 US gallons) – enough to keep a shipful of pirates blissfully drunk for at least a year. As many as 130 oak trees gave their lives for the construction of this monumental tribute to alcohol, though it has been empty most of its life. 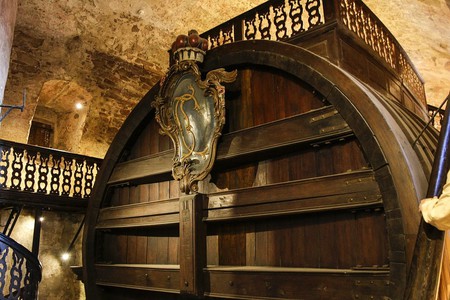 If the sight of the biggest wine barrel in the world and the hypothetical possibility of universe-forgetting drunkenness make you want to break out into a dance, there is provision for that too. A staircase leads you to a dance floor on top of the barrel, where you can shake a leg with other similarly impressed visitors.

Hop aboard a historic funicular

The funicular that set off on its first journey back in 1890 underwent some serious refurbishment and expansion in later years, all the while maintaining its historic charm. Today, it connects four stations in Heidelberg, and is visitors’ favorite way of reaching Heidelberg Castle, thanks to the beautiful views across the city that can be enjoyed en route. 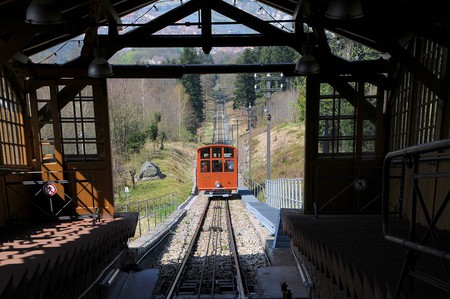 The Heidelberg University Karzer, like in several other universities in the country, used to be a private prison where delinquent students were sent for a day or few for minor offences, though they were allowed to attend classes. Over time, student prisons across centers of higher learning in the country were abandoned, and the one in Heidelberg was preserved just as the last inmate had left it, complete with iron beds, wooden tables and scribbles and graffiti on the walls.

See the jaw of our earliest ancestor

While Heidelberg University is almost always on the must-see list of travelers, few know of the treasure hidden in Heidelberg University Geological Museum (Building 234). Alongside row upon row of artefacts telling the story of the Earth’s evolution, you can see a human jaw that has been estimated to be anywhere between 780,000 years to several million years old. This was unearthed by accident in the village of Mauer in the year 1907, and to date remains the most significant exhibit of the museum. 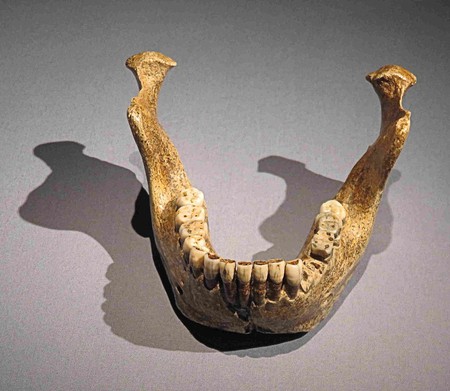 When on Heidelberg’s famous Old Bridge, don’t forget to say hello to the city’s legendary monkey. The current bronze monkey perched on the bridge dates back only to 1979, but this very spot has not been without a monkey sculpture since the 15th century. The head of the monkey is hollowed out, allowing visitors to indulge in the little whimsical fun of slipping their head inside. Legend goes that rubbing the mirror in the monkey’s hand will take care of financial problems, while touching his fingers ensures that you’ll return to Heidelberg. Those wishing to expand their family make it a point to rub the little mouse next to the monkey, as the act is believed to result in heightened fertility.

The Heidelberg University Psychiatric Clinic proudly exhibits intriguing artwork by mentally ill patients. Almost 5,000 paintings were created by around 450 patients of the clinic under the guidance of art historian Hans Prinzhorn who was hired by the University of Heidelberg Psychiatric Clinic in 1919 for this art project. The current collection also includes paintings, sculptures and drawing from similar projects across the world. 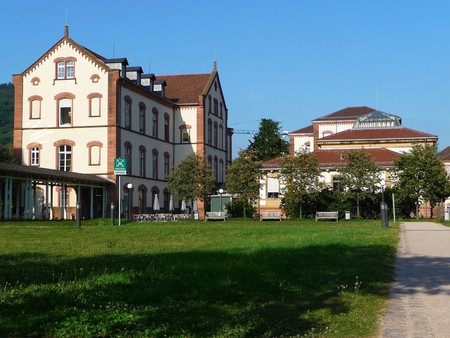 Visit a park with an unusual history

Joseph Goebbels, German Nazi politician and Reich Minister of Propaganda of Nazi Germany, conceptualized the ‘Thing’ movement in 1933, as a part of which 45 outdoor amphitheaters called Thingplatz or Thingstatte were constructed across the country for the purpose of indoctrination of large audiences and spreading of Nazi propaganda. The Thingstatte in Heidelberg, built in 1933-34, has now been converted into a public park, though its original architecture is still pretty much untouched. 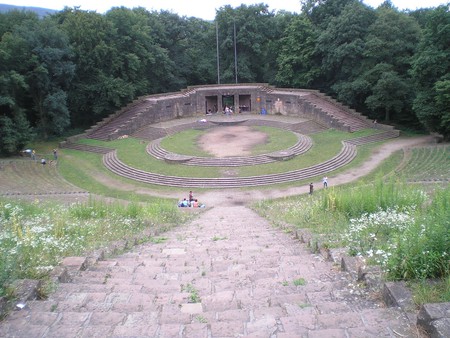 Walk in the steps of philosophers

The Philosophers’ Walk (Philosophenweg) is a world famous path that has been known to inspire poets and philosophers with the gorgeous views it commands. It is on the opposite side of the Neckar River from Heidelberg Castle, along the Holy Mountain or Saints’ Mountain. The Philosophers’ Walk meanders through vineyards and tree-lined paths, offering ample views across the city and the Neckar River. Be sure to carry your notebook, just in case the romance of the path triggers the poet in you! 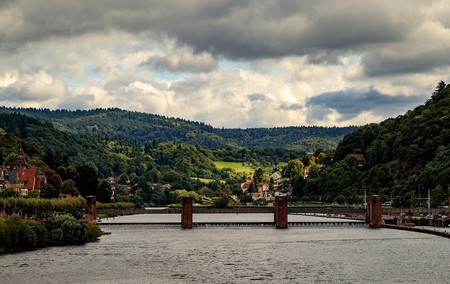 Beautiful views of Heidelberg | © herbert2512 / Pixabay
Give us feedback