9 Reasons to Visit Cologne Over Düsseldorf 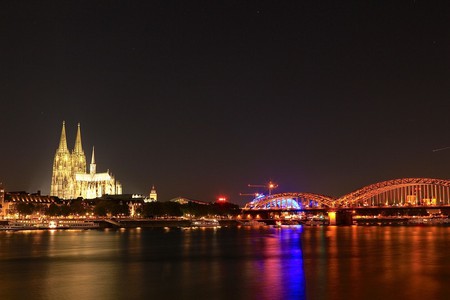 Cologne and Düsseldorf, two very interesting cities on the River Rhine that are only 25 miles (40 kilometers) apart from each other, are forever at loggerheads. Both cities, with their unique offerings and attractions, are undoubtedly worth exploring. However, if you must choose, read on to find out why Cologne scores over Düsseldorf for many tourists.

The Cologne Cathedral itself is reason enough to choose to visit Cologne over Düsseldorf. The jaw-dropping architecture of this internationally famous UNESCO World Heritage Site has few contenders in Germany, and definitely none in Düsseldorf. This grand structure is understandably the most visited site in the country. 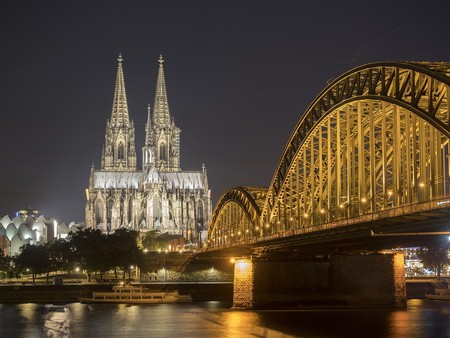 While it’s possible to sign up for shorter panoramic Rhine cruises in Düsseldorf, Cologne happens to be the northernmost starting point for the iconic Rhine Castle Cruise. Cruise boats from Cologne take visitors all the way to Mainz along a fascinating route, dotted with a series of hilltop castles, rolling vineyards, and storybook towns.

For visitors with a sweet tooth, the Chocolate Factory in Cologne would seal the deal. The factory–museum walks visitors through 5,000 years of this guilty pleasure’s history through interesting exhibits, sniff boxes, and multimedia installations. Additionally, you get the chance to grab freshly made chocolate pieces right off the assembly line, and dip a wafer in a chocolate fountain.

Repeat after us: Altbier in Düsseldorf and Kölsch Beer in Cologne. Asking for the wrong beer in either city can lead to a full-on riot, or severe frowning at the least. If you prefer Cologne’s local brew, the yellow, light, top-fermented Kölsch, you must head to Cologne, as no self-respecting bar in Düsseldorf stocks it. 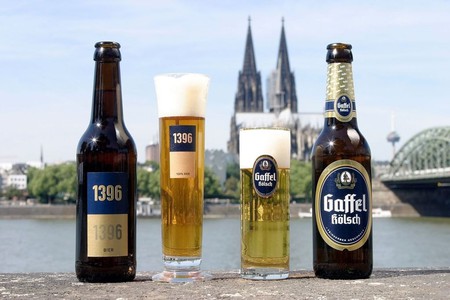 The biggest carnival in the country

Come February, almost the entire country bursts at the seams with the colors and fun of Carnival. But the biggest, snazziest, and most cheerful carnival parties and parades in Germany take place in Cologne. Expect hilarious costumes, work-of-art floats, loud music, merry dancing, thousands of revelers, and utter madness in the city’s streets. 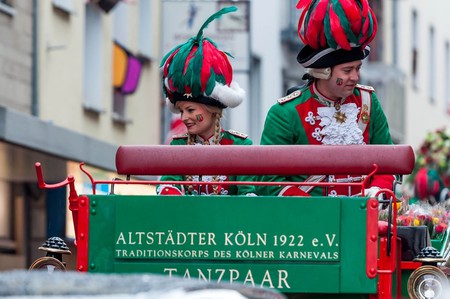 The busiest shopping street in Germany

While Düsseldorf’s Konigsallee is second to none in Germany in terms of high-end, luxury shopping and glamor, Cologne’s Schildergasse records the maximum footfall in the country. While most visitors have to be satisfied with window-shopping in the exorbitantly expensive Konigsallee, Schildergasse has a mix of high-end brands and affordable shopping options, making it a favorite haunt among shoppers. 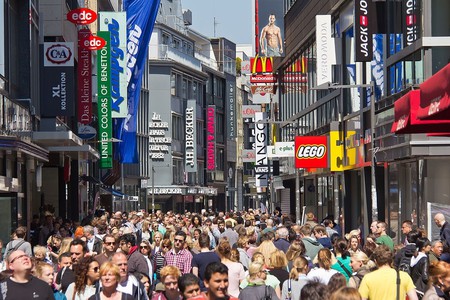 While Düsseldorf is LGBT-friendly, Cologne is the LGBT capital of Germany. The people of Cologne are known to be chatty, friendly, and tolerant, making it a great, safe city for LGBTs. This all-embracing attitude is proven by huge crowds cheering at the gay pride parade on the first weekend of July every year. Additionally, Cologne boasts a large number of gay bars, cafés, and nightclubs. Near the Hohenzollern Bridge, there is a memorial for gay and lesbian victims of Nazism, where the victims are remembered and honored several times a year. 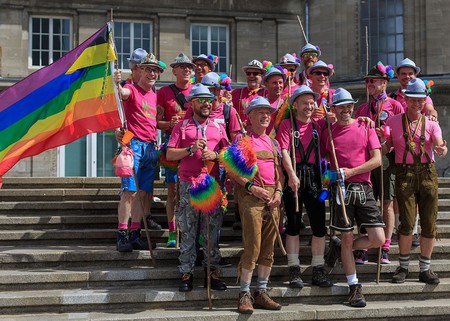 It’s true that you can treat yourself to some pretty spectacular views from Düsseldorf’s Rheinturm, but most would agree that riding a cable car over a beautiful landscape is more fun. The Cologne cable car (Seilbahn) cruises high over the River Rhine, allowing you a 360-degree bird’s-eye view of Cologne’s impressive skyline.

Sure, Düsseldorf has several pretty churches, but if you wish to experience an offbeat, quirky church with a rather creepy history, the Basilica church of St. Ursula, built on the site of a Roman cemetery in Cologne, is for you. The interior of the church is decorated with human bones and skulls, arranged in patterns, shapes, and words. As the story goes, these bones belonged to St. Ursula and 11,000 (or 11 – it’s a matter of some debate) virgins, who were killed by the Huns and their bones later excavated from a mass grave in this region. 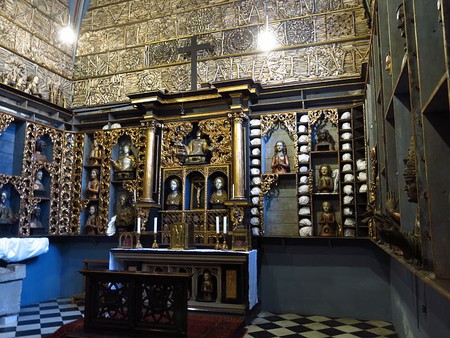 Where will you find the most colorful streets in Europe?