9 Films and T.V. Shows to See before Visiting Germany 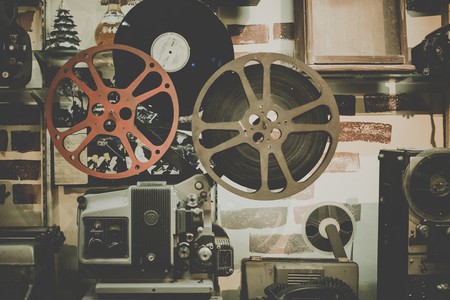 German culture is close enough to American culture that a deep dive into the protocol books isn’t really necessary for an enjoyable visit. Germans are not so complicated in their actions, but they are complicated in their thoughts. Before you visit, take a weekend and curate your own deep-dive into the German psyche with these nine essential films and television series.

A Coffee in Berlin

Germany comedies are often either cheesy or childish. A Coffee in Berlin, sumptuously shot in black and white, cuts a line closer to Frances Ha, Woody Allen’s Manhattan or Jim Jarmusch’s early work. Jan Ole Gerstner’s debut film, based largely around a college drop-out and his awkward entanglements, is an introspective delight.

Two German-Turkish immigrants living in Hamburg meet on the psych ward and have a sham wedding, so the woman can escape her possessive family. Slowly, the characters fall in love, a development which triggers a series of unfortunate events dooming the couple. Fantastic acting and Fatih Akin’s skill as a director all helped Head On win the Berlinale’s top prize in 2004.

A mother falls into a coma in 1989, weeks before the Berlin wall comes down. When she wakes up, her son works as a cable guy, her daughter makes milkshakes at Burger King, and what remains of the Wall is now a giant Coca-Cola advert. Her children assume she cannot cope with the change and resort to increasingly outrageous antics – finding pre-Wall food, making fake news bulletins, etc – to keep the pre-Wall illusion alive.

Gerd Wiesler, a Stasi agent (East German secret police), can’t help but become emotionally involved with, and inevitably deeply intertwined in the lives of the people he is meant to be spying on. The Lives of Others is a Cold War spy thriller like no other. No wonder it’s the most talked about German film of the last decade.

This masterpiece by Michael Haneke is the last German film to win the Palme d’Or at Cannes. The film moves slowly, is careful not to have any obvious highs or lows and is perhaps a little too pretentious for its own good. Nevertheless, it is unquestionably one of the top three best German films of the past 10 years.

A harried businesswoman is forced to spend time with her estranged father when he pops in for a surprise visit while she is away in Bucharest for work. If that wasn’t bad enough, her dad is the sort that likes fake teeth, being annoying, and generally embarrassing himself and everyone around him. Somehow, two unhappy people find their way to each other in this standout film.

“The Show With the Mouse” is more or less the German answer to Sesame Street. It’s been on the air since 1971 and every day teaches kids about the world. The main characters – a brown and orange mouse, a blue elephant, and a yellow duck – are animated, but the rest of the segments are live action. In the program below, viewers find out why windmills always have three blades.

A policeman moves from Cologne to Berlin in the “Golden Twenties” and becomes the new police commissioner. It’s a decade where Berlin is ablaze with fun and all the crime that is attendant to a good time. An adaptation of the bestselling novel by Volker Kutscher, the series is an international collaboration headed up by Netflix and is rumoured to have cost in the region of €40 million to make. 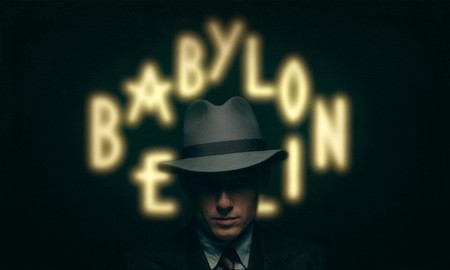 Amazon Prime’s series You Are Wanted is all about a young man who has all his personal data stolen and is then depicted by the hacker as a global eco-terrorist. With his family and life under threat, Matthias Schweighöfer does his best to fight back. But how can you fight an invisible enemy?