The 9 Best German Shoe Brands You Need in Your Life 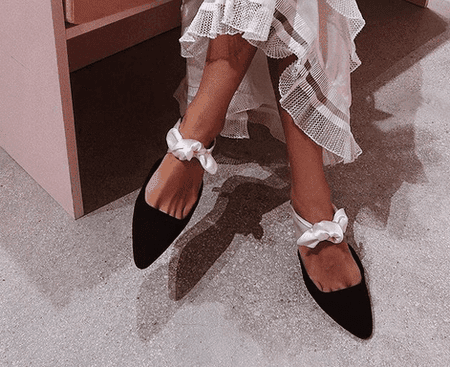 Song of Style in The Row flat shoes | © Instagram @songofstyle

German has a reputation for making extremely comfortable shoes of very high quality that make the wearer look like they’re getting ready to collect their social security check. Good news – there are several brands, some young, some old, that are keen to avoid being stuck in that trap. Here are nine of our favourite German shoe brands.

Rajab Choukair created Melvin & Hamilton in 1988 when he realised that young men were wearing classic business shoes in their leisure time. What were meant to be classic shoes evolved into classic shapes in bold colour combinations. The collection in the 21st century is very distinctive and aims to offer quality traditional English shoemaking to the younger crowd.

Here's our shoe care guide – part✌! On the search for the perfect shoe cream for your colourful shoes? We offer a wide range of shoe creams, which are as bright and colourful as our shoes. Maintain your leather shoes clean and shiny! . . . #shoecare #cream #shoecream #pink #shoelove #shoes #leather #handcraft #monks #fashion #colour #wood #honey #shiny #pretty

30 years ago Christian Bär decided that the world needed more toe freedom when it came to shoes. So, he developed his Bär Schuhe to give the wearer the feeling of natural movement. The wide toe box in BÄR shoes give the toes 100% freedom and the specially designed sole keeps the ball and heel of the foot in the same level. Bär and his sons Christoph and Sebastian have also kept an eye on design to make sure that while your foot knows the shoe is orthopedist-approved, the rest of the world doesn’t.

Beastin is the in-house label of the Munich sneaker boutique of the same name. The company has collaborated with Reebok to make the Quiet Storm shoe as well as with Garfield and German rapper Haftbefehl. The shop also carries its own line of street and sportswear.

This family-owned business in the north of Germany makes all their shoes with natural materials. Rovers are designed with comfort in mind but is careful that their products don’t look like ugly orthopedic shoes. Bold prints, modified surfaces and asymmetrical cuts make Rovers shoes something that will catch the eye for a long time.

It’s unlikely that you’ve never heard of adidas, but what you may not realise is how ingrained in German culture the three stripes are. Or how a feud between the founding brothers led to the formation of a rival company. Before adidas was tied up in a battle-to-the-death with Nike, the two founding brothers, Adi and Rudy Dassler, were fighting each other. After a a massive falling out during the Second World War, Rudy went on to found his own company, Puma. Their home village of Herzogenaurach is still the location of both company’s headquarters. 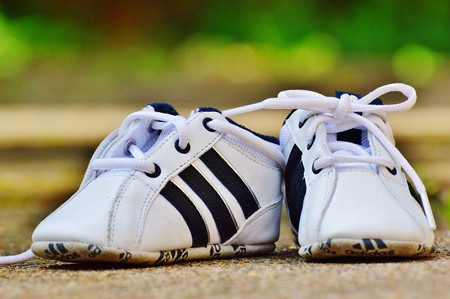 Another family owned company, Haflinger has been making top quality comfort shoes and slippers for more than 50 years. Their speciality is boiled wool, a sort of felt-like material that is hard wearing, but still soft and warm. Roomy toe boxes, cork soles and non-skid soles make them the perfect indoor/outdoor slipper.

The Puma pedigree is less entrenched in street culture than adidas, but they still make wonderfully elegant street and sport shoes. Cult classics like the Suede and State as well as modern collaborations with Rihanna and Stampd keep the brand in the news. As far as the founders’ feud goes, the two soccer teams in the Dasslers’ home village, one sponsored by adidas and the other by Puma, have finally started training together after 70 years of feuding. Baby steps. 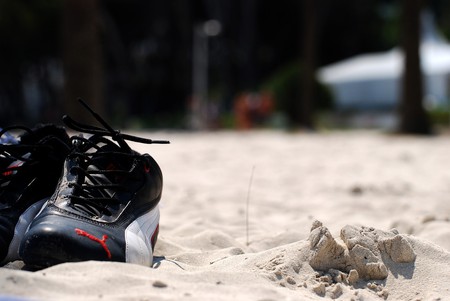 Puma shoes at the beach | ©Marcus_Bouvin/Pixabay

One of the most famous German brands, Birkenstock has been keeping summer feet supported since 1774. The famous Arizona sandal came on the scene in 1964 after soldiers returning from World War Two found Birkenstock sandals to be supportive and restorative. In America, the hippies and flower-child movement of the 1960s and 1970s brought Birks to everyone’s attention. Further surges in the 1990s and 2010s have cemented the sandal’s popularity around the world.

The east German shoe brand Zeha has 17 million wearers in the 1960s. Mostly athletes and people who wanted to look as though they were athletes. When the state-owned factory closed during the reunification of Germany in 1990s, the shoe brand all but disappeared. It was revived again in 2002 after two engineers found original Zeha shoe templates from the ’50s and ’60s in the attic of a museum Weida. Now the double stripes that were so famous in the GDR days are back.