8 Photographers From Munich You Should Know 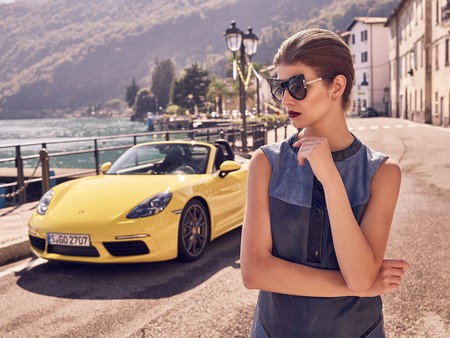 From commercial photographers with a love of cars and fashion to those whose work you’ll see on the walls of the Museum of Modern Art (MoMA) in New York, there’s a whole host of photographers from or working in Munich that you should know about. Jump right into the Munich art scene by getting familiar with the work of these eight photographers.

This Munich-native’s gritty, unfiltered shots of everyday life – from buildings to kids on sofas – have captured the attention of the art world, leading to her work being featured in public collections at the Pompidou Centre in Paris as well as MoMA in New York. Entranced by the Big Apple, she now splits her time between New York and Munich.

This commercial photographer lives life in the fast lane, specialising in photos of cars and high fashion – and often mixing the two. As a result, he’s in high demand by German car companies and shoots for Porsche and Mercedes in Italy, as well as by Paris Fashion Week and more. With his blend of stylised shots and advertising acumen, he views photography as more of a science rather than as an art – how to reach the right audience with the right photo.

Originally from Frankfurt, this lifestyle and fashion photographer now splits his time between Munich and Cape Town. Far from a one-trick pony, there’s a great variety to Köck’s work, with everything from fitness classes to campaigns against racism. You’ll also see lots of naked women – expect tasteful Adam and Eve in the Garden-style shots from his South Africa trips. His versatility has led him to found his own Munich-based creative agency.

Frank‘s large-scale photos look simple yet are incredibly complex to pull off. After working for high-profile international advertising agencies until 2010, he left to pursue something more creative. With buildings as his main subjects, he uses interesting angles and perspectives to make them look more like modern artworks than photos. His candyland series featuring pastel pink and purple buildings on the edge of the sea are utterly mesmerising. You’ll find his pictures everywhere from news publications to magazines like Wired. 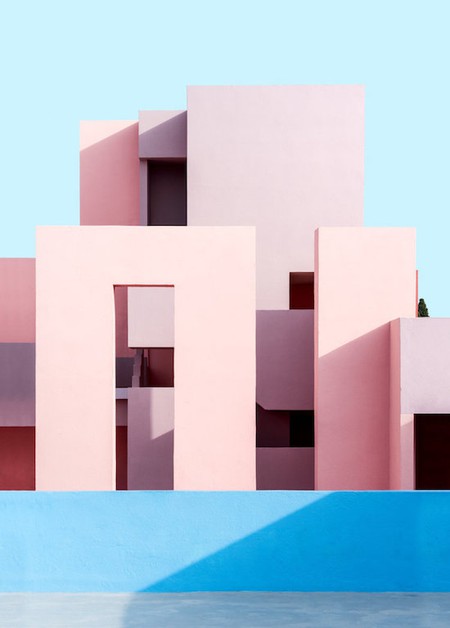 The archetypal high-end fashion photographer, Albandopulos is in high demand from magazines and brands around the world looking to showcase their latest creations. He wasn’t always a photographer; in fact, he initially trained as a dental technician in his home country, Greece, before seeing the world as a model from 1989 to 2000. Now he spends his days either working in his studio in Munich (his adoptive home) or enjoying his beach house in Halkidiki.

When the rich and famous need the perfect picture, Niko Schmid-Burgk is at the top of their list. Ranging from close-ups of wrinkled faces to studio shots of well-known actors and celebrities, his pictures capture his subjects’ personalities, pulling you in with a focus on their face and clever use of light. After graduating from Munich’s Bavarian Academy for Photography, a business trip to Australia spurred the start of his career. He honed his style photographing celebrities for Australian Vogue before building his freelance career and returning to Munich in 1991. 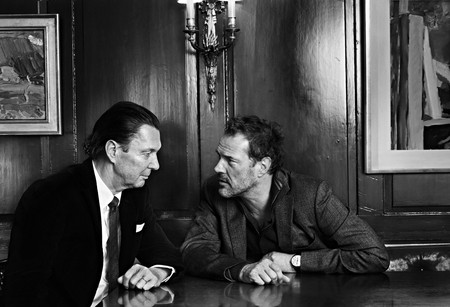 Marcus Buck studied Geology at University of Tuebingen before pursuing his passion for a life behind the camera with an apprenticeship as a photographer. Today, Buck specialises in capturing the beauty of architecture, often from interesting or unexpected angles, such as the underside of a pylon or between two skyscrapers. His work saw him get on the architecture shortlist for Sony’s World Photo Award in 2011, and he continues to hold regular exhibitions in Germany and the United States.

What happens if you mix fashion and the unexpected? Munich photography duo BRANDL-UTZT like to find out. From their Munich-based studio, photographers Felix and Jens have created their own signature style by blending unexpected combination such as flowers growing from handbags, jewellery and macarons or even dogs in perspex boots. Working together since 2008, their creative combinations have seen them extend their talents beyond just photography to creative concepts and set designs. They’ve worked with major international names including Vogue, Swarovski and GQ. 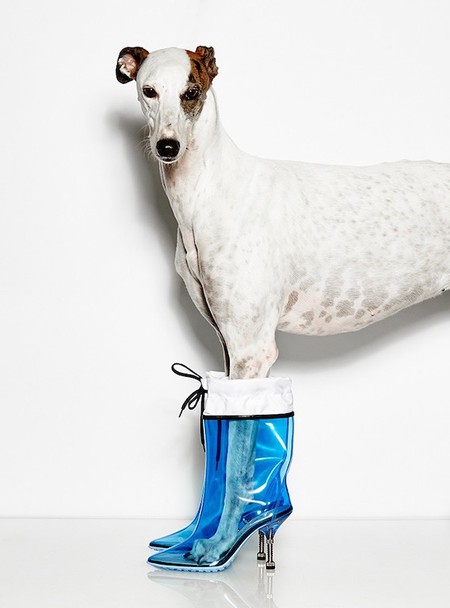 Courtesy of BRANDL-UTZT and SCHIERKE Artists
Give us feedback