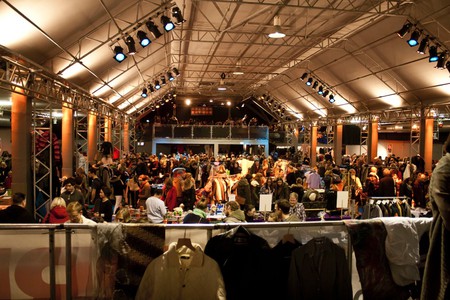 Munich hasn’t embraced the trend for thrift stores to the same extent as many other cities, but it’s still possible to hunt down a store or two, including ones specialising in second-hand designer labels. Flea markets are where Munich really comes into its own — there are many taking place each weekend from spring to autumn. Read on for our guide to where to find the best bargains.

Perhaps the best known of the Munich flea markets is the one that takes place weekly at Olympiapark. Organised by the Red Cross, it’s an enormous but civilised affair with toilets and snack stalls. It has over 450 stalls every Friday and Saturday except for public holidays. You’ll find the market between the Werner von Linde Halle and the Munich Arena. 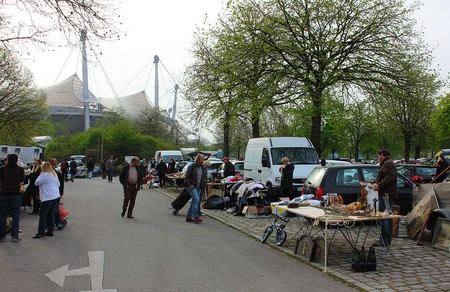 There’s a regular Saturday flea market in the parking lot in Neuperlach in the southeast of the city, about 30 minutes by train from Marienplatz. But the third Saturday of the month is extra special, as it’s all about books. Everything from picture books for children to novels is spread out on tables under the covered terrace. Located right by the Neuperlach Center on the U5 line, it’s really easy to get to, though carrying your books back might be harder.

With over 2,000 vendors, it’s Bavaria’s largest flea market. Everything from arty prints to bicycles can be found on the rows and rows of picnic tables assembled at Theresienwiese. With so many stalls, there’s healthy competition to stand out, with many using brightly coloured tarpaulins, funny signs and music. This mega-market happens once a year for Frühlingsfest (Spring Festival); the spring tradition has been going for over 25 years, with up to 80,000 bargain hunters descending on the market each year. 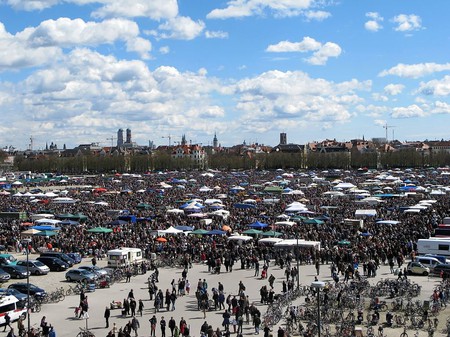 If you’re looking for an upmarket flea market experience, head to Aubing on a Friday or Saturday. The former car factory has stalls selling everything from beautiful vases to antique toys. Organisers describe it as “a museum in which you can also shop”. Most stalls are open from 11 a.m. to 5 p.m., though it varies from vendor to vendor. 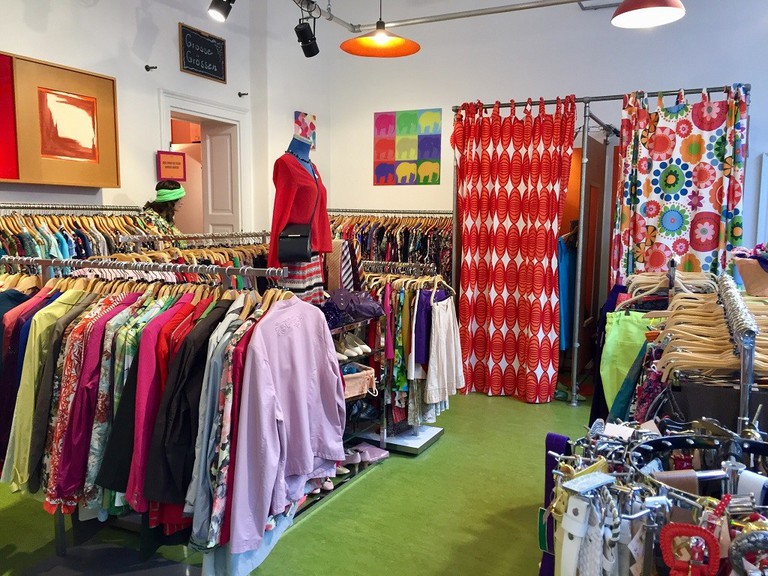 Stoffwechsel store | © Roanna Mottershead
Looking to find something really unique? Stoffwechsel is a brilliant second-hand store in the heart of Neuhausen. The stock is well organised by size, and they don’t just take whatever comes their way; they specialise in colourful, vintage clothing and jewellery. Full of hidden treasures and bargains, the store hires people who may find it difficult to get work elsewhere and is a non-profit organization. It’s not open on Sundays or Mondays.
Open In Google Maps
32 Donnersbergerstraße, Neuhausen-Nymphenburg München, Bayern, 80634, Germany
+498912159583
Visit Website
Give us feedback

There are two Oxfam shops in Munich: you’ll find one over in Maxvorstadt near the university, and one in Isarvorstadt near the river. There’s also a dedicated Fashionshop in Haidhausen. Like their counterparts elsewhere in the world, they’re a jumble of everything from dodgy knitted cardigans to tea sets and everything in between. They tend to be beautifully organised, and it’s a great chance to find a hidden gem with a lot less competition than at the flea markets.
Fashionshop, Orleansplatz 4, 81667 München, Germany +49 89 61466120
Isarvorstadt Oxfam, Fraunhoferstraße 6, 80469 München, Germany +49 89 23000210
Maxvorstadt Oxfam, Türkenstraße 81, 80799 München, Germany +49 89 27273223

If you’re not one to want to get out of bed on a Saturday morning, the night flea market at TonHalle might be the place for you. Stalls don’t open until 5pm, and this market has a relaxed vibe, with snacks available and live bands playing right up until midnight. It’s indoors, so it’s a great option if the weather has rained off any other weekend bargain hunting. It happens monthly, usually around the middle of the month, and there is a small entrance fee of €11.
TonHalle, Grafinger Str. 6, 81671 München, Germany +49 89 62834411 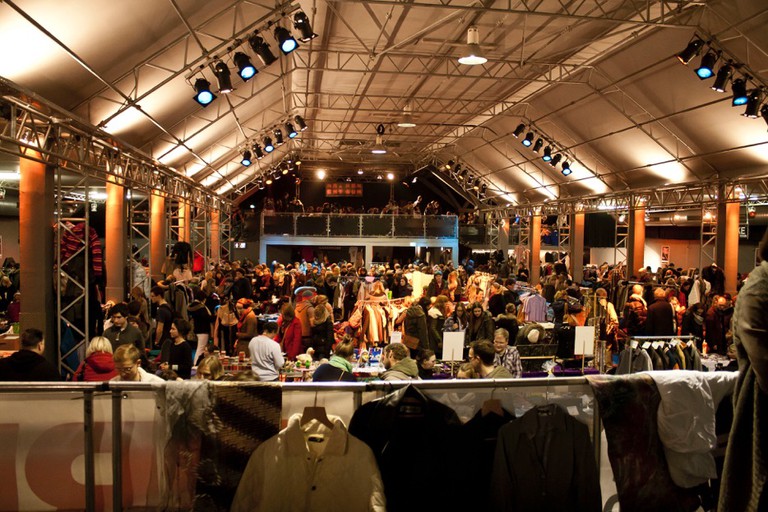 This is a second-hand shop rather than a traditional thrift store, and even that label doesn’t really do this place justice. Taking advantage of Munich’s well-heeled population, Macy specialises in designer fashion and accessories — it’s particularly good for women’s shoes and boots. All the clothing is cleaned and if repaired if necessary, so don’t expect rock-bottom prices. For those who are brand-conscious, this is a treasure trove.
Johannisplatz 20, 81667 München, Germany +49 89 48997744