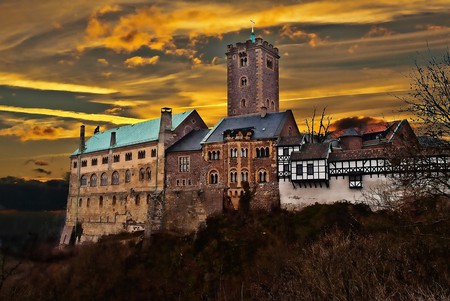 Germany is an exciting mix of medieval castles, fairytale palaces, big city marvels and stunningly stirring scenery. There is plenty on offer, but at the top of everyone’s travel bucket list are the country’s history-filled UNESCO World Heritage Sites. Here the top 7 to explore in Germany. 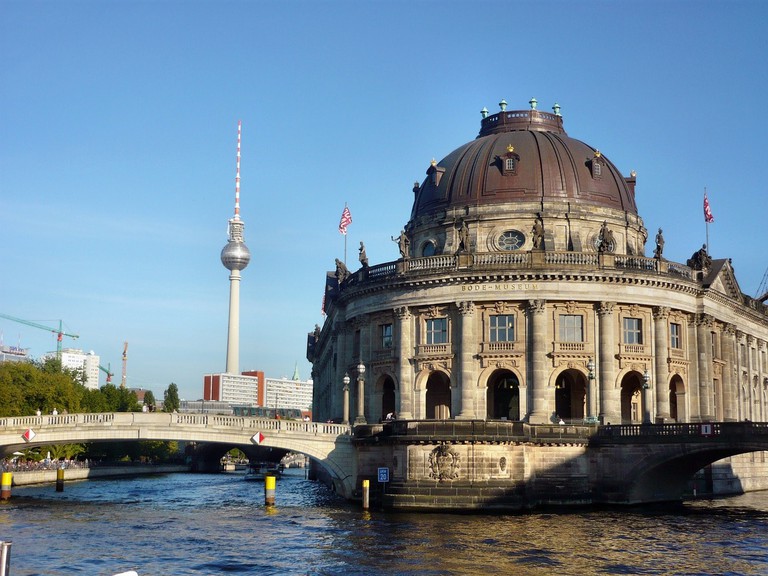 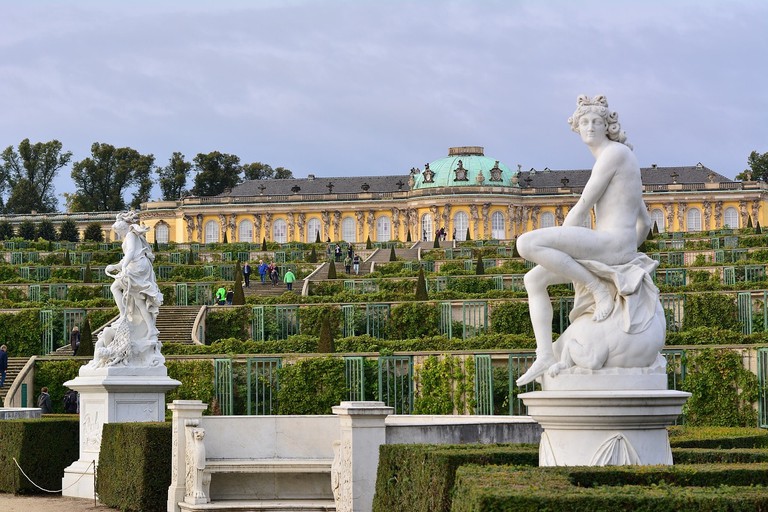 Sanssouci Palace has been drawing in Berlin tourists for years, causing many to dub its surrounding town, Potsdam, as ‘Berlin’s Versailles‘. Built in the 1740s as a summer retreat for the Prussian king Frederick the Great, the palace comprises ten meticulously decorated rooms. However, the surrounding gardens are equally charming, and it’s hard to beat the palace grounds of Sanssouci Palace for Baroque grandeur and opulence. Home to Neues Palais, massive sculptures, fountains, and a Chinese teahouse, these gardens are a must-see in the city. An exciting mix of truly European architecture and surroundings, Sanssouci Park is inscribed as UNESCO World Heritage, recognised for its cultural value and the exceptional quality of the area.

Cathedral, Church
Facebook
Email
Twitter
Pinterest
Copy link
Share
One of Germany’s most enchanting, captivating and expansive cathedrals, Cologne Cathedral is an unrivalled attraction. A stunning Gothic cathedral, it is also a World Heritage Site and boasts the title of the most visited site in Germany. Its tall spires soaring to the skies, amazing stained glass windows and the magnificent carvings adorning the exterior and interior, make it easy to understand why.

The Upper Middle Rhine Valley, or Rhine Gorge, is a 65-kilometre (40-mile) stretch between Koblenz and Bingen. Dotted with castles, historic towns and vineyards, the breathtaking views and century-spanning architecture is a unique example of evolving traditions. In 2002 the region was added to the UNESCO list of World Heritage Sites for its unique blend of geological, historical, cultural elements. Understandably, these are the same marvels that have been drawing in tourists and fellow Germans for years to explore the sloping hills, castles and manifold vineyards in the area.

Building
Facebook
Email
Twitter
Pinterest
Copy link
Share
Wartburg Castle in Thuringia is a UNESCO World Heritage Site that’s become a beloved sight among the locals. The stunning hilltop castle, built in the Middle Ages, still retains much of its original structure, while its interior has undergone renovations and is considered far more modern. The castle takes visitors on a journey through its historic, medieval drawbridge into the grounds, where they are rewarded with views of half-timbered structures, covered walkways, and a plethora of priceless artworks.

Archaeological site
Facebook
Email
Twitter
Pinterest
Copy link
Share
Trier located in the southwest of Germany is home to some seriously impressive ancient Roman relics. A former 1st century AD Roman colony, the city was once known as the ‘second Rome’. Today the city is home to a plethora of well-preserved surviving monuments of this era, standing as a magnificent testimony to Roman civilization. Dotted with a wealth of noteworthy Roman relics, the UNESCO World Heritage recognised spots have dubbed the city as one of the oldest in Germany. Amongst the sights are Cathedral of St Peter, the Church of Our Lady, an amphitheatre, Imperial and St Barbara Roman Baths, the Basilica of Constantine, and the famous Porta Nigra gate. The city is a window into the Roman civilisation and alive with rich, ancient culture. 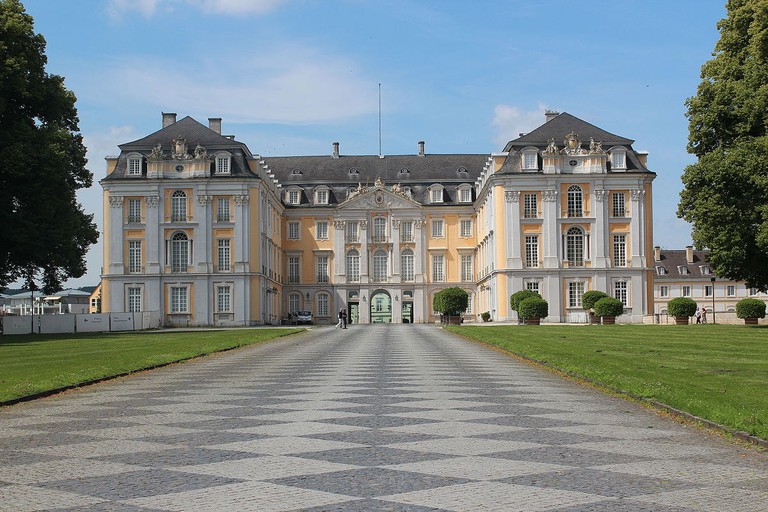 The castles of Augustusburg and Falkenlust at Brühl encompass the sprawling grounds of Schlosspark. The historic mix of castles and gardens date back to the 18th century, combining a marvellous array of art and history. Located in Brühl, the UNESCO sites include the Augustusburg Palaces, which continue to hold concerts and culture events, standing as a rococo masterpiece, while the equally stunning Falkenlust attracts visitors from around the world, ranking the spot among Germany’s top palaces and attractions to visit.