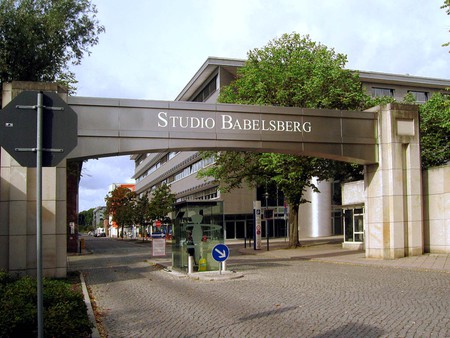 From the kings of Prussia to the royals of the silver screen, the unassuming little town of Potsdam, which lies less than 30 km (18.6 mi) away from Berlin, is bursting with star-studded surprises. Even many movie buffs know that Potsdam is home to the world’s first major film studio, Studio Babelsberg, which has been producing films as early as 1912. It’s where German actress Marlene Dietrich made a name for herself, and industry heavyweights Quentin Tarantino and Roman Polanski sat in director chairs. Here are some of our all-time favourites.

Walt Disney’s studios moved to Potsdam for the remake of this epic adventure. Based on the original novel by Jules Verne, it follows the wild tale of an eccentric British inventor (Steve Coogan) and his valet (Jackie Chan) on his globetrotting exploits.

Based on Alan Moore’s graphic novel of the same name, this brilliant and disturbing flick was brought to big-screen life in Potsdam. In a futuristic dystopia, a vigilante known only as V (Hugo Weaving) fights against the fascists in power as Evey, a young woman (Natalie Portman), gets caught in the crossfire.

Agent Jason Bourne returns to Potsdam for the filming of this action-packed thriller that rocked the box offices. The Bourne Ultimatum is the third film in the Bourne movies, with The Bourne Supremacy also shot in Potsdam just two years earlier.

Quentin Tarantino‘s epic tale starring Brad Pitt as Allied officer Lt. Aldo Raine and his band of Nazi-killing Jewish soldiers took the notably eccentric director more than 10 years to complete the script. Much of the final masterpiece was shot and edited in the famed Studio Babelsberg.

Brimming with surrealism, mind-bending ideas, science fiction and emotion, Cloud Atlas may not be set in Potsdam but certainly takes much of its independent spirit from its filming location in Babelsberg. Pus, it’s not the first time that leading man Tom Hanks was shipped to Potsdam for a picture (see lower down on our list).

Heart-warming, nostalgic, funny and outrageous, Wes Anderson employs his signature directors cut and cast to bring another visual feast to the screen. Infused with cinematic magic, The Grand Budapest Hotel owes some of its creative energy to Potsdam.

Tom Hanks does it again in Bridge of Spies, a historical drama-thriller directed and co-produced by Steven Spielberg. Hanks plays an American lawyer tasked with defending a Soviet spy in court during the Cold War. The film is named after Glienicker Brücke, the bridge connecting Potsdam and Berlin, one of the most renowned of the Cold War-era monuments.