7 Historical Things To Do And See In Wedding 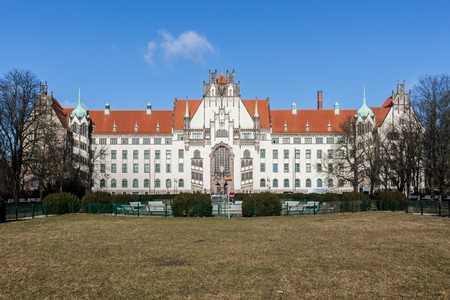 In a city so overrun with Kreuzkölln hype and Mitte types, north Berlin’s Wedding often gets overlooked. For travelers lucky enough to find themselves in this neck of the woods, we have a run-down of the best things to see and do with a focus on the area’s rich history.

A part of west Berlin during the German Democratic Republic (GDR), Wedding has never had the same attention as Kreuzberg, Friedrichshain or Prenzlauerberg. Before it was obvious that Neukölln would become trendy next, many expected that it would be Wedding. As such, there’s a certain type of Berliner that views Wedding as one of the city’s duller districts. Nothing could be further from the truth.

Built between 1926 and 1929, this 70-hectare park is one of Berlin’s better kept secrets. The park is a fun mix of traditional wooded German park (not unlike Tiergarten), as well as home to several sports facilities, an outdoor cinema, an a smattering of bars and restaurants. One of the park’s highlights is the Möwensee, a dinky lake on the edge of the park. Perhaps most interesting, however, is the park’s political history. The park is home to the Rathenau memorial (known locally at the Steuerschraube, or the tax screw), built in 1930 as a tribute to Walther Rathenau, a Jewish politician, writer and thinker and a German solider in the First World War. Rathenau was killed in 1922 by right wing extremists. During the Nazi regime, the Rathenau plaque was removed from the monument. The bronze from the original was melted down to use on a statue to Schiller in nearby Schillerpark. The monument was restored in Rehberge between 1985-87. 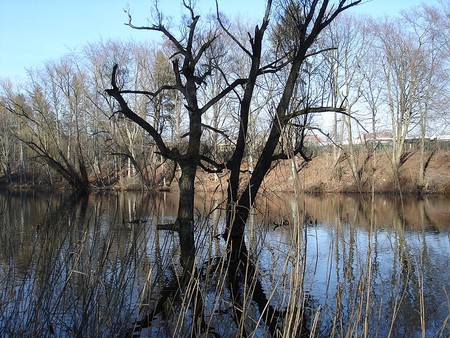 The Berliner Unterwelten tours are rapidly becoming part of the in-the-know tourist’s essential check-list. The Unterwelten tours are a unique opportunity to explore the subterranean architecture of the city. In autumn 1997, a few enthusiasts got together in order to explore this subterranean world beneath the city. The organization they founded, Berliner Unterwelten, locates and documents such hidden installations, making some of them accessible to the public. Furthermore, it uses these sites for cultural purposes (such as exhibitions, theater performances and concerts). The organization has already discovered numerous forgotten subterranean structures. The team offers guided tours through the warren below the city in a number of languages (including English and German) and the area is well worth a visit. 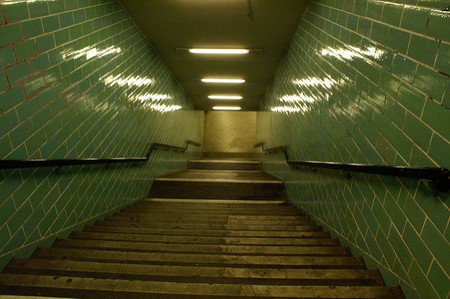 Humboldthain is another park that most visitors miss when they come to Berlin, and many locals would struggle to place on the map. Just far enough away from Mitte to avoid being overrun by the crowds, this spot offers something in short supply in Berlin: tranquility. For visitors to Humboldthain, the Hidden Rose Garden remains a special treat. With just one entrance in this heavily forested part of the park, it is easy to miss. The garden is home to several thousand roses arranged in the traditional Victorian style. The Hidden Rose Garden is only accessible in the summer, so those visiting during the rest of the year will miss out. 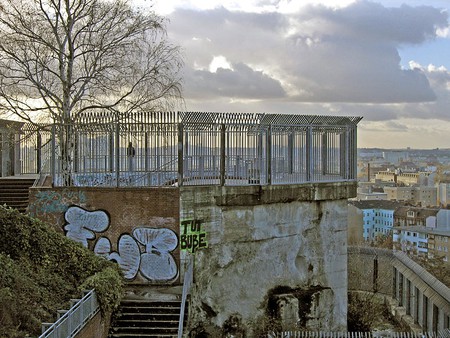 It would be easy to dismiss Plötzensee. The lake’s name is thought to come from the nearby Plötzensee prison, but some historians think that it comes from the German word plötze (cockroach) as the lake was formerly teeming with the beasties. However, its relatively horrible etymology should not deter visitors. Today, Plötzensee is home to one of Berlin’s easiest to reach and cleanest city lakes and beaches. The first public bath opened in about 1850 and over the years, there has been an army sporting ground, a man-made beach, a pub, and the conversion of the shore into a public park in the 1920s. Attached to Rehberge, the park is also home to another memorial. The Plötzensee Memorial Center commemorates the victims of National Socialism. From 1933 to 1945, nearly 3,000 people were murdered here. Today, the execution chamber is a memorial.

The largest park in Wedding, and one of the oldest, Schiller Park was built between 1909 and 1913 as a tribute to German writer Friedrich Schiller. Part of Wedding’s English District, the park is a popular spot for Ultimate Frisbee players, joggers and families. The original Schiller statue now stands in Gendarkmenmarkt in Mitte. The original statue, made of marble, was damaged. The Nazi regime decided to melt down the Rathenau monument to replace the damaged Schiller statue. Once repaired, the original statue was given to East Germany as part of a cultural exchange with the GDR, which eventually moved it to Gendarmenmarkt. The Schiller statue in Schiller Park is made from the bronze from the Rathenau original. 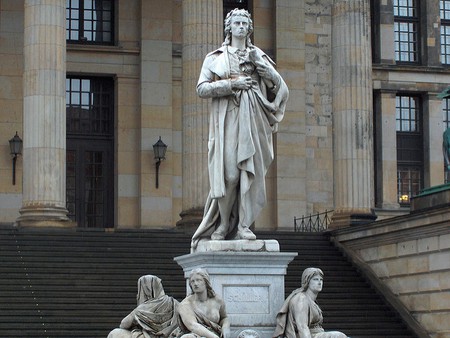 The original statue, now on Gendarmenmarkt courtesy of Nicholas Boos via Flickr

That’s right, there’s a UNESCO World Cultural Inheritance site in Wedding. Berlin is so chock-full of history that UNESCO wasn’t satisfied with only Museum Island, and has extended its attention all the way up to Wedding too (Potsdam is also listed by UNESCO, but isn’t within the city limits). The 1920s marked Berlin’s golden age when it became the creative center of modernism in art, literature and architecture. It is, therefore, fitting that UNESCO added six examples of modernist architecture in the German capital to its list of World Heritage Sites, including the English District of Wedding, in 2008. The district itself feels very different from most of the city, and with street names like Dublinerstraße and Londonstraße, for many Brits this area really is a home away from home. 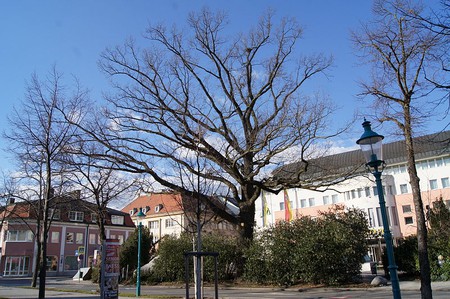 View onto the English district via Wikimedia

Wedding’s Anti-War Museum was founded by Ernst Friedrich in 1925. The museum was taken over and destroyed by the Nazi regime in 1933 and was only restored in 1982, 15 years after the death of its founder. Today, Friedrich’s grandson Tommy Spree and a group of volunteers – among them, many teachers – take care of the museum’s affairs. The museum is a non-profit organization and survives mostly on donations. Although mostly devoted to documenting the Second World War, the museum is also concerned with contemporary conflicts, and has a large section devoted to biological and chemical warfare in the modern world. The museum is very different from the well-funded national museums in Mitte, and all the more interesting for it. For an independent take on the state of Germany and the world, the are few other alternatives in Berlin. 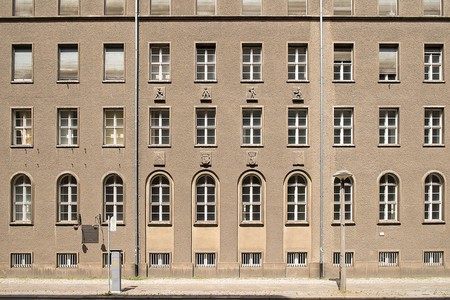