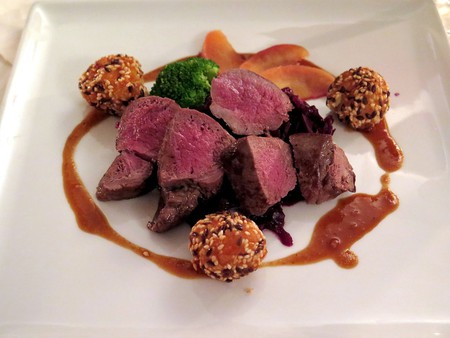 The landscape of the Harz region is composed of rugged mountains and valleys, rolling hills, forests and bubbling rivers, which provide local restaurants with all kinds of culinary goodies which are incorporated into the authentic cuisine – be it deer, fish, herbs or mushrooms. Read on for our list of the seven foods you need to try when you’re in the area.

Like pretty much every region in Germany, the Harz Mountains proudly produce local sausage specialities. The Harzer Schmorwurst is a staple food at many traditional restaurants and pubs – the sausages are made from minced pork with bacon and cumin, scalded and then smoked. The so-called Brägenwurst is a tad fattier but just as popular and a platter is usually accompanied by cooked kale. 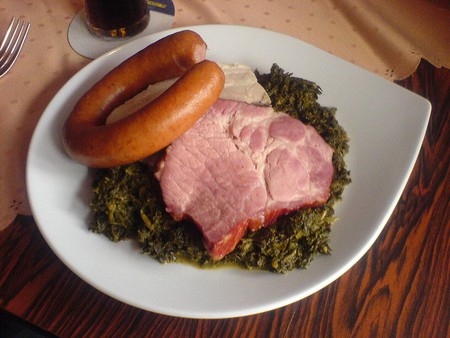 Karnickel, the local roast rabbit recipe takes a few days to prepare and is usually served at special occasions. Before the actual cooking begins, the meat is soaked in large amounts of buttermilk in the fridge for several days, to soften the gamey taste. After three days, the rabbit meat is taken out of the buttermilk brine, seasoned and briefly fried in oil on all sides. Vegetables are added to the stew pot, dashed with red wine and cooked in the oven for several hours. The ready meat is incredibly tender and traditionally served with a purée of the veggies, potatoes and thickened gravy.

Harzer Roller is the name for a local cheese speciality. The high-protein cheese has a maximum of only 0.5% fat and is made from low-fat quark, another dairy product commonly found in Germany. If you’ve been to Hesse and have tried their ‘Handkäs mit Musik’ cheese, you’ll notice the similarity. In the Harz Mountains, it’s usually served with a slice of mixed wheat and rye bread, onions and Schmalz. The latter might not be everyone’s cup of tea as it’s nothing else but lard – spreadable pig’s fat. 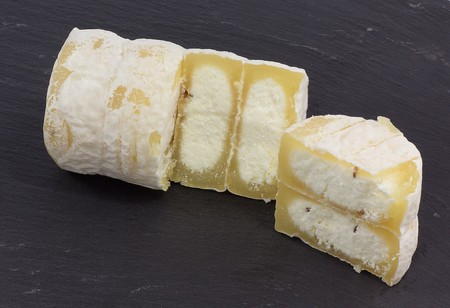 For this traditional dish, pork neck steak is marinated with salt, pepper, basil and freshly crushed garlic, overnight. The next day it’s sprinkled with a bit of fruit vinegar and browned in a frying pan before apple cider is poured over the meat, the dish is then cooked in the oven until done. The Mostbraten is often served with potatoes, a side salad and the apple-infused gravy.

Deer is a popular item on the food menus of the region and roast venison tops the charts. There are several approaches to prepare this authentic meal. Some soak the steaks in buttermilk, just like the Karnickel dish above, others slow-cook the meat in the oven, but whichever method is used most chefs incorporate wild herbs from the Harz region into the dish and serve their roast venison with cranberry sauce.

This is a Harz river trout species and is the most popular fish-based dish of the region. Caught in the cold streams and mountain lakes of the area, the fish is as fresh as it gets when it arrives in the kitchens of traditional Harz restaurants. The method of preparation varies from braised to pan-fried or smoked but the river trout fillet is most commonly served with seasonal veggies and potatoes.

If there’s one dessert you should try, it’s Schmandkuchen. The dough is based on a pretty standard yeast dough recipe of flour, sugar, salt, yeast, milk and eggs and butter, which is kneaded until entirely smooth. The chilled dough is put in a baking dish and topped with a delicious fluffy filling of egg yolks, semolina porridge, sugar and beaten egg whites. Once baked, the sheet cake is sprinkled with icing sugar and usually devoured immediately. 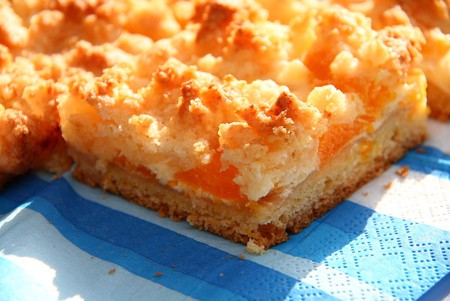 Schmandkuchen with mandarines | © Katrin Morenz / WikiCommons
Give us feedback