7 Foods You Need to Try When You're in Nuremberg 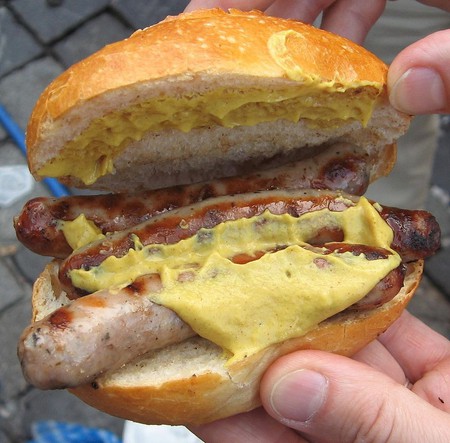 The Franconia region of Bavaria, Germany, has its own distinct cuisine, and Nuremberg happens to be a major hub of Franconian delicacies. Most specialties of Nuremberg are meat-based, with particular emphasis on sausages served in various ways. Here is a list of yummy snacks and dishes that you can’t leave Nuremberg before trying.

Don’t make the mistake of dismissing the Nuremberg sausage as just another sausage. The truth is, there are several laws pertaining to the production and sale of this popular snack. For example, a Nuremberg sausage is not allowed to be over 9 centimeters (3.5 inches) long or more than 25 grams (.9 ounces) in weight, it can only be made out of minced pork and its fat content should not exceed 35%. Also, only sausages produced in Nuremberg have the right to be called Nuremberg sausages. Nuremberg produces over 3 million sausages every single day, much of which is exported to all over the world. 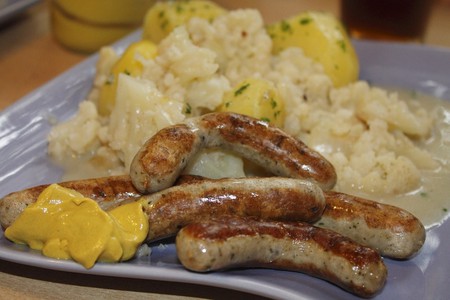 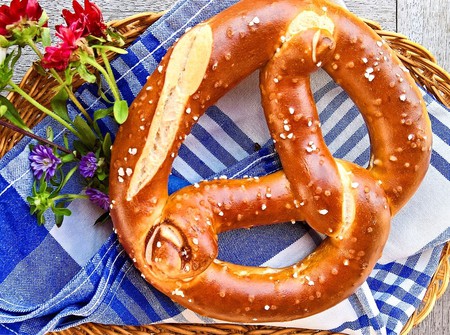 Roasted almonds are a healthy choice to satiate light hunger pangs. Christmas markets in Nuremberg are thick with the irresistible smell of roasted almonds, which are best enjoyed with a steaming mug of mulled wine. Luckily, these are also available all through the year. While many stalls serve them plain, a version of this snack is sprinkled with sugar. 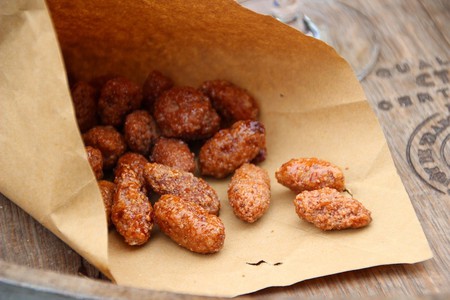 Leberkäsweggla is a rather unique creation, and a very popular item in fast food stalls, supermarkets and Christmas markets in Franconia and parts of Austria. Leberkäse (liver cheese) is prepared by grinding together corned beef, pork and bacon, and baking the fine mixture till it attains the look of a loaf of bread with a crispy brown crust. Sliced leberkäse, when served sandwiched between two pieces of semmel (wheat flour bread roll with a hard crust), is called leberkäsweggla (alternatively known as leberkäsweckle and leberkäsesemmel). 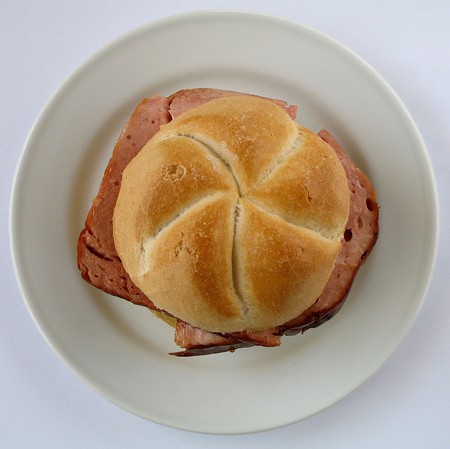 Three is not a crowd – at least not in Drei im Weggla, Nuremberg’s absolute-favorite snack consisting of three sausages in a single bun. The name translates to Three in a Roll and is made by horizontally slicing a hard Weggla (roll) in half, placing three small roasted Nuremberg sausages in it and smothering it with mustard. It’s hearty and filling and an integral part of a holiday in Nuremberg.

Schäuferle (pig’s shoulder meat) is a hearty traditional dish that pork-lovers can’t get enough of. Different versions of it are available in various places in Franconia. In Nuremberg, it is prepared by treating pig’s shoulder meat, pork rind and bones in salt, pepper and cumin, adding a generous amount of beer and vegetables, and baking the concoction for a few hours, till the meat is soft and almost separated from the bones. It is served with a side of salad. 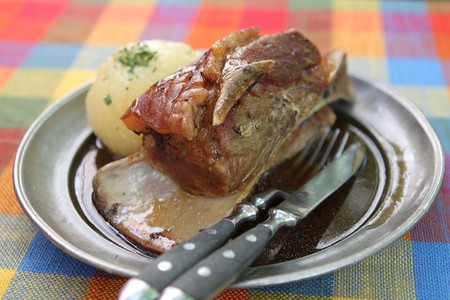 The popularity of Franconian gingerbread (lebkuchen) can be traced back to the 13th century. While lebkuchen are popular all over Germany, the ones sold in Nuremberg stand out because of their unique taste. These concoctions are made of flour, ginger, cloves, cinnamon and nuts, and simply melt in your mouth. They come in various shapes and with creative toppings, and also in gift packs. 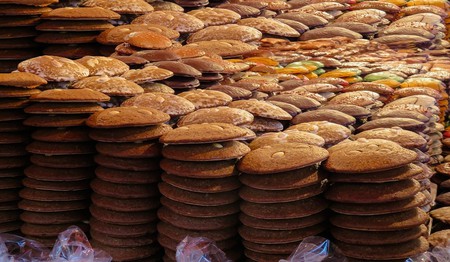 Lebkuchen | © Gellinger / Pixabay
Give us feedback