7 Foods You Need to Try When You're in Kiel 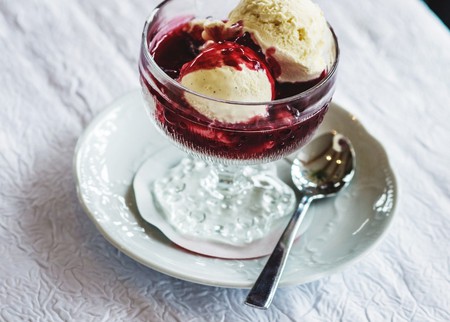 Like the rest of Germany, Schleswig-Holstein cuisine is dominated by hearty meals, and over the centuries, Scandinavian and British influences have also found their way into Kiel’s kitchens. We’ve picked some of the all-time favourite foods you need to try when you’re in town. Read on for our top seven.

Kiel’s most famous fish delicacy is the so-called Kieler Sprotte. The small, herring-like fish are commonly found in the Baltic Sea waters and caught locally before they’re smoked in their entirety and packed in wooden boxes. Kiel used to be the trade centre from where this culinary speciality was shipped all across Europe. You’ll find them on menus across the city and as a to-go snack at markets. To eat them, cut off the head and then carefully twist and pull the tail to remove the main fishbone. 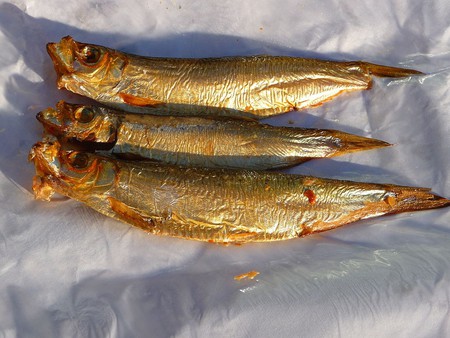 Vegetarians can rely on Schnüüsch, local veggie soup or stew which is made of green and broad beans, peas, potatoes, kohlrabi and carrots which are slowly cooked in milk and refined with parsley, seasoning and butter. The non-vegetarian version is often served with a side of pickled herring or Holsteiner Katenschinken which is a local take on cured ham.

Pears, beans and bacon – that’s pretty much it for this regional speciality. The no-fuss recipe dictates for the bacon to be boiled in a pot of water, the cleaned green beans are washed, chunked up and added after a while, followed by the unpeeled pears. Additionally, potatoes are cooked in a separate pot, and when everything’s done, the individual ingredients are arranged on a plate and topped with the leftover broth. 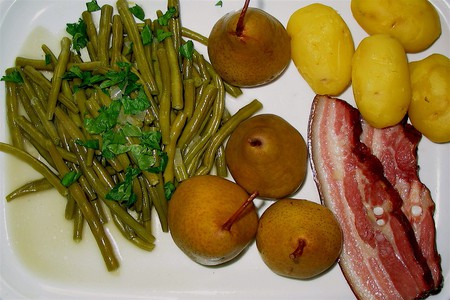 Another popular dish of the Holstein region drew inspiration from the English bread pudding when the recipe arrived in continental Europe. Egg yolks, semolina, flour and milk are mixed into a dough, the whisked egg whites are carefully added, then the whole mass is pressed into a cloth and steamed until solid. The bread dumpling is served along with a pork belly and morello cherry sauce.

Traditional Holstein cuisine discovered kale long before it became a fitness and health food trend and incorporates the green cabbage in a variety of dishes, including salads, soups and hearty meals. One dish you find on the menu of plenty of Kiel’s traditional restaurants is Grünkohl mit Kassler – kale and gammon. A standard platter is filled with cooked kale, cured and smoked pork, fried potatoes, pig’s cheek, smoked mettwurst sausages and a dab of mustard. 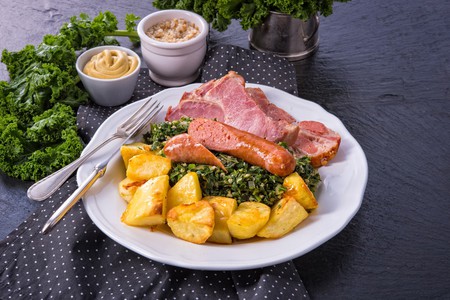 During the cold winter months in northern Germany, everyone appreciates a warming bowl of soup, though this one is a little different. The main ingredients of the so-called Fliederbeersuppe are elderberry juice, diced apples and plums. A bit of rum adds extra flavour and ensures a warm, fuzzy feeling. The soup either comes with bread or semolina dumplings.

If you’ve been to Scandinavia, the chances are that you’ve come across this yummy dessert before. In northern Germany, the dish is equally popular. For the traditional recipe raspberries and red currants are boiled, strained and mixed with sugar, lemon juice, vanilla and red wine before being thickened with flour or starch. The red berry compote is often served with cream, vanilla sauce or ice cream.