7 Foods You Need to Try When You're in Frankfurt 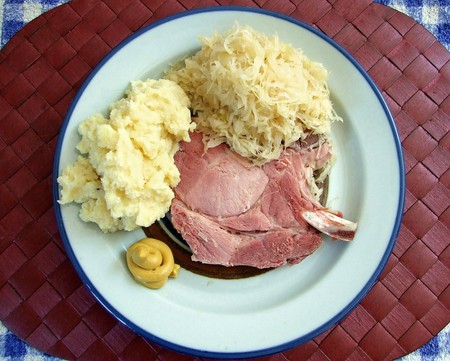 There are a ton of Hessian culinary specialities worth trying when you’re travelling across Germany, but the state capital has a few aces up its sleeves on top of that. We had a look at what Frankfurt has to offer regarding food and drinks and compiled a list of the top seven foods you need to try when you’re in town.

Once again German sausages make the list of the top local specialities. Frankfurter, as they’re commonly called, distinguish themselves from most of their popular cousins through several factors. The pork sausages are comparatively long and cooked in boiling water for a few minutes before served with a slice of white bread and mustard and horseradish. 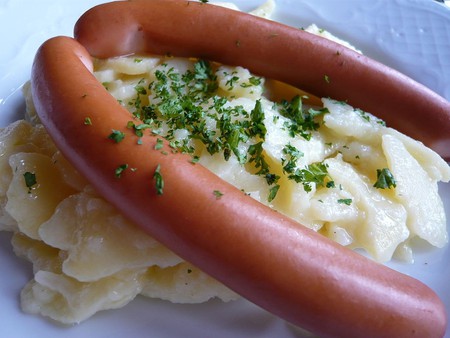 Cheese-lovers who visit Frankfurt are in for a treat. Handkäs mit Musik translates to ‘hand cheese with music’ and refers to it being formed by hand, while music is metaphorical speak for the pungent flavour. The low-fat sour milk cheese speciality is served in most gastro pubs and restaurants and is marinated in oil and vinegar, salt, pepper, onions and, most importantly, caraway.

What Germans outside of Hesse will never understand is the fuss locals make about their favourite sauce. Grüne Soße merely describes a blend of seven chopped herbs and either mayonnaise, yoghurt, sour cream or quark cheese. The cold sauce is then poured over boiled eggs and potatoes or sometimes a brisket of beef. But given the locals’ enthusiasm, you should give it a try. You’ll encounter the green condiment wherever you go. 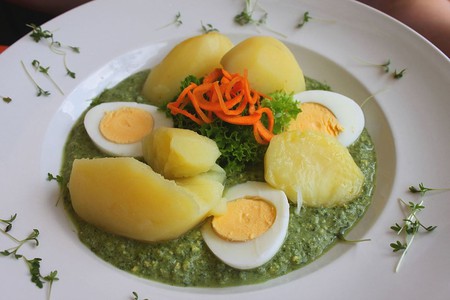 While the rest of Germany’s inhabitants are passionate beer drinkers, Frankfurt locals often come together over a glass of Äppelwoi – their take on cider. The taste is a lot more tart and sour compared to what you may be used to from the UK or US, but it’s refreshing once you’re used to it. The Sachsenhausen district of Frankfurt is home to some traditional locales which serve the beverage in the typical Schoppen glass.

Germans do enjoy good and proper food, and Frankfurt’s traditional dishes are hardly an exception. One of the all-time favourite meals is the so-called Frankfurter Rippchen, which are cured and slow-cooked pork cutlets. They’re most commonly served hot with Sauerkraut, potato mash and mustard. Cold leftovers are fantastic with just bread buns and potato salad.

A lot has happened since the Frankfurt local butcher shop Gref Völsing opened its doors in 1894. Their home recipe for beef sausage is the epitome of a local speciality which has long gained cult status. Shops and restaurants across the region have reached a consensus that the Völsing Rindswurst is the best you can get. It’s often served as a no-fuss snack with rye bread and mustard.

It’s time for dessert. Frankfurter Kranz refers to the ring shape of this popular cake. The simple sponge cake is cut horizontally into three layers; the two bottom layers are then spread with buttercream icing and strawberry or cherry jam, stacked on one another and then coated with even more buttercream. The entire mount of deliciousness is then sprinkled with krokant, caramelised brittle nuts. 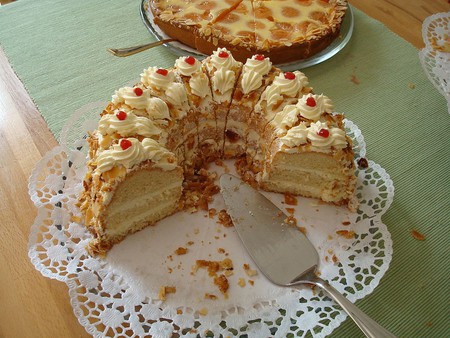