7 Foods You Must Try in Augsburg, Germany 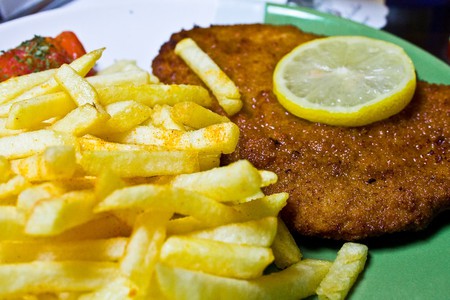 Augsburg is the perfect place to treat yourself to a memorable culinary adventure. It is a hub of Bavarian cuisine, known for hundreds of types of sausage and an array of meaty specialties. The local dishes of Augsburg also exhibit clear traces of delectable Swabian cuisine. Here are seven yummy dishes that are sure to add flavor to your Augsburg holiday.

It is no secret that no one does sausages like the Germans do. Of the few thousand ways of eating sausages in Germany, Weisswurst (white sausage) is among the most popular. It is made by stuffing pork back bacon and minced veal, flavored with parsley, lemon, and spices, into pork casings and boiling them in water. It is a filling, hearty dish that is usually consumed at breakfast. It is traditionally served with Bavarian sweet mustard with pretzels on the side. 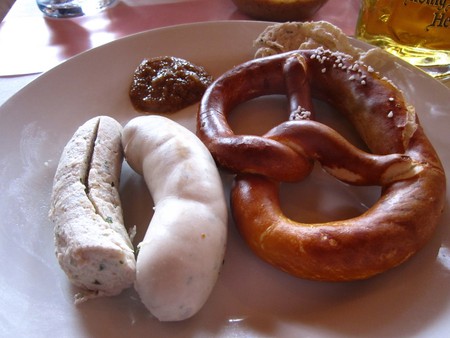 If you are a serious meat lover, you can never have enough of Leberkäse. Corned beef, pork, and bacon are finely ground and baked in the oven, until the mixture achieves the appearance of a bread loaf with a crispy brown crust. German food law makes it compulsory for Leberkäse that is sold anywhere except Bavaria to contain liver, making Bavarian Leberkäse stand out from its counterparts. 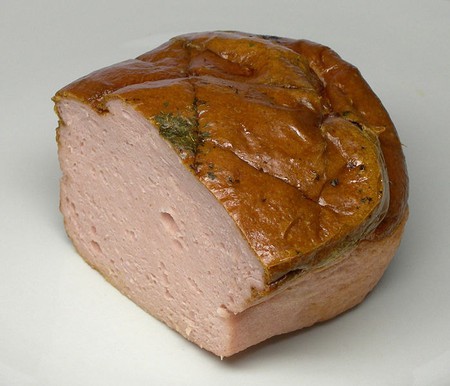 Leberknödel (liver dumpling) is prepared by making dumplings out of liver, bread, eggs, and spices and cooking them in beef broth. In Augsburg, Leberknödelsuppe (liver dumpling soup) is an extremely popular dish. Alternatively, Leberknödel can be served with a side of mashed potatoes. 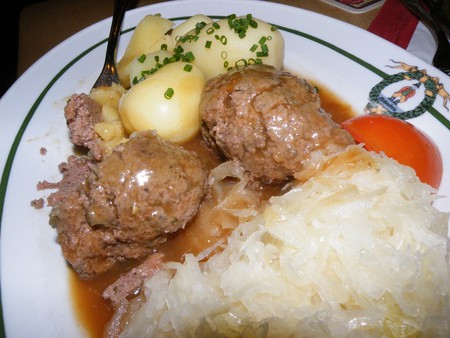 Wherever you look in Germany, you will find sausages. Sometimes you will find them in places you would least expect them – like salad! Wurstsalat (sausage salad) is a flavorful concoction of thinly sliced cooked sausages of two or three kinds, onion rings, gherkins, radishes, and parsley, drizzled with vinegar and seasoned with salt, pepper, and paprika. 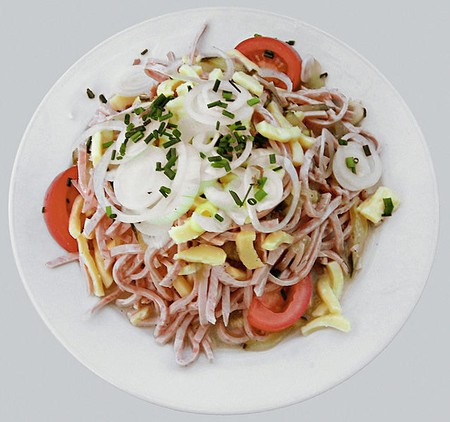 Schnitzel is made by hammering meat slices to make them flat, breading them, and frying them in oil. In Bavaria, Schnitzel traditionally refers to pork cutlet that may or may not be breaded. Turkey, chicken, and veal schnitzels are not uncommon either, and some vegan restaurants even offer tofu or soy variations. When you order it in Augsburg, expect thick slices of Schnitzel served with French fries, mashed potatoes, or potato wedges.

Schweinshaxe is as delicious as it sounds intriguing and is the star of Bavarian beer gardens. It is a roasted pork knuckle that is marinated for days and slow-cooked to make it brown and crispy on the outside and juicy and falling-off-the-bone-tender on the inside. It comes with a side of boiled potatoes or Sauerkraut (fine slices of fermented cabbage, another German specialty). 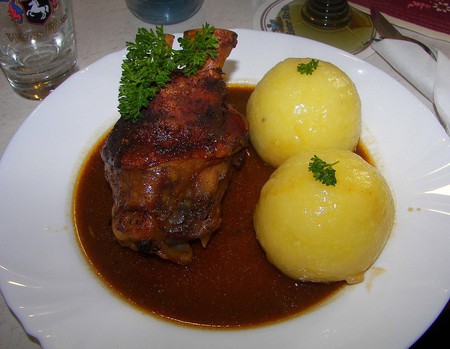 Is it pasta? Is it scrambled eggs? No, it is Spaetzle, a kind of egg noodle that is usually associated with Swabia, but is loved all through the country and beyond. To cook Spaetzle, a batter of eggs, flour, salt, and milk is prepared. Either using a Spaetzle maker or manually, the batter is dropped in small drops into a pan of boiling water and cooked for a few minutes. A dash of butter is added before serving. 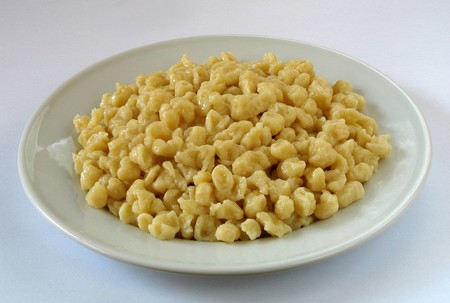 Spaetzle | © Kobako / WikiCommons
Give us feedback