7 Fascinating Facts About the German Language

With 90 million native speakers, German is the 11th most-spoken language in the world. In Europe, it ranks as number 1, with about 16% of the continent’s population speaking German as their first language. In addition to Germany, people in Switzerland, Austria, Luxembourg, Liechtenstein, North Italy, Alsace and Lorraine in France and the southern part of Belgium all speak German. In second-language circles, German gets a lot of flack for having three genders, four cases and some enormous compound nouns. Here are eight fascinating facts about the German language.

The German Alphabet Has One More Consonant Than English

German and English use the same script (Roman), but Germans, in an effort to be more precise, have an extra consonant, the sharp s or ß.  In English, this is written as ss, but this can sometimes result in confusion. For example, Masse means ‘mass’, but Maße means ‘dimensions’. The vowels a/ä, o/ö and u/ü also have their own keys on a German keyboard.

Language teachers love to point out that English and German share similar roots and much of their vocabulary, so learning the language shouldn’t be that hard. In contrast, French and English share just 27%. However, when a language-learner is drowning in irregular verb endings, case declensions and article gender roulette the two languages can seem worlds apart. To get some perspective, consider the fact that while humans and chimps share 95% of their DNA, a 60% similarity is the same as the DNA shared by a human and a fruit fly.

The 24-hour clock commonly used in Europe is easy enough to figure out, but care is required when you start speaking German and need to make an appointment with someone. If an English person tells you to meet at half three, they mean 3.30, or halfway after three. In Germany, half three means 2.30, halfway to three. Maybe this explains why Germans are so rarely late.

There are about 30 German dialects in use today, and while they are not spoken as commonly as in previous years, it is still normal for people to use dialect at home with their families. Some parts of the country, such as Bavaria and the Rhineland, have a much stronger dialect culture than others. All German speakers speak Hochdeutsch, the Standard German used in writing and public life .Although it is similar in function to BBC English or Received Pronunciation, using Hochdeutsch doesn’t mean you’re posh. Germans show their education and social class in other ways. The prominence of Hochdeutsch is largely due to Martin Luther’s 15th-century Middle German Bible translation. Though all main newspapers and magazines are printed in Hochdeutsch, each region has its own small papers and radio shows in dialect.

It Used to Have Its Own Script

Even though German and English share an alphabet, for many centuries they didn’t share a script. German printed text is traditionally written in a Gothic style dating from the 14th century, called Fraktur. After 1945, for a number of reasons, one of which was ever increasing cross-Europe cooperation, Fraktur faded from popular use. All but the youngest of Germans learned cursive writing at school with a fountain pen, using Sütterlin, a script that is almost unintelligible to second-language German-speakers. 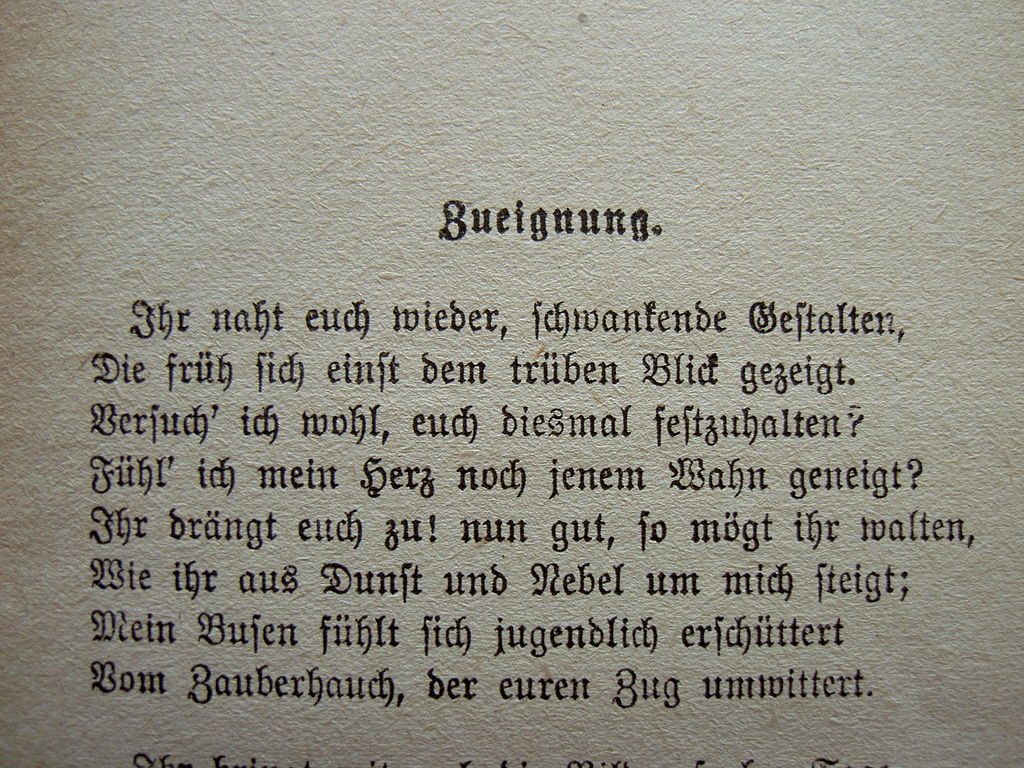 It Looks the Way It Sounds

Many parts of learning German are complicated. Pronunciation is not. Like Spanish, letters make one sound, and combinations of letters make the same sound every time. German avoided the vowel shift that made modern English spelling a total disaster to learn. Once the new sounds are learned, any word can easily be pronounced, even if it has never been heard before. Small mercies.

Like French, Russian and Spanish, German has formal and informal way to say you. For grammar nerds, that is second person singular and second person plural. In German, du is the informal singular form and Sie is the formal plural.

In general, you use du with people who are roughly your age or younger or, at work, your position or lower, and Sie with everyone else.  A person who is just trying to ask a question or two in broken German doesn’t have to worry much; it will be clear that no offence is intended. One advantage to using Sie all the time is that it takes the infinitive, so there’s no need to bother remembering the correct conjugation.

Another quirk of German culture is that men and women you don’t know in your private life (that is, if they haven’t had several dinners at your house or seen you in your pyjamas), are addressed using Herr or Frau (‘Mr’ or ‘Mrs’).  It sounds old-fashioned to English speakers to address a 20-year-old woman as ‘Frau Schmitz’, but to a German, it sounds like good manners.

It Has False Friends

Even though German and English share a lot of vocabulary, there are some hilarious traps that, in language-learning circles, are known as ‘false friends’. You think the words mean the same, but they don’t. Here are few of the most common: