Since the premiere of Inglourious Basterds, German-Irish actor Michael Fassbender can be counted as one of the members of Hollywood’s first league. He proved his talent not only in blockbuster movies such as 12 Years A Slave but also in independent productions like Hunger and comedy movies like Frank. Here is an overview of his most famous movies, so far. 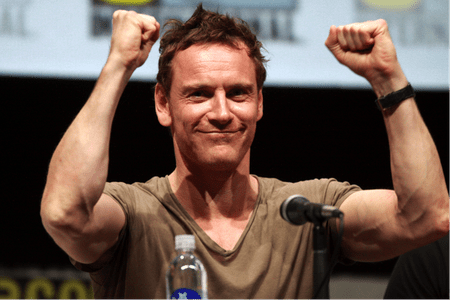 Hunger, a historical drama film by director Steve McQueen, is regarded as Fassbender’s breakthrough movie. It earned him worldwide recognition as a serious actor. Fassbender’s role shows him as the IRA prisoner Bobby Sands who tries to gain the status as a political prisoner by the means of a hunger strike. In order to depict the hunger strike realistically, Fassbender lost 20 kilograms while filming. His performance was praised by critics.

Directed by Quentin Tarantino, Inglorious Basterds is a German-American war film also starring Brad Pitt, Diane Kruger and Christoph Waltz. Tarantino’s masterpiece is a fictional historical movie about the Second World War, consisting of two plots that aim to end Germany’s Nazi leadership. Fassbender plays Lieutenant Archie Hicox who is a film critic from Great Britain and specializes in German movies. Fassbender often takes the role of the German because he was raised bilingual and is, thus, able to speak with a German accent.

So far, Fassbender has starred in two movies of the Marvel comic adaptation of X-Men as Erik Lensherr, or better known as villain Magneto. X-Men: First Class aired in 2011 and shows how good and evil took their respective sides. It includes crucial points in history, such as WWII, where Fassbender’s character is captured as a child in a concentration camp. In X-Men: Days of Future Past, Fassbender and co-star James McAvoy have to travel back in time to prevent future happenings. In 2016, X-Men: Apocalypse will be released.

Shame is another award-winning film directed by McQueen. The movie is set in New York City where an executive (Fassbender), who is addicted to sex, finds himself emotionally unavailable for any kind of affection, even from his sister who is played by Carey Mulligan. Mulligan’s character aims to help her brother, but he only compensates his miserable feelings with sex. The critical reception of the movie was predominantly positive, praising the performances of both protagonists. For this role, Fassbender won a Volpi Cup for Best Actor at the Venice Film Festival. 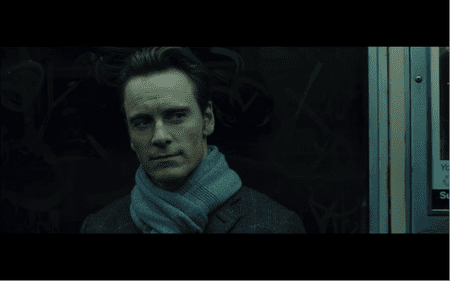 In 2013, this Oscar-winning movie, yet another collaboration with English film director McQueen, was released. It is an autobiographical drama about an African-American man who was born free and then captured and sold as a slave. Fassbender plays Edwin Epps, a man who owns a plantation and reigns sadistically over his slaves while continuously abusing them. He earned an Academy Award nomination for Best Supporting Actor. 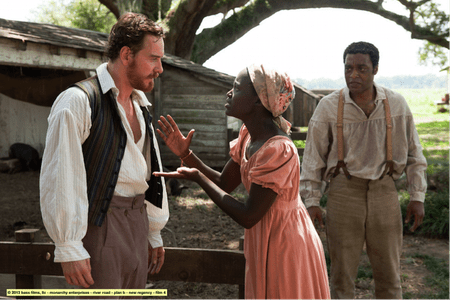 The 2013 crime thriller, also starring Penélope Cruz, Cameron Diaz, Javier Bardem and Brad Pitt, revolves around a counselor (played by Michael Fassbender) who finds himself in the midst of a drug deal that goes beyond the U.S. border to Mexico. Fassbender’s performance in this movie shows him as the protagonist and underlines his ability to play multiple characters — not only the villain but also the good guy.

In this comedy-drama, Fassbender plays Frank, a character who continually wears a papier-mâché mask in order to cover his face. Frank is a weird, eccentric bandleader who has had a difficult childhood and seems to be afraid of going on stage. It proved to be difficult to show emotions with the mask while acting; however, Fassbender said that he enjoyed playing with it, and his performance was praised by critics. Also, the movie as a whole received top-notch reviews.