6 Things You Didn't Know About Friedrichshain

One of the 12 districts in Berlin and previously a part of East Berlin, Friedrichshain has undergone much gentrification and development and is now one of the most vibrant and trendiest areas in Berlin. In addition to being the home of well-known clubs such as Berghain, the historical Karl-Marx-Allee and one of Berlin’s biggest attractions, the largest remaining section of the Berlin Wall, there are some fascinating facts about Friedrichshain that you may not have known. 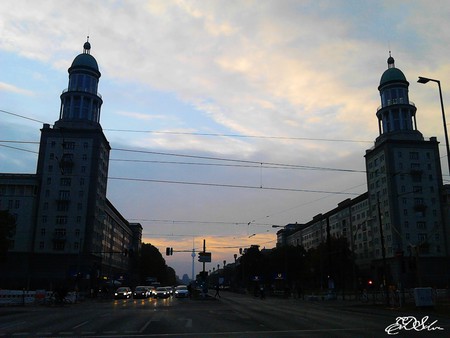 Friedrichshain is host to Berlin’s oldest public park, Volkspark Friedrichshain. With the oldest parts created between 1846 and 1848 on the grounds of a former vineyard, the park has undergone various changes over the years. Used by the Nazi military during World War II, much of the park was destroyed. The Märchenbrunnen (Fairytale Fountain) survived, however, which was initially built for the children of Berlin in 1913 when typhoid and rickets were a huge threat. Today, the park has a sports complex, playgrounds and an open-air cinema.

The first muncipal hospital in Berlin, Vivantes Klinikum, was designed by Martin Gropius and Heino Forging and opened in Friedrichshain in 1874. This hospital is and always has been one of the leading hospitals in Berlin. 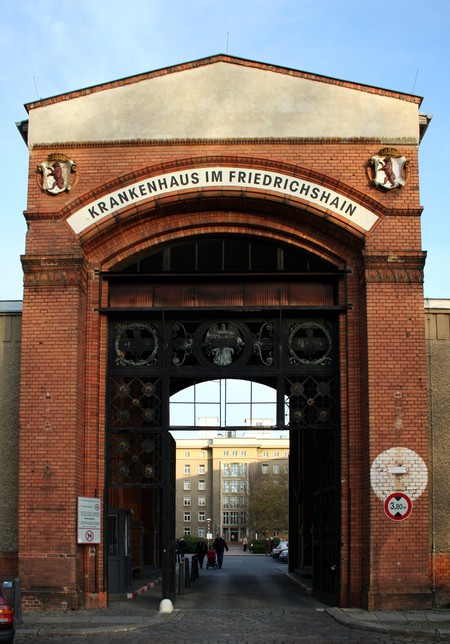 Gate to the hospital built around 1870 | © Maria Krüger/wiki

Friedrichshain had the largest cinema in East Germany – Kosmos. The architecture of the building was designed differently to its tall, late-Stalinist ‘wedding cake’ style neighbours: the building is smooth and rounded. Opened in 1962, Kosmos was used as a premiere cinema until 1989. During the 1970s the building was also used to celebrate the Jugendweihe of many students. However the cinema was closed in 2005 and has now been reopened as a convention center.

The Sport und Erholungszentrum built in 1981 was the largest, most complex and ambitious sports project in Germany at the time. Within the first five years of it being opened, it attracted around 16 million visitors. As well as being a sports center, the complex was also host to many events such as theatre, cabaret, dancing and concerts. The original complex was closed in 2001 but has since been renovated, re-imagined and reopened.

It is commonly known that the largest remaining section of the Berlin Wall resides in Friedrichshain. This section of the wall has of course been painted over and is now named the East Side Gallery. What is lesser known however, is that this gallery is in actual fact, at 1.3km long with 105 paintings, the largest open-air mural gallery in the world.

East Side Gallery | © El-Moe/flikr
Give us feedback