17 Delicious Dishes That Are Worth a Trip to Germany For 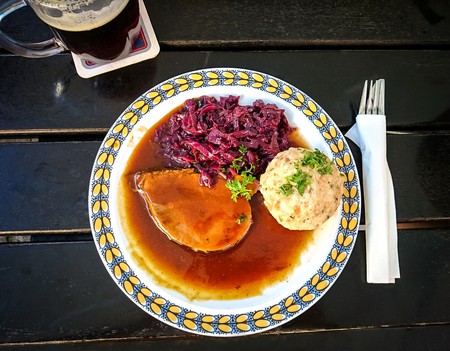 German cuisine is more than just sausages and potatoes. Across the country, regional dishes incorporate a great variety of ingredients, and some of the creations might surprise you. From Königsberger Klopse to Labskaus, here are 17 delicious dishes that are worth a trip to Germany for.

Weißwurst is the Oktoberfest and Bavarian brewery staple food. Veal or pork meat with bacon are finely ground and cooked in salt water before being served with sweet mustard and pretzels and washed down with a litre of white beer. 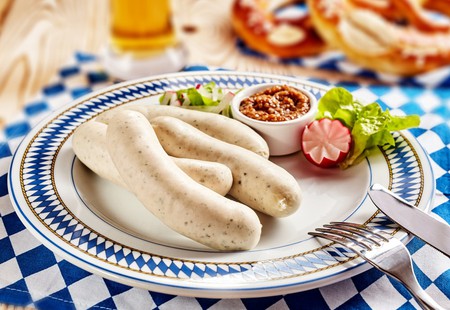 If you ever visit Hamburg, you can’t go without trying one of these crab buns. And the name says is it all – it’s merely a bread roll with a scoop of cooked brown shrimp fished in the North Sea of Germany, the Netherlands and Denmark. 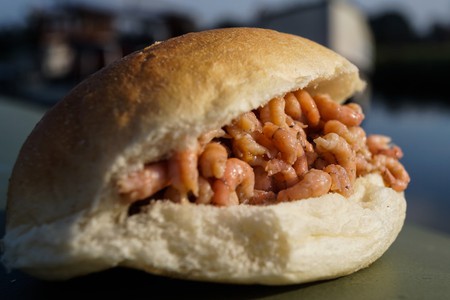 The dish’s name is derived from the former Prussian capital of Königsberg and stands for cooked meatballs in a white sauce. Traditionally, the Klopse (meatballs) are made of ground veal or beef mixed with anchovies, onions, soaked bread, eggs and spices. The meatballs are cooked in salt water and served in a thickened sauce of the juice and capers, often with a side of potatoes and cooked red cabbage. 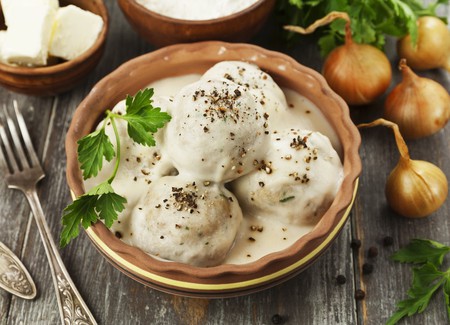 The typical German snack emerged in the post-war era when resources were scarce. Today, Germans devour a whopping 800 million Currywurst every year. The Bratwurst is topped with curry ketchup, sprinkled with curry powder and most commonly served with a slice of white bread or fries. 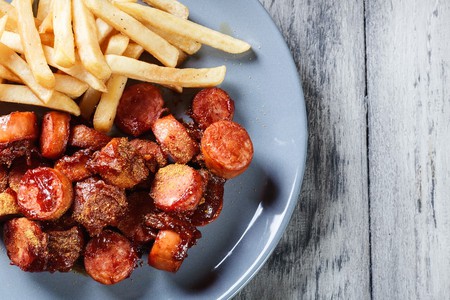 Maultaschen are the German dumplings and a speciality of the Swabian cuisine. The pasta pockets are traditionally filled with minced meat, onions and soaked bread, but varieties can include spinach and ham. The Maultaschen are then cooked in salt water or broth, and either served in soup or fried and added to a salad. 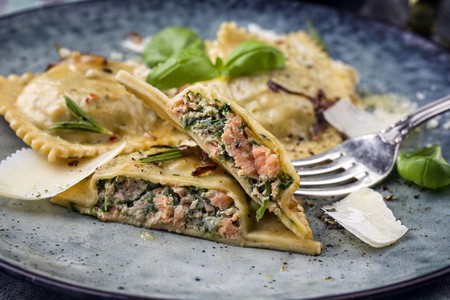 The traditional dish from Cologne is a no-fuss meal of mashed potatoes, chunky applesauce and sliced and fried black pudding. The name translates to “heaven and earth” and refers to the main ingredients – apples as they grow on trees and potatoes that grow in the ground. You’ll find Himmel un Äd on the menu of most of the city’s traditional brew houses. 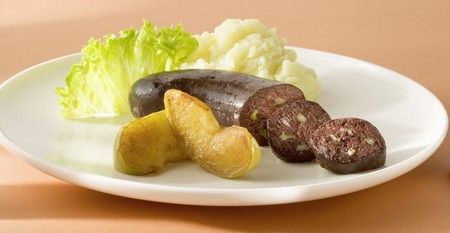 Pretty much every family has a potato salad recipe that has been passed down from one generation to the next. It always contains potatoes, obviously, but the rest of the ingredients varies with the region. In West Germany, potato slices are mixed with mayonnaise, cucumber and apples, in the North with mayonnaise, radish and pickles, or apples and boiled eggs. In Germany’s south, people generally prefer a lighter version with a dressing of oil and vinegar and onions and bacon. 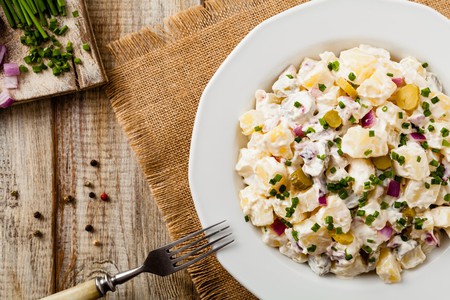 You’ll find several regional varieties of this simple meal across Germany, especially during the Christmas season. Grated potatoes and onions are mixed with eggs, salt and pepper. The batter is formed into small pancakes and fried in oil. A stack of them is either served plain, with applesauce or on rye bread with salmon. 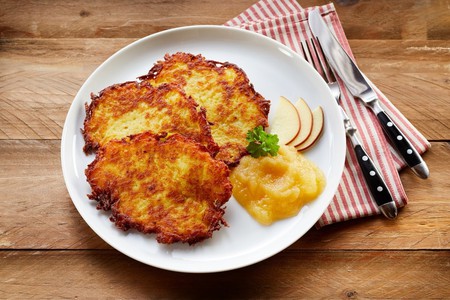 It might be a bit of a shocker to some, but traditionally, the Rhineland recipe was made with horse meat. In the past decades, chefs have started mainly using beef instead. Either way, the beef or horse meat is pickled with vegetables for several days or up to a week then slowly cooked in a roasting pan. The marinade is pureed into a brown sauce, and the dish is then served with potato dumplings and red cabbage. 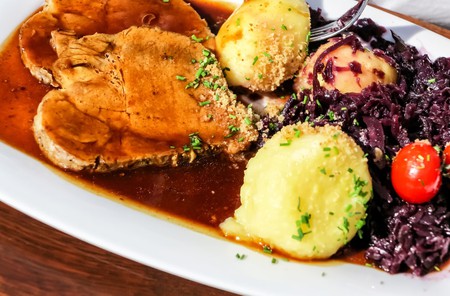 The name translates to liver cheese, which is because the dish includes liver, at least outside of Bavaria, and resembles a block of cheese. The traditional recipe contains ground meat and a relatively small amount of liver, though today a lot of varieties go without it. The mixture is seasoned, pressed into a square pie tin and baked in the oven. Slices of it are served with bread, gherkins and mustard as a snack, or fried and added to a plate of fried eggs and potato salad for a more substantial meal. 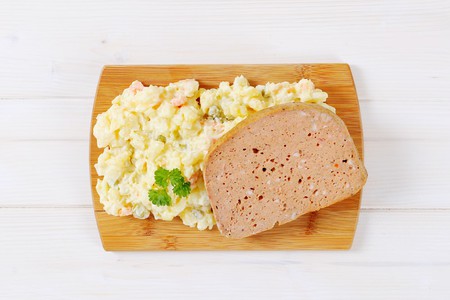 Labskaus is the German variety of Liverpool’s scouse. Back in the 18th century, seafarers relied on the meal, and today, a type of it is particularly prevalent in Scandinavia and northern Germany. The purée of corned beef and potatoes often comes with beetroot, fried eggs, gherkins and herring. 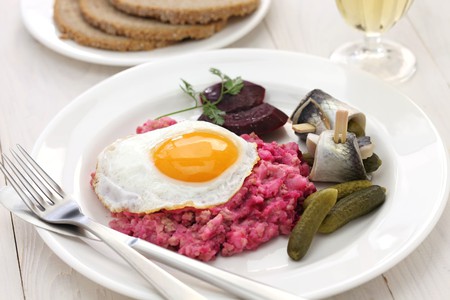 Käsespätzle is to the Swabian region in Germany what mac and cheese is to the US. The drop-shaped egg noodles are cooked and then stacked in a baking dish with layers of grated hard cheese in between and topped with fried onions. It’s quite heavy in itself and usually excellent with just a green salad on the side. 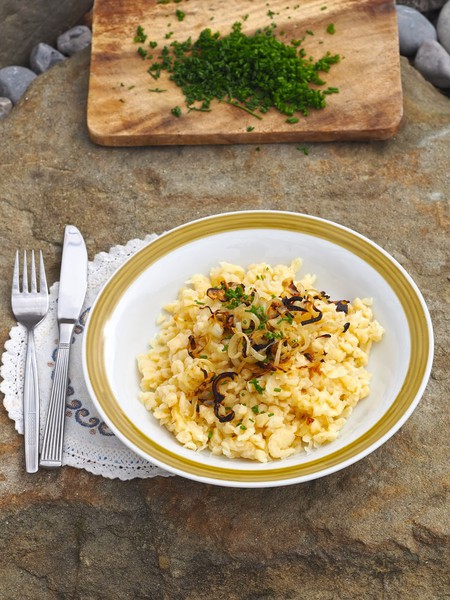 The dish is an all-time favourite in Thuringian households. The beef is spread with mustard, seasoned with salt and pepper and then typically topped with bacon, onions and gherkins before being rolled up in a roulade and slowly cooked in tomato sauce, red wine, broth and a dab of crême fraîche. The Klöße are made of mashed potatoes, croutons and starch formed into balls and boiled until done. 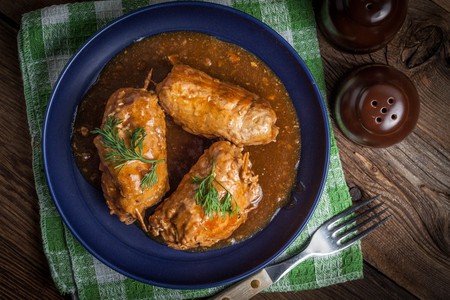 People in Frankfurt swear by their green sauce while the rest of Germany doesn’t understand the hype. The Grüne Soße (green sauce) is made of sour cream, yoghurt and a mix of seven herbs, including cress and sorrel. In Frankfurt, it’s served cold and as a seasoning for potatoes and boiled eggs. 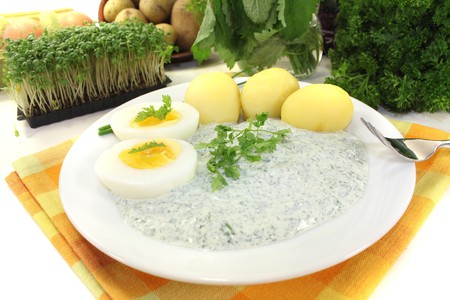 Pannfisch is a quick and easy dish from Hamburg and popular in the northern regions of Germany. Redfish or pollack filet is diced, coated in flour and fried in a pan and served with a sauce of cream and mustard. Fried potatoes with spring onion and bacon are the typical side. 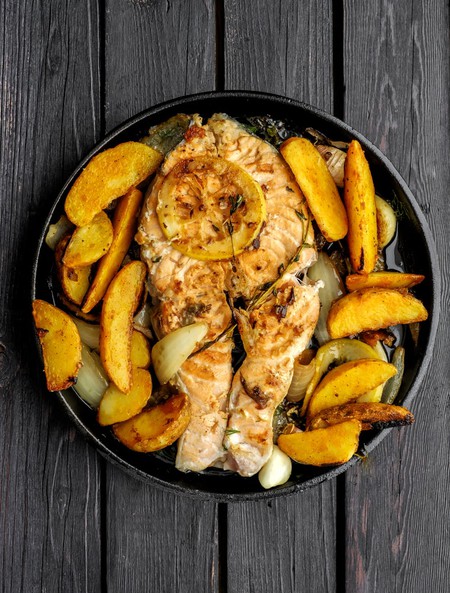 The last spot is for dessert. The mother of all cakes is a dream come true for everyone who likes to indulge in cream and chocolate. The dough for the Black Forest gateau is a mix of butter, eggs, sugar, flour and starch, then baked, cut into two layers that are spread with a vanilla-infused buttercream and sour cherries, stacked on top of each other and decorated with dark chocolate sprinkles and more cream. Yum! 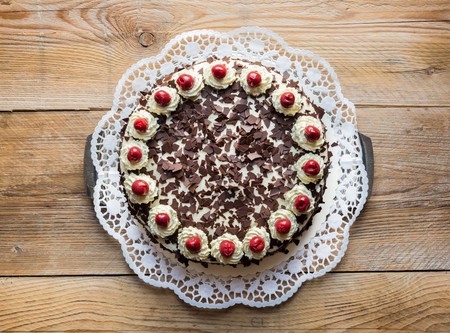 Christstollen is a Christmas classic. The recipe for the fruitcake is based on a sweet yeast dough which is refined with raisins, marzipan, lemon zest, cinnamon and rum. The bread-shaped cake is then decorated with powdered sugar. Dresden even celebrates the regional variety with an annual Stollen festival in early November.