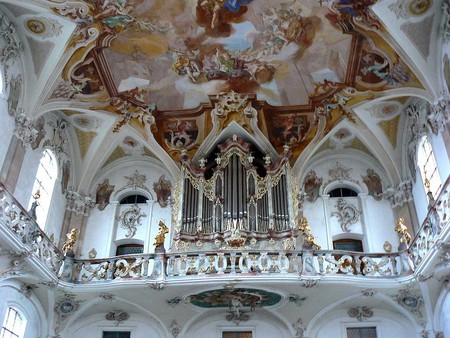 Lake Constance’s beautiful natural landscape is dotted with historic castles, towers and churches that each tell their own story of the region’s long history. Make sure to see these sights when visiting the famous European lake and all of its districts. 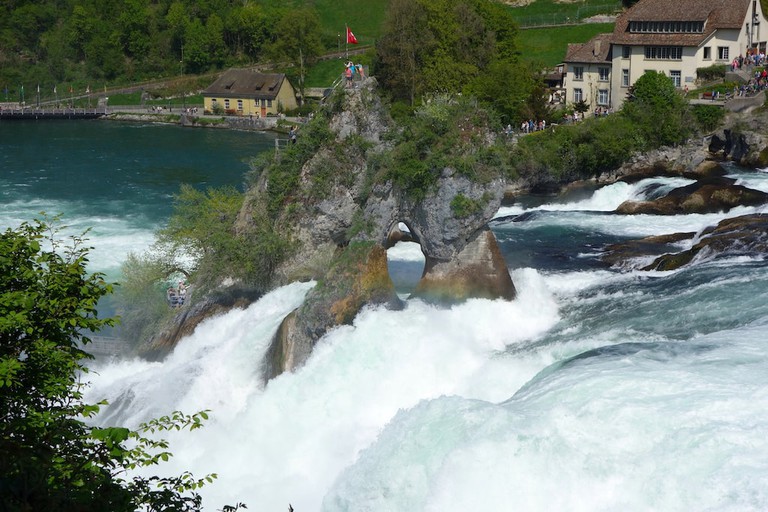 The water of the Rheinfall flowing down exuberantly | © Feride Yalav-Heckeroth

One of the most important sights on the Swiss side of Lake Constance, Rhine Falls is the largest waterfall in Switzerland at 150 metres in width and 23 metres in height. After walking through the lovely Laufen Castle, an elevator takes visitors to a platform overlooking the magnificent waterfall. 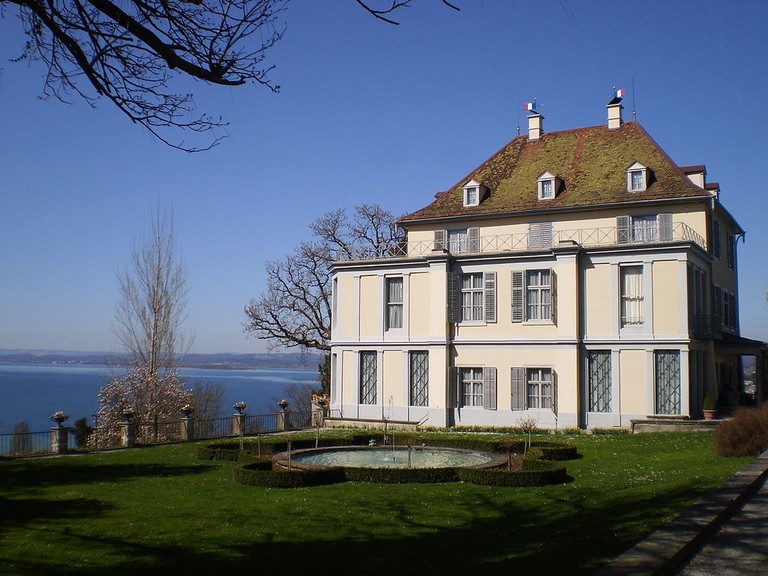 Another one of Lake Constance’s most beautiful castles, Schloss Arenenberg looks out over the lake and the beautiful surrounding landscape (including Reichenau Island). Built between 1546 and 1548, the castle is famous for being the final domicile of Hortense de Beauharnais, the stepdaughter of Emperor Napoléon I (which is also why the estate houses the Napoleon Museum). 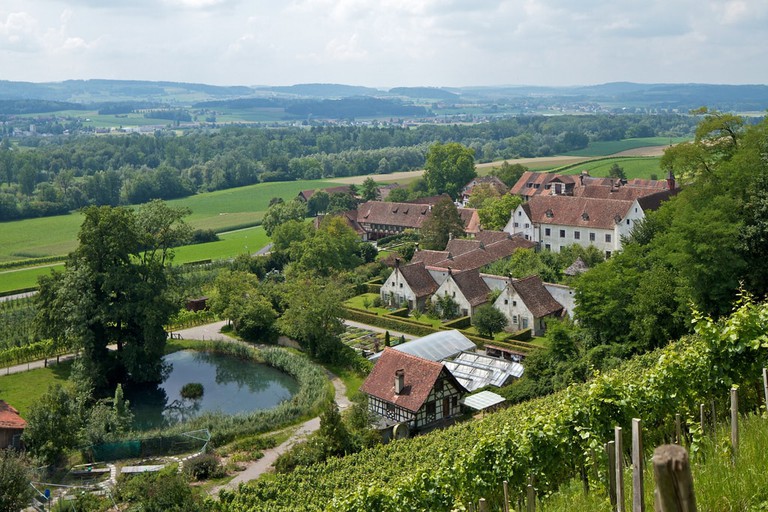 This former cloister with its gorgeous garden now houses a school and seminar centre, as well as a lovely restaurant, dairy and winery. Make sure to try the house wine, the cheese and the delicious cloister beer after you wander around the idyllic gardens and the museum about the Carthusian way of life. 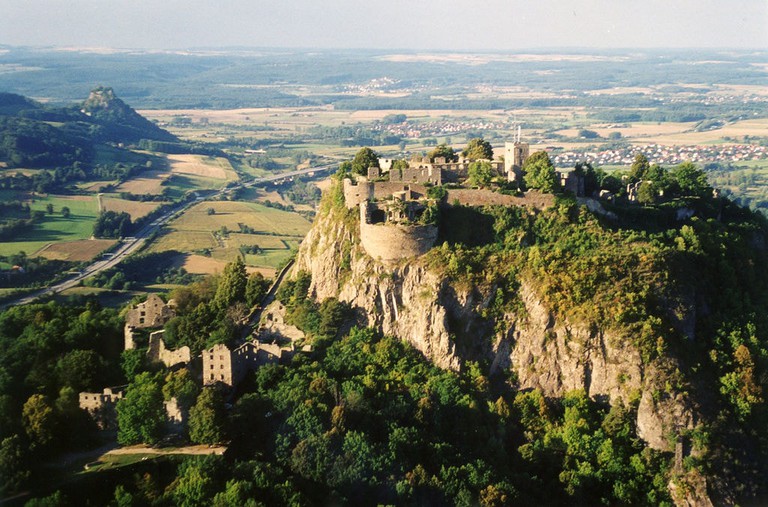 Located on top of an extinct volcano (part of a chain of volcanoes in the Hegau region, which are around seven to eight million years old), the ruins of Fortress of Hohentwiel are truly spectacular. Built in 914 by Burchard III, Duke of Swabia, the fortress later became a prison during the reign of Duke Ulrich von Württemberg. 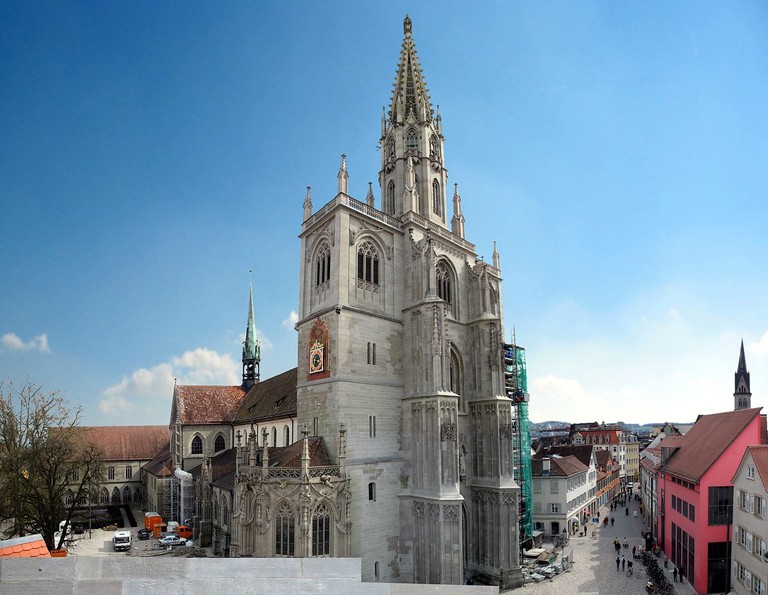 The Konstanz Münster is a beautiful gothic structure that towers over the town and impresses even more with its ornate interior. Also known as Münster Unserer Lieben Frau, the stunning structure has a history that dates back to 1089. 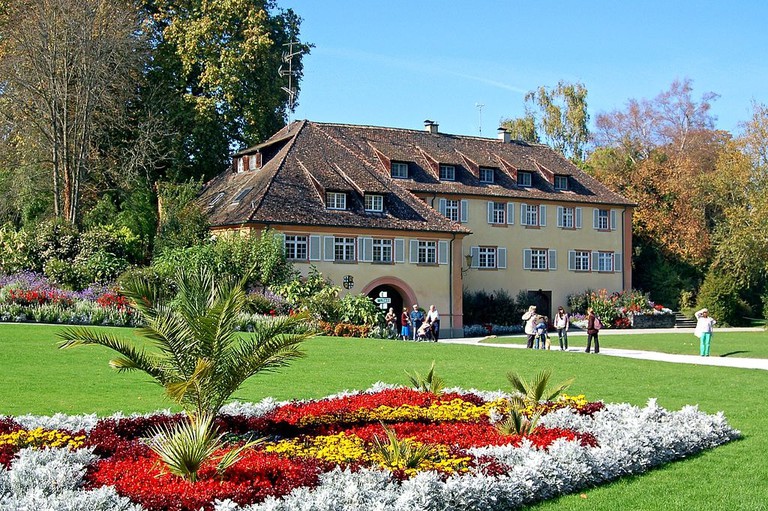 Lake Constance’s famous flower island is indeed a giant garden in full bloom overlooking the beautiful lake. The arboretum on the water was created by the late Frederick I, the Grand Duke of Baden, who purchased the island in 1853 and used the beautiful island palace as his summer retreat. 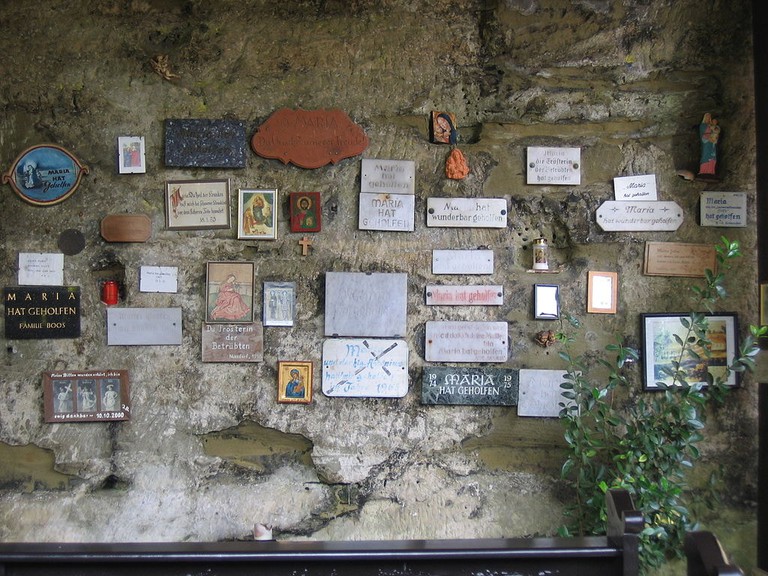 Tucked away in a cavernous cliff side in the vicinity of Lippertsreute, Maria im Stein has been a place of pilgrimage for over 500 years. The story goes that Alberto von Bodmann, who escaped Turkish captivity while on his way to the holy land, built the altar for Virgin Maria to whom he prayed for his freedom. 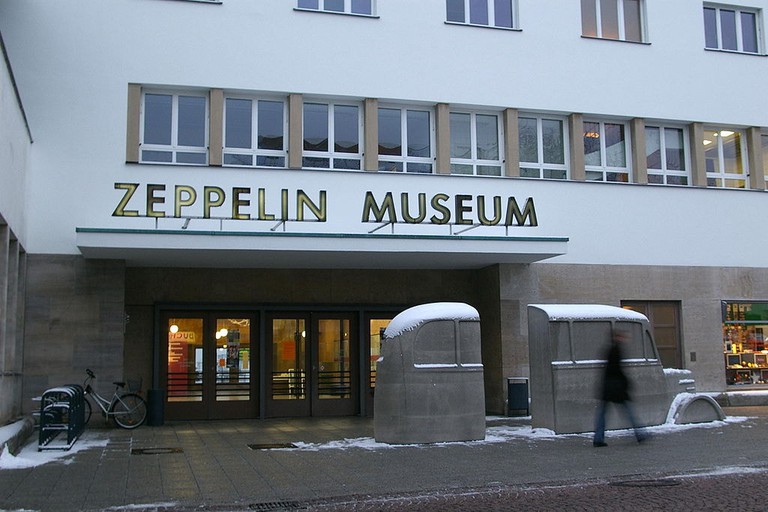 Friedrichshafen is the birthplace of the Zeppelin airship and it’s, therefore, no surprise that the Zeppelin Museum is located right here in the former main train station. One of the most notable displays is a mock-up of the Hindenburg, the largest airship to have ever been built. 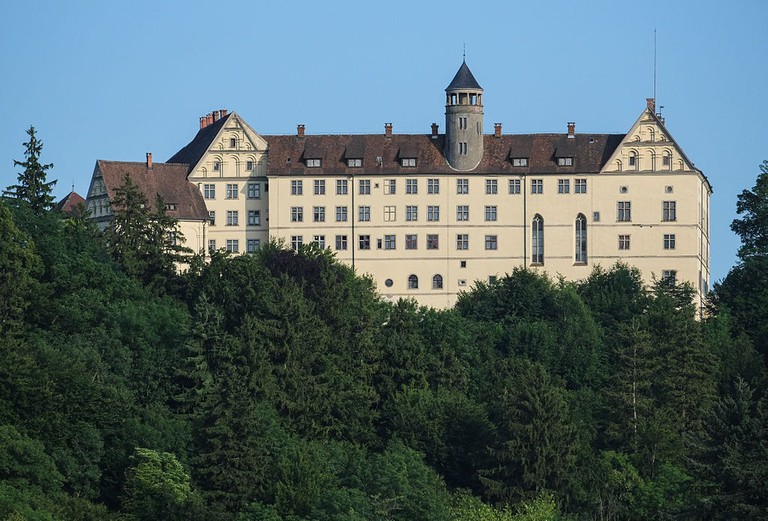 Overlooking the valley from its perched position in the village of Heiligenberg, Schloss Heiligenberg is one of Lake Constance’s most beautiful castles. Guided tours are available daily so that visitors can be astounded by the ornate interiors of the Renaissance-style structure.

Also known as Monastic Island, Reichenau Island is a UNESCO World Heritage Site thanks to its three gorgeous historic churches. Back in its heyday, the island was famous for producing some of Europe’s most beautiful illuminated manuscripts and frescoes. 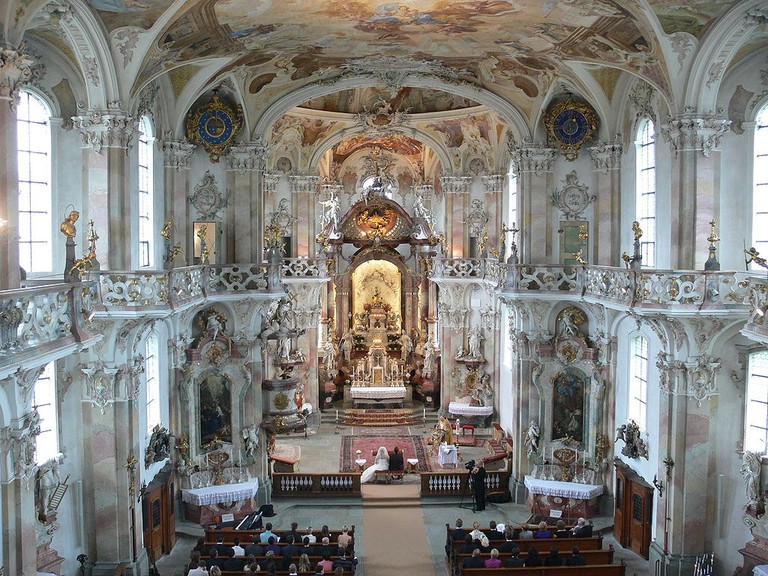 This beautiful pink and white church overlooks a hill of vineyards as well as the lake. Inside the extraordinarily ornate interior is a real work of Rococo exuberance. Built in the 18th century, the church’s terrace is one of the best places to watch the sunset. 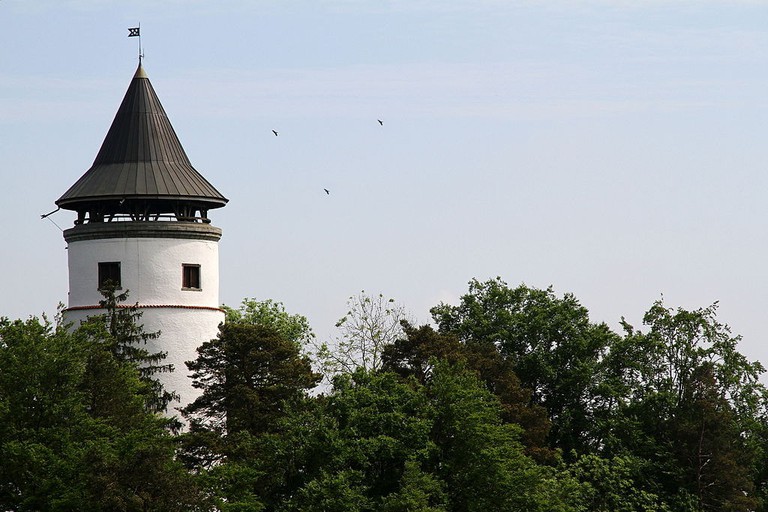 Constructed in the 11th century by Herren von Bodman, this tall tower has a 360-degree view of the entire landscape, including the lake and the Alps. Be aware that the climb to the top is a bit arduous due to the narrow staircase, but the view is definitely worth it. 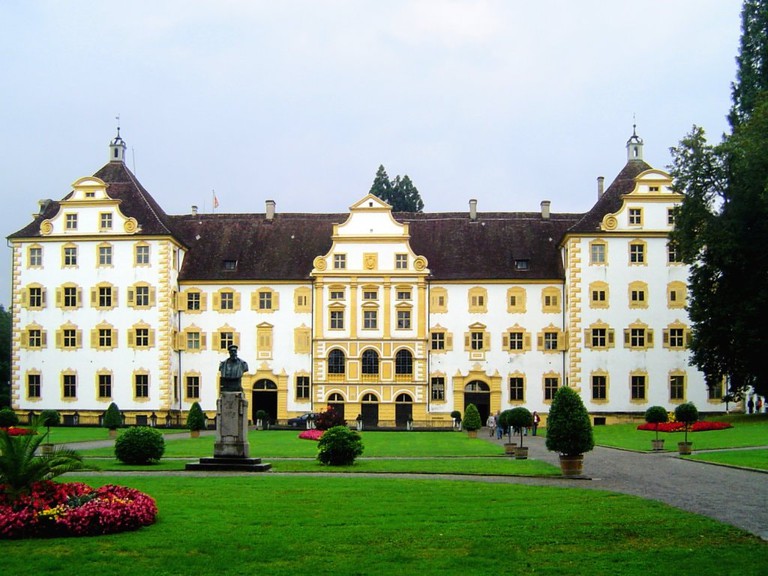 Part elite school (which even Prince Philip once briefly attended), part winery and part sightseeing destination, Schloss Salem is quite the imposing castle with a stunning garden. The castle began its life as a Cistercian monastery in 1134 and later became one of the richest and largest castles in Southern Germany. 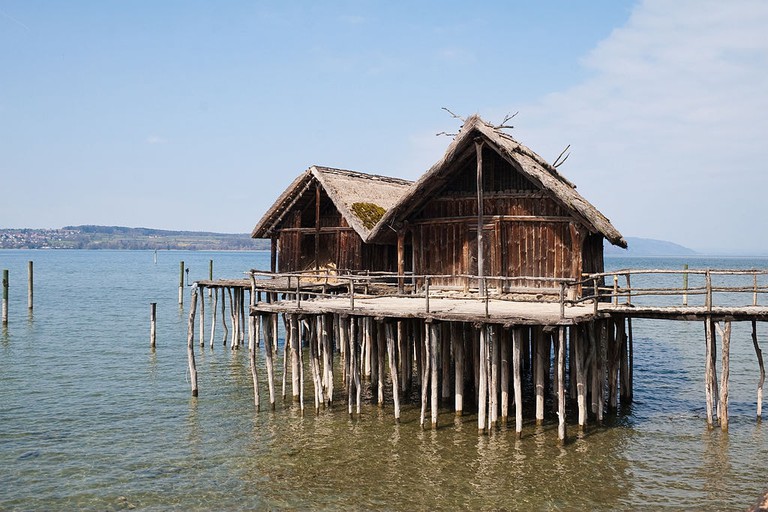 If you want to travel back in time and see what it was like to live by Lake Constance in the Stone and Bronze ages, you’ll definitely have to visit this unique museum. The museum is composed of reconstructed prehistoric pile dwellings that sit right on the water. 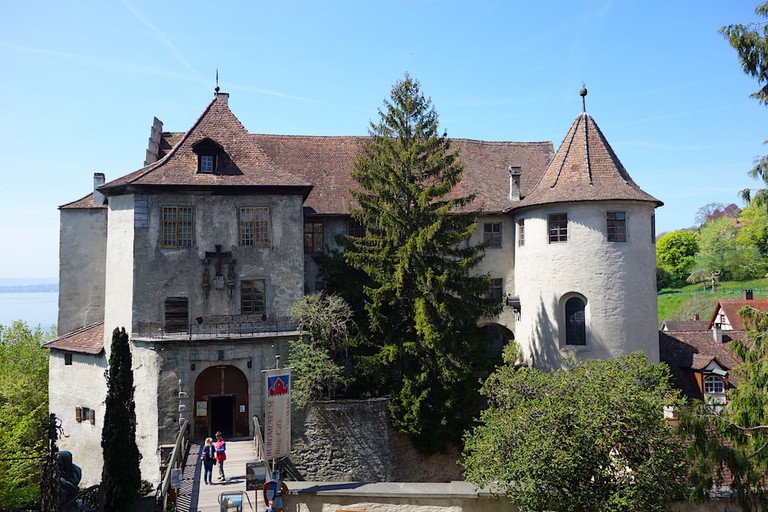 The entrance of the old medieval Meersburg Castle | © Feride Yalav-Heckeroth

Meersburg is a classic medieval town where you’ll want to spend a few hours wandering along the old cobblestoned streets looking up at the historic and colourful facades. While there, make sure to visit the Meersburg Castle, the oldest inhabited castle in Germany, as well as the New Castle right next to it, which has a fantastic terrace overlooking the lake.