15 Things Tourists Should Never Do in Germany, Ever 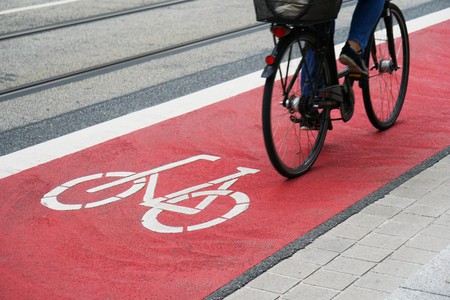 Life in Germany will pose questions you never thought you’d ask yourself: ‘Will my neighbour sue me if I mow the lawn today?’ Or ‘how much money could I make collecting empty plastic bottles?’. Laws and rules ensure that the life of Germans runs in order and efficiency. While some of them will have you scratching your head, take our advice and avoid doing the following things when you visit Germany.

If you walk around cities in Germany, you’ll be quick to notice that most pedestrians patiently wait for the traffic lights to turn green even if there are no cars in sight. Crossing the road at a red light can result in a €5 fine and angry remarks by other pedestrians who don’t hesitate to educate you on the traffic regulation, especially when kids are watching. 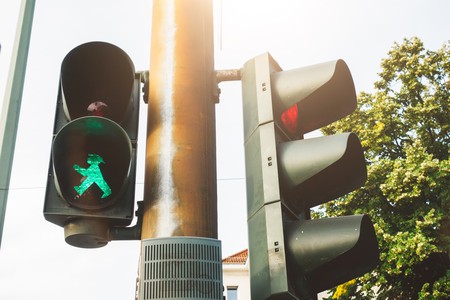 Germany takes recycling very seriously. But what is great for the environment often causes confusion among tourists and people who are new to Germany. Once you’ve got the hang of it, though, it makes sense. Most households have some different coloured dustbins for general waste, plastics, paper and cardboard, and organic waste. Empty glass bottles are taken to larger containers located in each neighbourhood sorted by the brown, white and green glass. Lightbulbs, batteries, electronics, and old furniture are recycled separately as well.

Showing the Nazi salute, or any other Nazi symbol, flag, or slogan for that matter, is prohibited. It’s not only considered gravely offensive but is outright illegal. Any violation can result in steep fines and up to five years in prison if you’re caught. 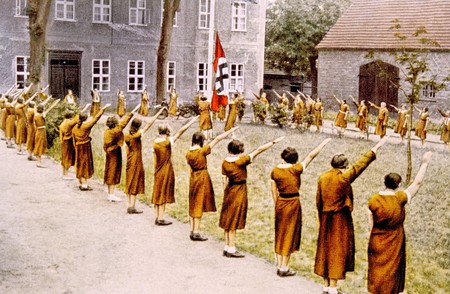 The German Pfand-system is another stroke of genius in the effort of reducing waste. When you buy drinks in glass and plastic bottles or soda cans, an additional eight to 25 cents per bottle is added to your bill to encourage you to return the empties to you nearest shop instead of throwing them into the bin. Shops that sell drinks are obliged to accept empty bottles whether they were initially bought at the same store or not, which makes the system highly efficient. 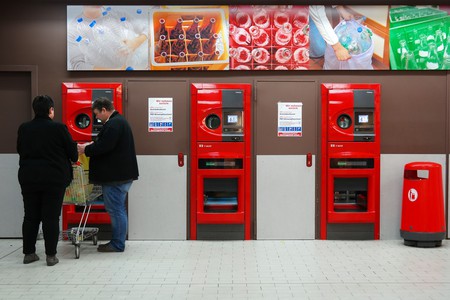 Drive on the middle lane on the Autobahn

The prospect of driving on the German Autobahn for the first time is often met with excitement. However, there are strict rules in place that regulate the driving. Know the speed limit, keep your distance to the cars in front of you and stay in the right lane. Driving on the left or middle lane of the Autobahn can cause serious road rage among other drivers as these are used to overtake slower vehicles in front of you. 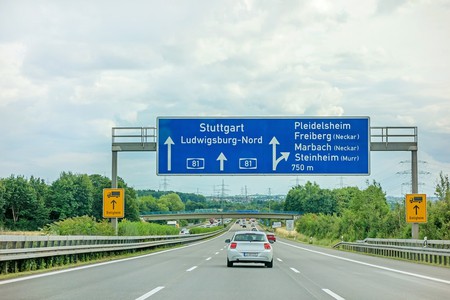 Some stereotypes can hardly be argued with. One of them is that German people are punctual and at the same time expect others to be as well. Wasting people’s time is overall considered rude and unacceptable. If you have an appointment, make sure to arrive a few minutes earlier and allow for extra time for traffic or in case public transport is late. 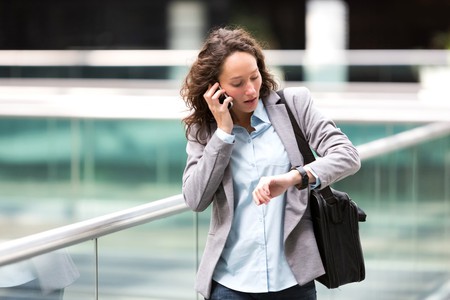 When invited to someone’s home, make sure it is okay to be wearing shoes inside before you enter. Most people in Germany don’t wear shoes in their homes and voluntarily take them off when visiting friends and family. You might even be handed a pair of slippers to wear instead. 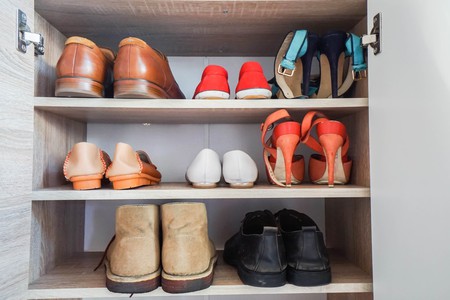 Don’t walk in bicycle lanes. It’s not only a traffic offence but also potentially dangerous for yourself and cyclists which are used to travelling across cities at high speeds. Don’t be surprised by angry cyclists ringing their bells and hurling abuse at you if you ignore the rules.

Address strangers with their first names

Germans differentiate between a formal and informal ‘you’. It does depend on the situation whether or not your counterpart expects you to address them by their last name or the formal pronoun ‘Sie’, or if the first name and ‘du’ is sufficient. In a business context or when you’re speaking to complete strangers, stick to Sie. If you’re invited to a dinner party with people of the same age, you will most likely settle for the informal version. If you’re unsure, it’s polite and perfectly reasonable to ask how the other person wants to be addressed.

Sing the first verse of the national anthem

While it’s not illegal to sing the first verse, it’s considered highly offensive and insensitive towards Germany’s past. It’s important to consider the historical background of the so-called ‘Deutschlandlied’. Written in 1841 by August Heinrich Hoffmann von Fallersleben, the song expressed his longing for a unified national state. The song became the national anthem of the Weimar Republic in 1922, but was repurposed by the Nazis who sung the first verse followed by their party anthem to spread nationalistic ideology. The Allied Parties subsequently prohibited the use of the ‘Deutschlandlied’ after the Second World War ended, until 1952 when the new German government declared only the third verse to be the official national anthem going forward.

Get on public transport without a ticket

Germany has an excellent public transport system. The network of trains, trams, subways, and buses takes you everywhere. But in comparison to other countries, you can often enter stations and carriages without having to go through turnstiles or a ticket checkpoint. Be aware that it doesn’t mean a ride on public transport is free. Tickets are often checked by staff on the train who won’t hesitate to present you with a fine of up to €60 if you boarded the train without a valid ticket. 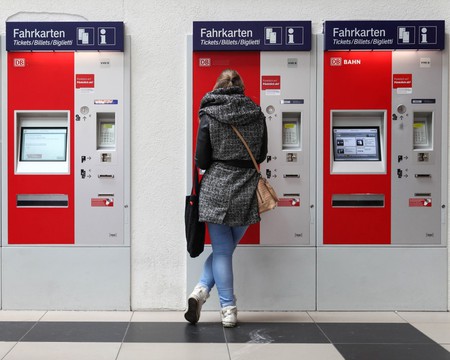 Speak English and expect no one to understand

Most Germans do speak decent English and will be able to follow your conversation easily, so it’s best to keep the gossip to yourselves until you’re alone. Germans are very straightforward and have no problems in sharing a piece of their mind when they catch you talking about them. 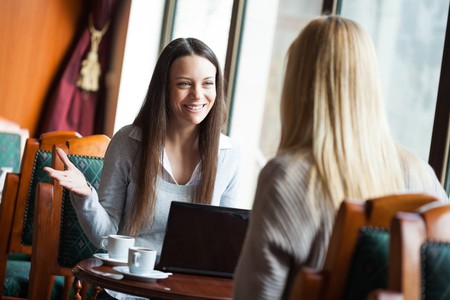 In Germany, quiet hours are regulated by law which effectively means: no loud music, drilling, or vacuuming on Sundays. Or between 1pm and 3pm. Or between 10pm and 7am the following morning. Even putting a load of washing on during quiet hours can set off a row of complaints by neighbours and a visit by public order officers. Each municipality can set their guidelines, but they often agree that nobody should be annoyed by noise on Sundays and bank holidays or during the night. 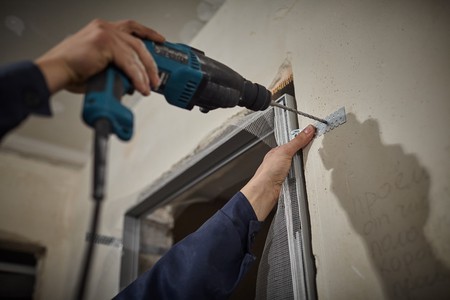 Be loud and obnoxious

Germans certainly know how to put on a boozy festival, just look at Oktoberfest in Munich or Karneval in Cologne. While their exuberant mood infests entire cities during the festivities, Germans routinely fall back into their ordered life once it’s over. Anyone who disturbs the peace with loud, obnoxious, and drunk behaviour will be frowned upon or even asked to turn it down a notch. 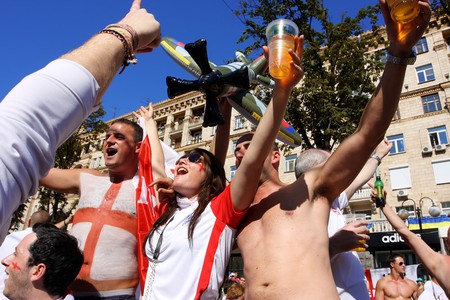 Expect credit cards to be accepted

Cash still rules in Germany. It’s relatively common for adults not to have a credit card and only use cash or a debit card for their purchases. While supermarkets, shops, and some restaurants allow card payments – in some cases just debit – takeaways, bars, street vendors, and most eateries will only take cash. 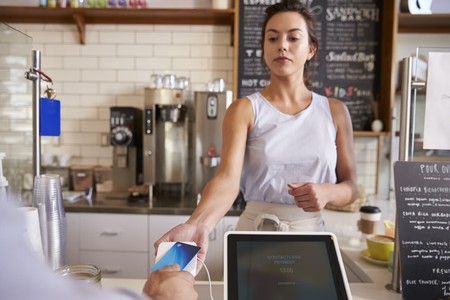 Need more tips? Here are 11 Things You Should Never Say to a German.