15 Signs You Have Nailed the German Language 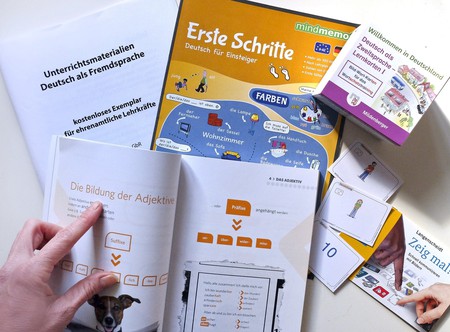 Learning a new language always poses somewhat of a challenge, and depending on your mother tongue you will find some are easier to learn than others. Complex grammar, tongue-twisting words and alphabet letters you have never seen before make German relatively difficult to learn. Here are 15 signs you have mastered the German language.

The thing those attempting to learn German complain about the most, are the three definite articles for singular nouns – der, die and das. You’re off to a great start if you know that der is used for masculine, die for feminine and das for neutral nouns, but how do you even know whether a German word is masculine, feminine or neutral? Easy answer: you don’t. The allocation is purely arbitrary and native speakers almost always know intuitively which article to use. If you get those right, you really have nailed the German language.

Now and again, German place names make the rounds on the internet that have English speakers giggling hysterically or being downright offended. There are genuine towns and landscapes in Germany that go by such names as Mount Wank, Titz and Weener and their name has nothing to do with what English native speakers might assume. If you don’t get the giggles but rather laugh at the signs for Dümmer (more stupid), Pups (fart) and Kotzen (vomiting), you’re on the right track. 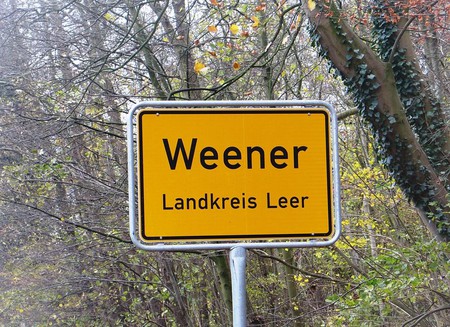 A first glance at a German text might have you wondering what the weird letters with the two dots on the top are, namely ä, ö and ü. These German Umlaute are additional vowels to a, e, i, o, u and the two dots indicate a slight alteration in sound. Now, the tricky thing is that there are no equivalents in English which makes it difficult to pronounce words including them difficult. If you pronounce ä as the e in ‘bet’ and ö as the e in ‘her’, you’re halfway there. Getting the ü right is twice as difficult, and a lot of linguistic books recommend rounding your lips while saying ‘see’ to imitate the sound. All you can do is practise, practise, practise.

You can understand train station announcements

Against all stereotypes of Germans being punctual and reliable, the Deutsche Bahn railway company regularly infuriates its passengers with delayed services, cancellations and the lack of information in regards to both. Should there be any announcements, you often have to be lucky to get the jist of it through the muffled sound and mumbling that echoes from the speakers. If you understand, consider yourself a German language pro. 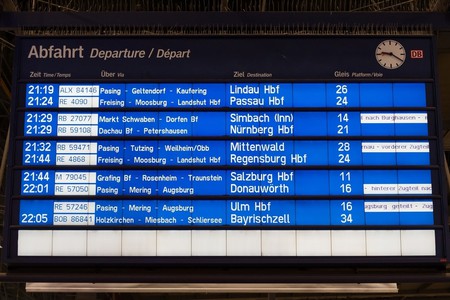 You get the German sense of humour

The general conception is that Germans don’t have a sense of humour at all – chances are, you just don’t get it. The way language is used varies from one culture to the next and so do jokes. Translating humour into a foreign language is among the most difficult things you can attempt when learning. So cracking a joke in German and getting a native speaker to burst of in laughter is a good sight that you have mastered the German language.

You can order food in a dialect

Being fluent in a non-native language is quite the achievement, but understanding regional dialects is a good indicator that you’re reaching the master level. Hochdeutsch is the equivalent to the Queen’s English and spoken widely, but visiting certain regions within Germany might get you lost in translation. Kölsch, Bavarian German, Swabian and the Saxon dialect all have their quirks which even German native speakers from other regions fail to understand. If you can, for example, make sense of a food menu at a traditional Bamberg restaurant, you’ve probably nailed it. 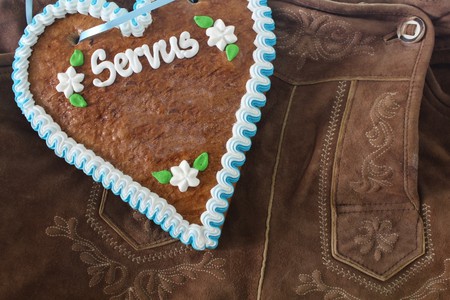 You watch films without subtitles

To the luck of native English speakers, a good chunk of internationally broadcast film and TV is being produced in English. Non-native speakers often watch fully dubbed versions or switch on the subtitles in their native tongue. Try watching a film in German with no English subtitles to see how good your language skills really are.

You see through German bureaucracy

Most Germans like to have their things in order, and the same thing goes for the public life which is maintained by some rules, regulations and most importantly, piles of paperwork. While most Germans oblige, the process for anything from doing your taxes to applying for an official document, let alone jobseeker’s allowance can be lengthy, complicated and frustrating for locals and nearly impossible if you don’t speak the language. If dealing with the bureaucratic process doesn’t trigger a crying fit on your end, your German skills are probably more than just decent. 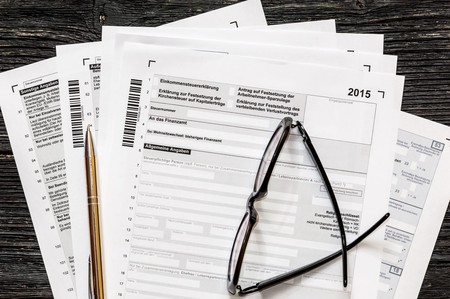 You dream in German

Being entirely fluent in a second language and using it actively affects your subconsciousness up to the point that you think and dream in your non-native tongue. If you catch yourself writing down your shopping list in German or wake up from lucid dreams in which you speak the language, you can be certain that you’re on the best way to reaching a native-level command of German.

The German language is littered with compound nouns, or words which are composed of several nouns strung together. Easy ones are Freizeit which is made up of frei and Zeit and simply means free time or Orangensaft which is simply a compound of Orangen (oranges) and Saft (juice). But in combination with the other peculiarities of the German language, you get impossible words such as Streichholzschächtelchen (small matchbox) or Quietscheentchen (squeaky duck). 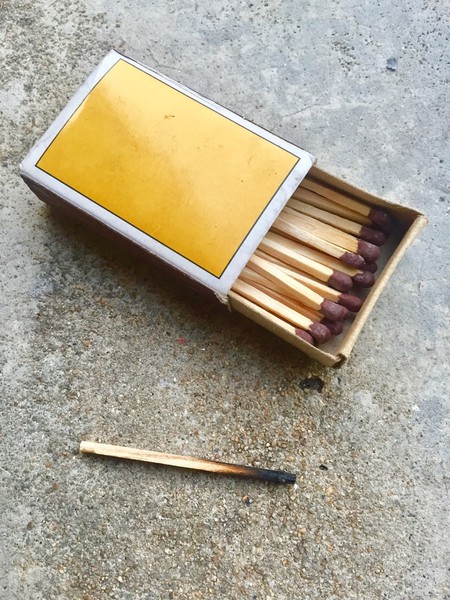 You master the tongue-twisters

Even native speakers jumble up sequences of similar and alliterative words. If you can read out the following phrases quickly without messing up, you’re a master of the German language. Number one – Fischers Fritze fischt frische Fische, frische Fische fischt Fischers Fritze – easy, right? The next one is a bit more difficult – Zwischen zwei Zwetschgenzweigen sitzen zwei zwitschernde Schwalben. And the ultimate German tongue-twister is probably Der kleine plappernde Kaplan klebt klappbare poppige Pappplakate an die klappernde Kapellwand.

You can tell seit from seid

The two small words look and sound almost the same, but they carry a whole different meaning, similar to their/there/they’re, and you’re/your. Even though a lot English native speaker confuses those words, most probably know how important it is to distinguish between them for your writing to make sense. It’s the same with the German seit and seid – seit means ‘since’ or ‘for’ as in I haven’t been home since 5pm/for six hours. Seid, on the other hand, is the second plural conjugation of the verb sein (to be). 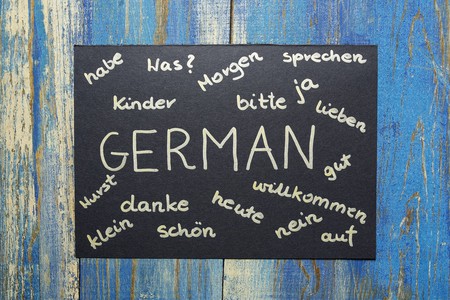 You’re straight to the point

Germans have mastered the art of getting across a point with as few words a possible. They don’t beat around the bush and not saying what you actually mean or not being straight to the point is considered inefficient, if not rude since you’re wasting someone’s precious time. If you manage to avoid needless elaborations and metaphorical speech, you’re competing with the native speakers.

You speak the lingo

If you start going rogue from the textbook speech from you intro-level language courses and throw in common German idioms here and there, you’re on your way to reaching an advanced level. Once you’ve got the hang of it, phrases like Ich versteh’ nur Bahnhof roll off the tongue easily. That literally translates to ‘I only understand train station‘ and is the equivalent of It’s all Greek to me. 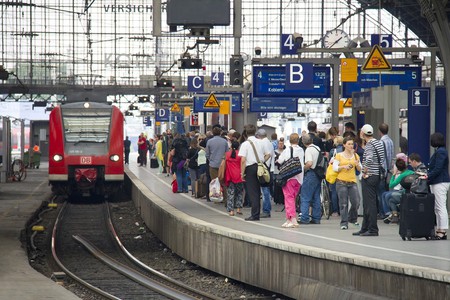 You can curse and complain in German

Let’s be honest, we all know a fair share of crude words in a number of languages. Not that cursing is encouraged, but knowing how to verbally blow off some steam in another language than your own, can be weirdly satisfying. Especially if you encounter any form of injustice while abroad, it helps to know how to get your point across.