Ludwigsburg: What to Know About the World's Largest Pumpkin Festival 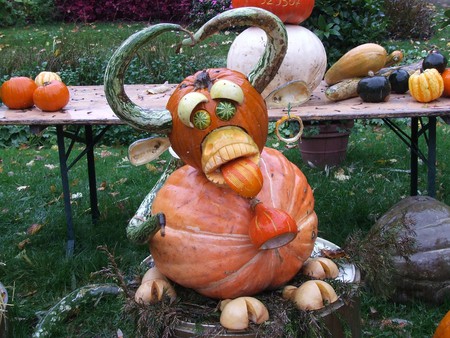 The German city of Ludwigsburg hosts the Largest Pumpkin Festival in the World every September to October amid huge fanfare. Thousands of visitors converge at this festival to gape at a whopping showcase of pumpkins and indulge in amazing pumpkin-related festivities.

Each year, the pumpkin festival has a specific theme. Artists stack pumpkins together to make fascinating pumpkin art in keeping with the theme of the year. Earlier years have seen comic characters, dinosaurs, circus animals and birds made with pumpkins. 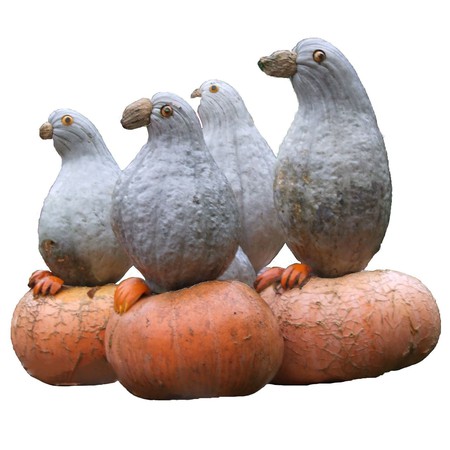 Visitors are encouraged to take part in a fun Halloween pumpkin carving contest at the venue. The contest is open for children (aged three and up) and adults. Experts are always ready to impart helpful advice to the carvers. Visitors can bring their own pumpkin or buy one at the festival, with attractive prizes up for grabs. 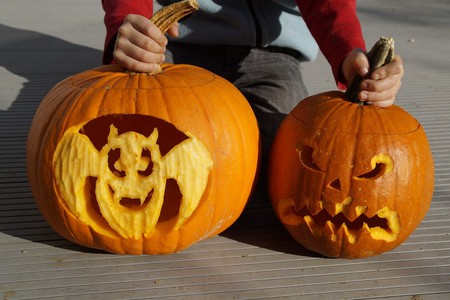 The preparation for this amazing festival starts way back in April, when a large variety of pumpkins are planted. About a month later, they are transported to Ludwigsburg and tended to help them flourish. By the time the festival starts, more than 400,000 pumpkins and squash across 600 varieties are ready to be displayed. 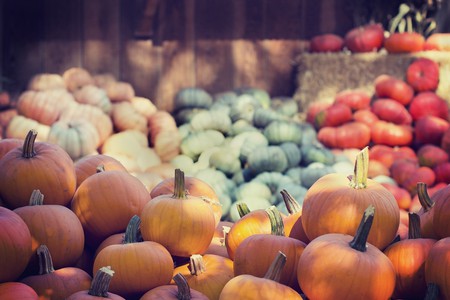 The pumpkin canoe regatta is one of the most popular events at the festival and invariably sees a huge number of entries. Gigantic pumpkins are hollowed out and made into canoes. Athletes get on board and row their hardest to grab the prestigious title of Canoe Champion and cash prizes, while the crowds cheer them on. 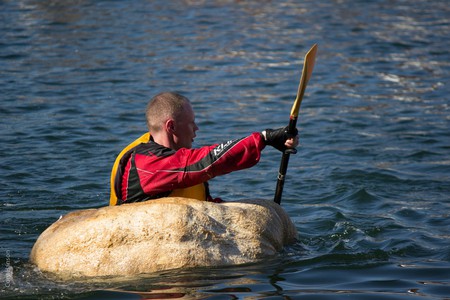 Children and adults can celebrate the spirit of Halloween at the Chamber of Horrors. This creepy chamber with dark hallways and mysteriously glowing rooms are infected with skeletons, goblins and ghosts. The mechanisms can also be used by children to give others a fright, eventually turning the horror into oodles of fun and laughter.

The German Pumpkin Weigh-Off Championship is the search for the biggest pumpkin grown in Germany. In 2016, all eyes on the weighing scale looked on with wonder as Matthias Würsching’s giant pumpkin was clocked at 901kg. Contestants fight for 10 prizes, ranging from €1,000 to €50. Additionally, there are three prizes for the heaviest squash produced in Germany. A bonus of €1,000 is offered to any contestant whose pumpkin can outweigh the reigning champion.

The heaviest pumpkins in the world fight it out for the prestigious title of European Pumpkin Weigh-Off Champion at the festival. In 2016, Mathias Willemijns from Belgium bagged the first prize with his humongous pumpkin weighing an unbelievable 1,190.5kg, which currently holds the world record for the heaviest pumpkin. 10 prizes are up for grabs, from €1,500 to €100. A bonus of €10,000 is awarded to any pumpkin grower who can bring a bigger pumpkin in the coming years.

On the last day of the festival, the gigantic champion pumpkins are carved by the growers. Visitors can peek inside the amazing pumpkins and collect seeds to produce their own. Seeds are put up for sale at a higher price online later, so it is always a great idea to grab some seeds right at the festival. Winners in a particularly jubilant mood have been known to give away seeds for free too!

Gargantuan pumpkins that are entered for the championship but unfortunately miss out on the top prizes get a new lease of life at the giant pumpkin carving event. Talented artists carve the pumpkins into jaw-dropping sculptures. Visitors can watch the artists at work and cast their vote for the best pumpkin carving. 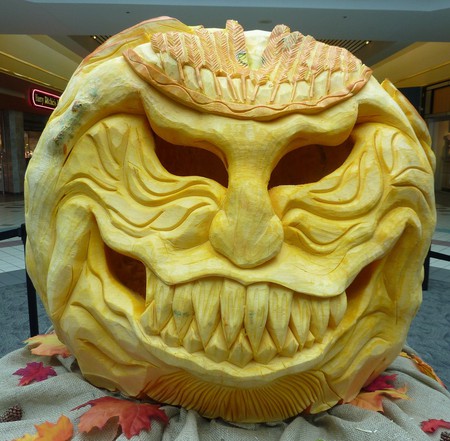 Self-serve food stands all over the festival grounds serve mouth-watering cuisine with one common theme – yes, you guessed it. Foodies can dig into pumpkin pasta, pumpkin ice-cream, pumpkin strudel, pumpkin bratwurst and many other delectable dishes. 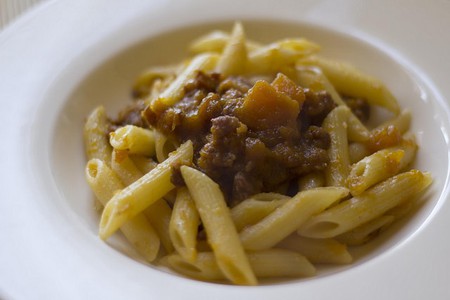 No festival is complete without some groovy music. Talented musicians and bands take the stage everyday of the festival, upping the festive atmosphere of the venue.

Visitors digging into the Biggest Bowl of Pumpkin Soup in Germany (with a capacity of 555 litres!) at this festival can take pride in the fact that they are doing so for a good cause. For each portion of this delicious soup sold, 50 cents go to the Helferherz campaign in Ludwigsburg. If the huge bowl of soup is all sold out, €1 per portion will be donated. The soup can be enjoyed with oven-fresh bread rolls. 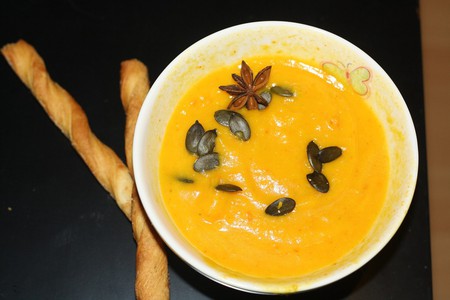 Guests love to wash down their pumpkin-themed food with some sparkling pumpkin wine, pumpkin beer or pumpkin spritzers. Most visitors try pumpkin drinks for the first time in their lives at the festival and love them so much that they buy several bottles for later. 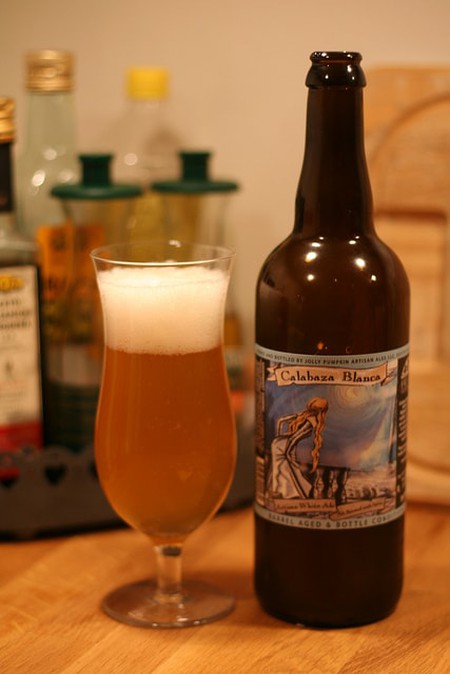 The backdrop for the festival – Ludwigsburg Palace – is magnificent. Manicured gardens, a beautiful rose garden and pool perfectly complement this ornate baroque building. Visitors also have the choice of taking a guided tour of the gorgeous interiors of the palace if they so wish. The town of Ludwigsburg, with attractive architecture and a charming Old Town, is itself worth exploring 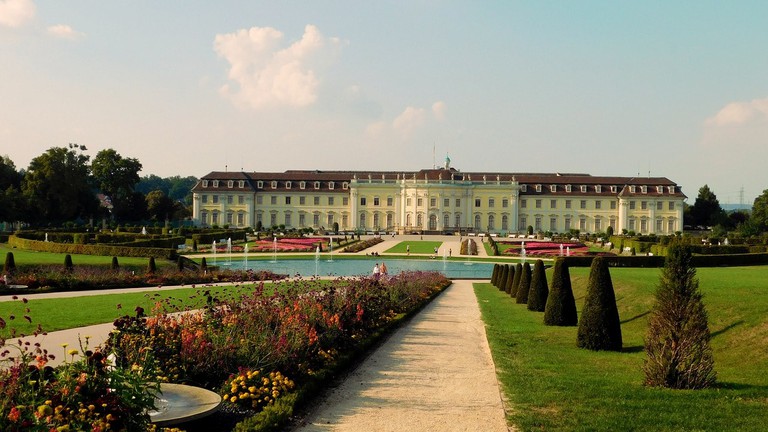 Fun for the kids

The festival promises fun galore for kids. Children love to roll around and frolic in the large playground filled with hay. A storyteller comes to tell them fascinating fairy-tales, and there are many learning and activity kiosks for kids.