<a href=" https://pixabay.com/en/tram-berlin-moltke-bridge-2209093/"> Moltke Bridge, Berlin | © Tilgnerpictures/Pixabay</a>
Berlin is a city brimming with history, culture and diversity. Hidden treasures, abandoned spaces, historical throwbacks and stunning urban spaces dot the city’s 12 districts and even the locals are endlessly exploring the city’s sights. We’ve compiled a list of the 15 epic places that even your German neighbour won’t know.

This mountain in West Berlin looms almost 100 metres (328 feet) over the Grunewald forest. Somewhat in the shadow of its more well-known neighbour Teufelsberg, Drachenberg (‘Dragon Mountain’) still attracts fans to its treeless, oddly-shaped plateau and is a great place to fly a kite or spot a few wild bores and foxes. 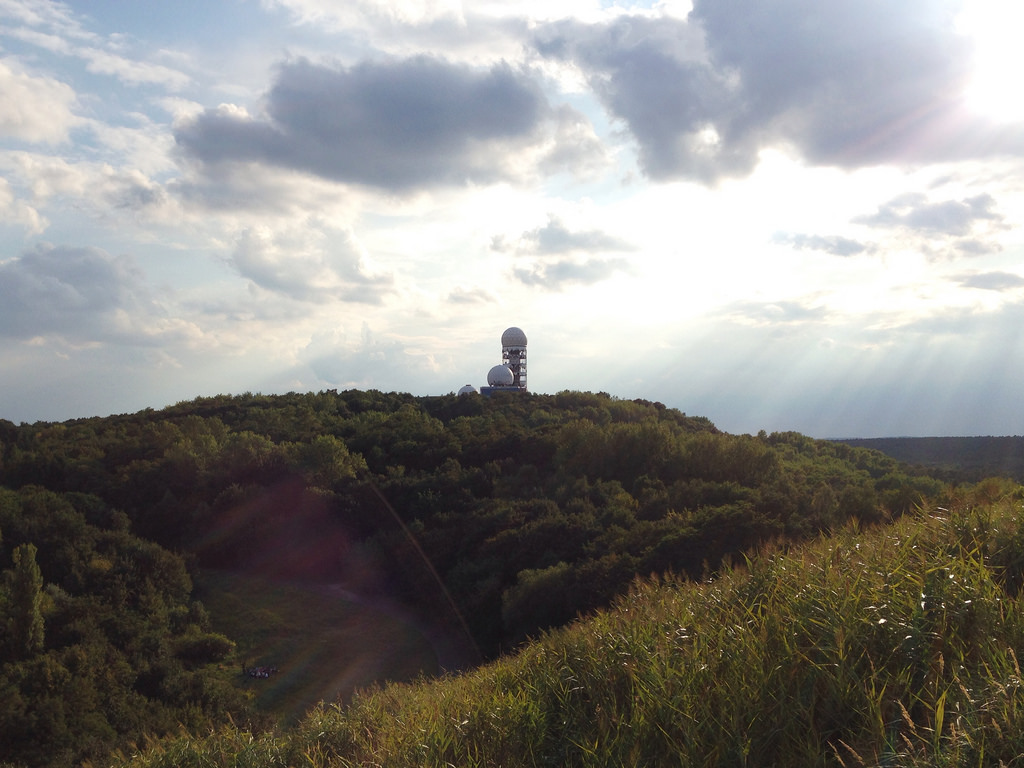 Memorial, Museum
View of the Rummelsburger Bucht | © Robert Agthe/Flickr
Though difficult to make out if you don’t know what you are looking for, the Rummelsburg Memorial is worth seeking out. Once the largest workhouse in Germany and a former East Berlin men’s prison, it is now a historical site that profiles the stories of 21 prisoners and can be reached with an idle walk along the banks of the Rummelsburger Bucht.
More Info
Open In Google Maps
8 Hauptstraße, Bezirk Lichtenberg Berlin, Berlin, 10317, Germany
+4930902968000
Visit website

The budget accommodation Ostel Hostel promises to cater to all your nostalgia needs with its eerie recreation of Communist Berlin. The youth hostel offers visitors an insight into life before the Berlin Wall fell. Expect Communist kitsch, including corduroy sofas, toy versions of the popular East Germany cartoon character ‘the Sandman’ and historic photographs hanging in the rooms, all within a concrete apartment block typical of what was once East Berlin.

For those who laugh in the face of extreme heights, this skywalk in Marzahn is worth checking out. It’s a secret, free viewing platform over the city perched atop a high-rise building that stretches 70 metres (230 feet) into the sky. You’ll be rewarded with breathtaking views of central Berlin and the surrounding state of Brandenburg. 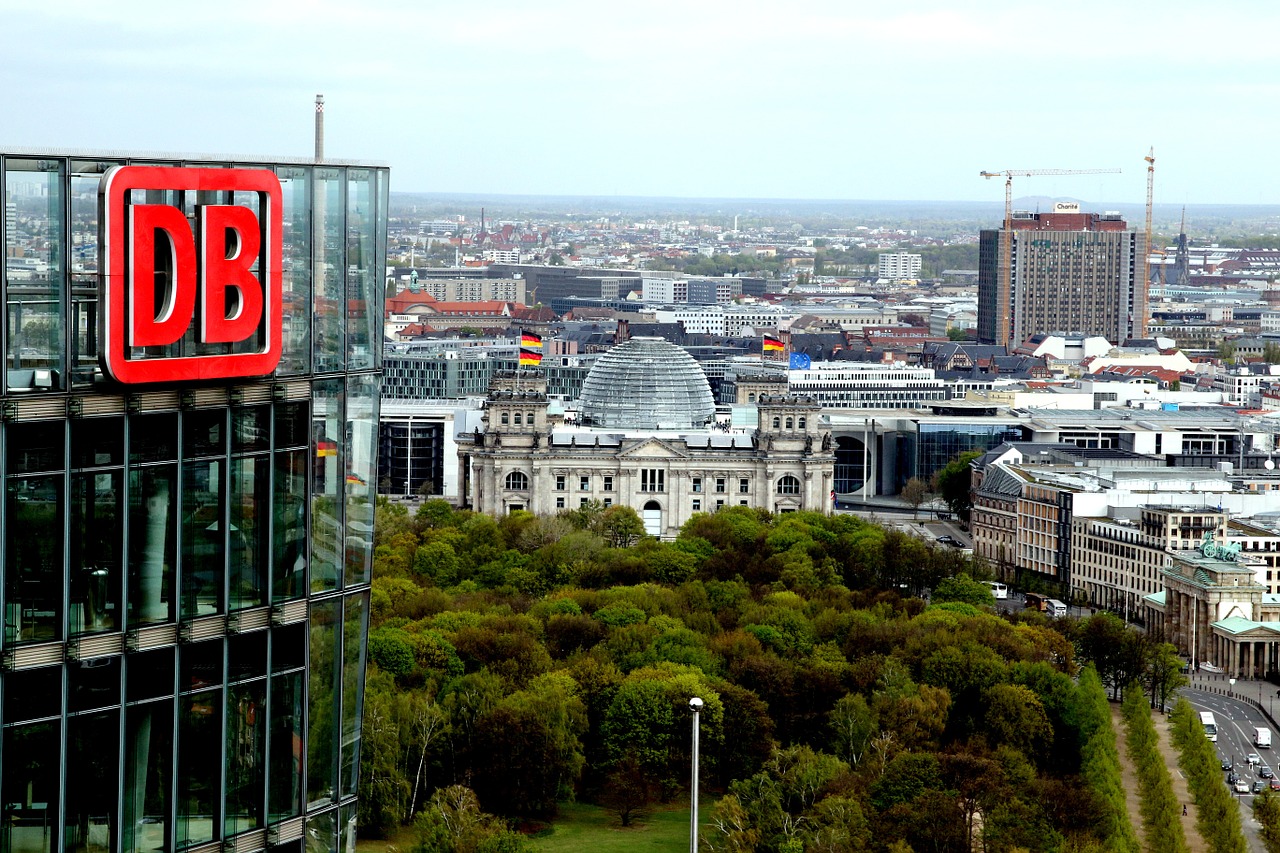 This one is just too off-kilter to miss: Berlin’s own fully fledged, hand-built homage to America’s Wild West. Located next to a suburban shopping mall, this small but extremely detailed slice of Americana is also the headquarters of Berlin’s very own Cowboy Club. They’ve been swinging pistols and cracking horse whips here since the 1970s, but the quirky attraction remains an under-the-radar catch that even locals are unlikely to know.

This is a regular feature on the calendar of the S036—the little Berlin bar made famous by the nighttime exploits of famous musicians like David Bowie. Now you can roll back into the smashing 70s with the bar’s monthly roller disco dance spectacle. You don’t need to have your own pair of old-school four-wheel skates, as you can rent a pair for just €3 ($3.52 USD) an hour.

Buddhist Temple
Buddhist statue | © Wonderlane / Flickr
At the very end of Berlin’s U7 line in Spandau, a neighbourhood known for its fortified citadel and old town charm, sits a beautiful Buddhist temple located on the edge of an industrial estate. The Linh Thuu Pagode was built by Berlin’s Vietnamese Buddhist community and brings an authentic Eastern energy to Berlin. Gold Buddha statues adorn the temple, staircases with carved dragons line the walkways and the surrounding garden has traditional statues, plants and a zen atmosphere. Aside from being a place of worship, the temple acts as an oasis from the gloomy Berlin street it sits on. All visitors are welcome provided they remove their shoes before entering the temple and act respectfully while enjoying the surrounding area.
More Info
Open In Google Maps
30 Heidereuterstraße, Bezirk Spandau Berlin, Berlin, 13597, Germany

Silent Green Kulturquartier is located in the former historical Wedding Crematorium, and is an independent project that considers itself a site for interdisciplinary art and culture, and consists of a number of offices, studios and event venues. A self-proclaimed place for ‘thinking, research and experimentation’, the venue is home to leading art gallery SAVVY Contemporary and also has a year-round eclectic programme of music, film, art shows, as well as open discussions and lectures, many of which take place in a beautifully restored cupola. Even if the shows aren’t your cup of tea, it’s worth discovering this true architectural gem in Wedding dating back to 1911.

Gardens of the World

Berlin’s Gardens of the World is a 22-acre park of beautifully themed landscapes, hidden among tower blocks in Marzahn. The perfectly manicured gardens take visitors on a journey around the world as they wind their way from one continent to another. From an Arabian courtyard to a Balinese rainforest and hillside Korean temple, this stunning space is an impressive gem in Berlin. A must-see while in the garden is the Chinese garden—a picturesque ensemble of crystalline lakes, pagodas, and traditional gardens built entirely by Chinese craftsmen that offers an authentic look into traditional Chinese aesthetics.

The people of Hakenfelde certainly know Uli Feick and his bicycle shop, but Berliners from the 11 other districts of the city may not be so familiar. This Spandau resident exhibits beautiful historical bicycles and his shop is a go-to destination if you’re in need of any repairs on your own vintage beauty.

The Funkturm is Berlin’s own slightly less impressive Eiffel Tower. The architect responsible for the design was Heinrich Straumer, who supervised a total of 140 technical drawings of the steel framework and based his design on the Eiffel Tower. Located in the far west of the city, this former broadcasting tower is a protected monument in Berlin and its observation deck has spectacular city views. Far less known than the TV Tower at Alexanderplatz, Funkturm offers a cheaper view from its observation deck which costs only 5€ ($5.88 USD).

Base Flying in the city

It’s difficult to live in Berlin and not know the Park Inn Hotel at Alexanderplatz, the tallest hotel in Berlin and an iconic part of Mitte’s skyline. However, what many locals don’t know is that this skyscraper hotel is also where the city’s daredevils can base jump. Not for the faint-hearted, locals and visitors can take the plunge and ‘base fly’ off the hotel’s 125-metre (410-foot) high roof.

Jungfernmühle is Berlin’s oldest surviving windmill not being used for museum purposes. First constructed in Potsdam in 1757 by the Dutch carpenter Adriaan den Ouden, the mill was moved in 1860 to make way for a villa and was rebuilt in Rixdorf. In 1872, the mill was sold again to Otto Wienecke, who rebuilt it in Buckow-Gropisustadt where it still stands. Steeped in history and authentic charm, this former windmill is a rare slice of Berlin’s past.

A former war bunk which connects to Berlin’s U-Bahn tunnels, the Gesundbrunnen bunker is a spooky window into the past. Although it was first used as an air raid shelter during the Second World War, the French, who ran this zone of occupied Berlin, tried to convert it into a nuclear shelter in the 1970s before deciding to store emergency food supplies here. Only accessible via a guided tour, the bunker hides behind an anonymous door near the Gesundbrunnen U-Bahn station. Inside is a giant steel airlock door that opens to reveal a hidden shelter. The tour takes nearly two hours, costs €9 ($10.58 USD) and is a unique insight into Berlin’s rich and diverse past.

The Berlin Bauakademie (building academy) looks like a rather unremarkable building from the outside but was originally designed and built by one of the city’s most recognised and renowned architects, urban planner and painter Karl Friedrich Schinkel. Responsible for much of the city’s early 19th-century redesign, Schinkel’s remaining work includes many of Berlin’s most beautiful buildings and photographed monuments. While his influence can be seen around the city, head over to the Bauakademie for a truly unique experience. Tucked away down a quiet street behind Unter den Linden you’ll find Schinkel’s door, an isolated entrance and stunning insight into the building’s former glory.