12 Christmas Traditions You Didn't Realise Were Stolen from Germany 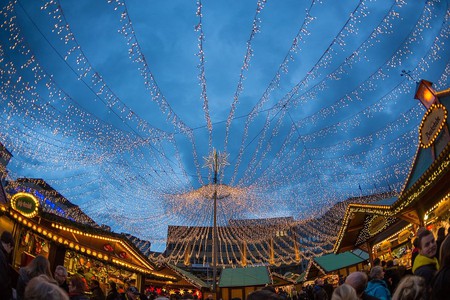 Germany comes to life during the festive season. Its Christmas markets, alcoholic punch and festive joy are known the world over. Their traditions have a deep and long-standing history, so much so that they have been adopted all over the world. Here are the Christmas traditions you didn’t realise were stolen from Germany. 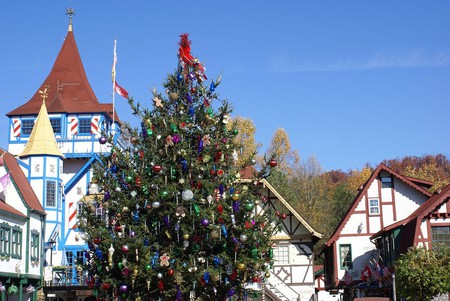 It was the German-American political cartoonist, Thomas Nast, who first illustrated the modern image of Santa Claus in the 1860s. His Christmas illustrations for Harper’s Weekly were later published in book form and, along with Clement Clarke Moore’s, The Night Before Christmas, help form the jolly image we have of Santa today.

The origins of The Nutcracker date back to German folklore. Legend has it that a wealthy German farmer became fed up with the ineffective process of cracking nuts. So, to find a solution he offered a large reward to whoever could find a better method in a nearby village. A carpenter proposed sawing the nuts open and a soldier shot at the nut, however it was an unlikely puppet maker who found the best solution. Building a strong-jawed, lever-mouthed doll to crack the nuts, now known as a nutcracker.

‘Silent Night’, or ‘Stille Nacht‘, was composed in Austria in 1818 by pastor Joseph Mohr and his friend Franz Gruber. The pastor went to visit his friend on Christmas Eve, in desperate need of a new carol for that evening’s mass. Mohr walked to the next town over to visit Gruber, a teacher who also served as church choirmaster and organist, in the hopes that he would be able to write some music for a poem the pastor had proposed. Sure enough, the pair wrote the original version of ‘Silent Night’.

The term ‘gingerbread house’ was first noted in the Grimm’s fairy tale, Hansel and Gretel, and the tradition of making gingerbread houses – with sugar-based decorations on them – began in Germany after the book was published. Bakers began making the structures, and the recreation of the fictional house became popular during Christmastime. 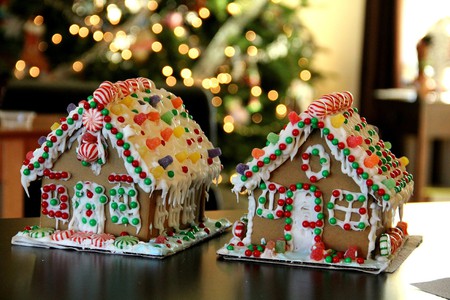 In the 19th century, the original Advent calendar served as a way for German Lutherans to count down the days until Christmas. Eventually, lighting candles became popular and in the early 20th century, Gerhard Lang, a German botanist, was credited with printing the first Advent calendar. He decided to add little doors that would open to reveal the date or a scripture. It wasn’t until much later that they began to be filled with chocolates.

Many German families put an Advent wreath on the living room table on the fourth Sunday before Christmas. This tradition has been widely adopted and interpreted across the world, however, its original concept dates back to the German Lutherans, who popularised the wreath in the 16th century. 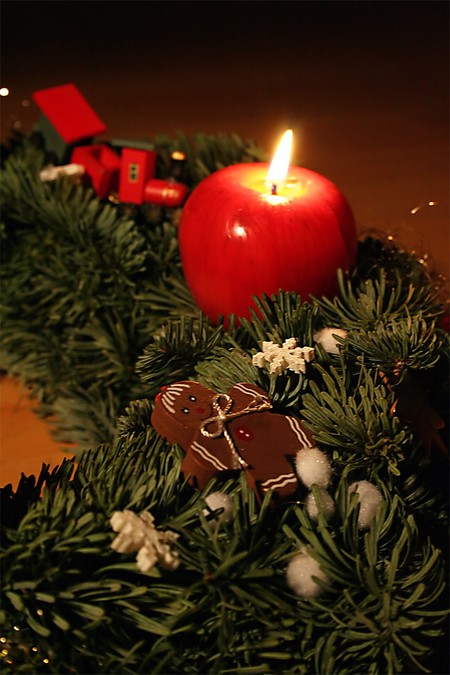 Kris Kringle is likely to be a mispronunciation of Christkindl, referring to the ‘Christ child’ who would bring gifts on December 24, rather than Santa Claus. The word has now been adopted across the world to take on different meanings.

Christmas Markets or Weihnachtsmarkt are a series of stalls that pop up from mid-November onward in almost any German city, regardless of size. Selling handcrafted gifts, Christmas treats, bratwurst and mulled wine, known as Gluhwein, they’re a beloved tradition. Its origins date back to the late Middle Ages, and they are now held in some form throughout Europe and in parts of North America. 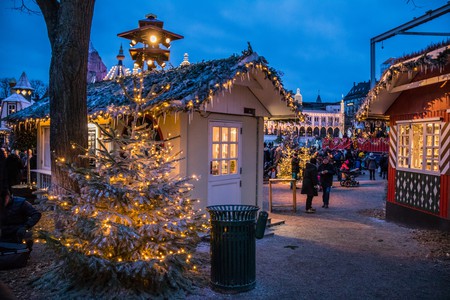 December 6 is Nikolaustag, or St. Claus Day. Young children leave a shoe or boot outside their doors the night before, hoping to wake and find a shoe filled with presents. If they were good during the year they’d get gifts in abundance, but not, they would receive a rod in their shoe. This tradition has been adapted and adopted, now, into the Christmas stocking.

In the late 16th century, Lauscha, a small German town in the state of Thuringia became famous for glass blowing. The town set up glass works and produced some of the finest glassware in Europe. It wasn’t until 1847 when Hans Greiner, a descendant of the man who established the first glassworks in the town, began producing glass ornaments that would later become associated with Christmas. Greiner used a unique hand-blown process that was later carried on by his sons and grandsons until these ornaments became so popular that they were exported to other parts of Europe. In the 1880s, the American dime-store mogul, F.W. Woolworth, discovered the glass decorations during a visit to Germany and made a fortune by importing them to the US. 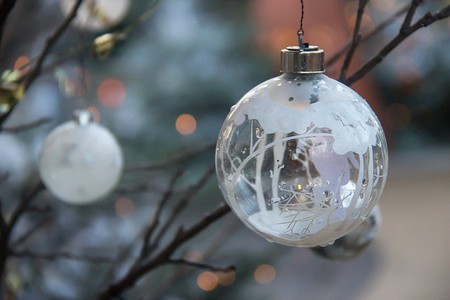 It is thought that tinsel, or das Lametta, was invented in Germany in the early 1600s, and was originally made out of real silver. In the 1920 and 30s, this shiny invention became a popular tree decoration in Germany and beyond, with German icicle tinsel and tinfoil becoming commonly used.