12 Bits of Bavarian Dialect You Need to Know 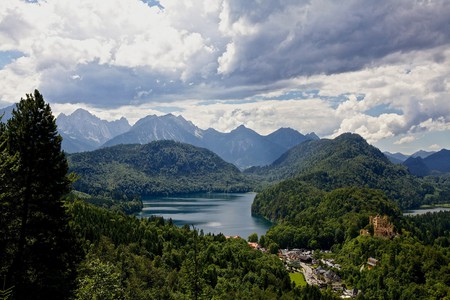 First thing’s first – all Germans speak Hochdeutsch, but in addition, many also speak their regional dialect. How many depends on the region, but it’s probably fair to say none more than Bavaria, where the local language is called Bairisch or Boarisch. The dialect is used in the mountain-adjacent regions of Austria, Italy and Switzerland, though spelling and pronunciation vary. Nobody expects visitors to speak dialect but throwing in a few phrases here and there is a good way to connect, or at least get a laugh.

Gruß Gott – ‘hello’. Bavaria is culturally Catholic, so casual references to God and the church appear regularly in conversation.

A Maß – a Maß is a litre of beer, the only size appropriate when imbibing down south. Waitresses can carry five 1-litre glasses in each hand because in Bavaria, everything is awesome.

Vo is as glo? – a natural question after some time spent putting litres of liquid into your body in the name of cultural assimilation. Vo is as glo simply means ‘where is the toilet?’ It’s usually in the basement, but in very old, very rural pubs, it just may be outside.

Buam und Madln – Useful to know in case the bathroom doors are without pictures. The one with the urinal inside or men in Lederhosen coming out of it is Buam, which means men. Dirndls and air fresheners belong in the Madln or women’s toilets.

Fesch – the main point of going to a pub in Bavaria is to find someone, Buam oder Madln, who might be described as Fesch – hopefully before too many Maß.

Duad ma laid – the Bavarian form of Tut mir leid, or ‘I’m sorry’. Note that this is used most often for genuine feelings of regret, not as some sort of tick like the Canadians or British. The more adventurous your forays into the Bavarian dialect or the more elderly your conversation partner, the higher your chance of needing I fašde di ned, which is ‘I don’t understand’.

Once you’ve had enough beer to start feeling good and not quite enough to be ogschdocha – that is drunk enough to start feeling bad – you can impress your friends by affirming or calling bullshit on the person who is talking with just a few small phrases.

ja mei – depending on how the line is delivered it can be a wry ‘I can’t change it’ to an angry, ‘It doesn’t matter, please stop talking’ Experts can use it in almost any situation. For beginners, best stick to the obvious places.

schau ma moi – if someone asks your opinion on something and you either don’t want to commit or had no idea what they were talking about, the easy reply is schau ma moi – or ‘time will tell’.

Wer ko, der ko – when you start to feel more confident in your language ability, the right moment will arrive for you to point out that wer ko, der ko or ‘when you’ve got it, you’ve got it’. Your friends and those around you will laugh hysterically and your work will be done.

Fix, Kruzifix, zefix – Bavarians are strong Catholics, so most swears from this area involve either pigs or variations on church words. Fix, Kruzifix or zefix are strong swears with near universal use. 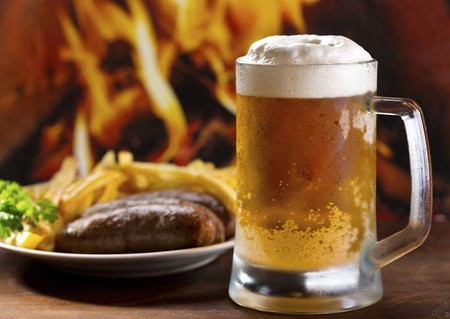