Abandoned Berlin | © :)gab(: / flickr
We hope you fueled yourself with enough sleep on your plane, car, or train ride, because Berlin is not a place for sleepers. The city is relatively big, but not too big to explore in 24 hours. We’re not saying that after 24 hours of Berlin you’ll have had enough, or that you have seen it all, but like all cities there are must sees and dos, even if you only have a day. Here are 11 things you cannot miss if you are fortunate enough to make it to Berlin if only for a day.

If you are considering whether you should rent a bike or not, you absolutely should. Riding around Berlin is one of the best ways to see the city. Getting anywhere in the city takes the same amount of time by bicycle as it does by train or car. You will see much more of the cityscape and have the freedom to choose where you would like to stop and go. It’s even worth checking in your bags for 24 hours if you’re traveling with a heavy load.

Eat a currywurst with a beer

There are many great restaurants and cafés around different neighborhoods of Berlin, but a currywurst, a German trademark, will certainly help you understand the city better. Some of the best currywursts are found in Berlin. You know they say the gut is just as intelligent as the brain? We believe it. Berlin is not a city to restrain yourself, so go for the fries on the side, and a gross (as in large) beer with your fast food dish.

One of the most notorious parts of Berlin is the East Side Gallery. First off, if the weather is pleasant, you get to stay outside and walk (or ride) along this public historical/art space. Did we mention that it’s free? If you’re craving culture, the East Side Gallery is your doughnut dessert (after the currywurst of course). If you tell anyone you went to Berlin, one of the first things they might ask you is if you went to the East Side Gallery—better not disappoint them. Oh, also it’s open 24 hours. Now there’s something to consider. 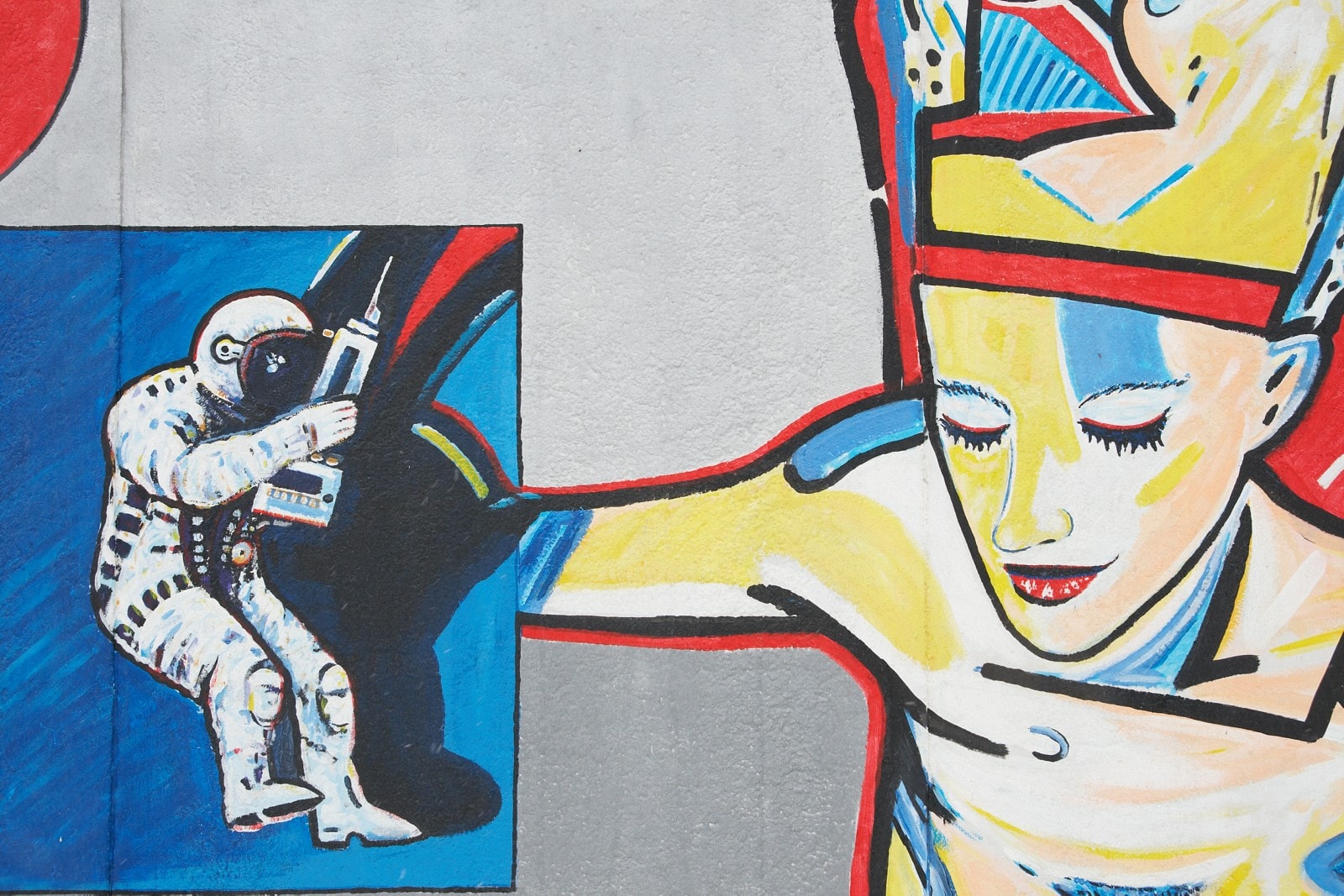 Museum, Archaeological site, Historical Landmark
Museum Island is home to five museums | © JOHN KELLERMAN / Alamy Stock Photo
Book Now
We know 24 hours might seem like a short time, but keep it stress-free, and move along the ticking clock with ease. Take a walk around Museum Island, and if you have the budget and the sincere interest, head into the museums. We recommend going to either the Pergamon Museum, The German History Museum, or the Neues. The architecture is grand, the vibe is cultural, and the art is top notch. We would recommend lending four hours of your 24 to Museum Isle—if you want to be that generous.
More Info
Open In Google Maps
Mitte Berlin, Berlin, Germany
View menu
Visit website
Visit Facebook page
Send an Email
Give us feedback

Mauerpark (if your 24 hours includes a Sunday)

Mauerpark is a world of its own. Here you can see a street musician every 100 meters, jugglers, gymnasts, and comedians in their outdoor glory. Did we mention the market? Right. There is also the market only on Sundays, filled with vendors selling antiques, vintage, contemporary, and designer objects. This is the place to treat yourself, or think of others back home who are waiting for their European gifts. There is also some of the tastiest food in Berlin scattered around this market, beer, and lots of people to meet, watch, and watch. 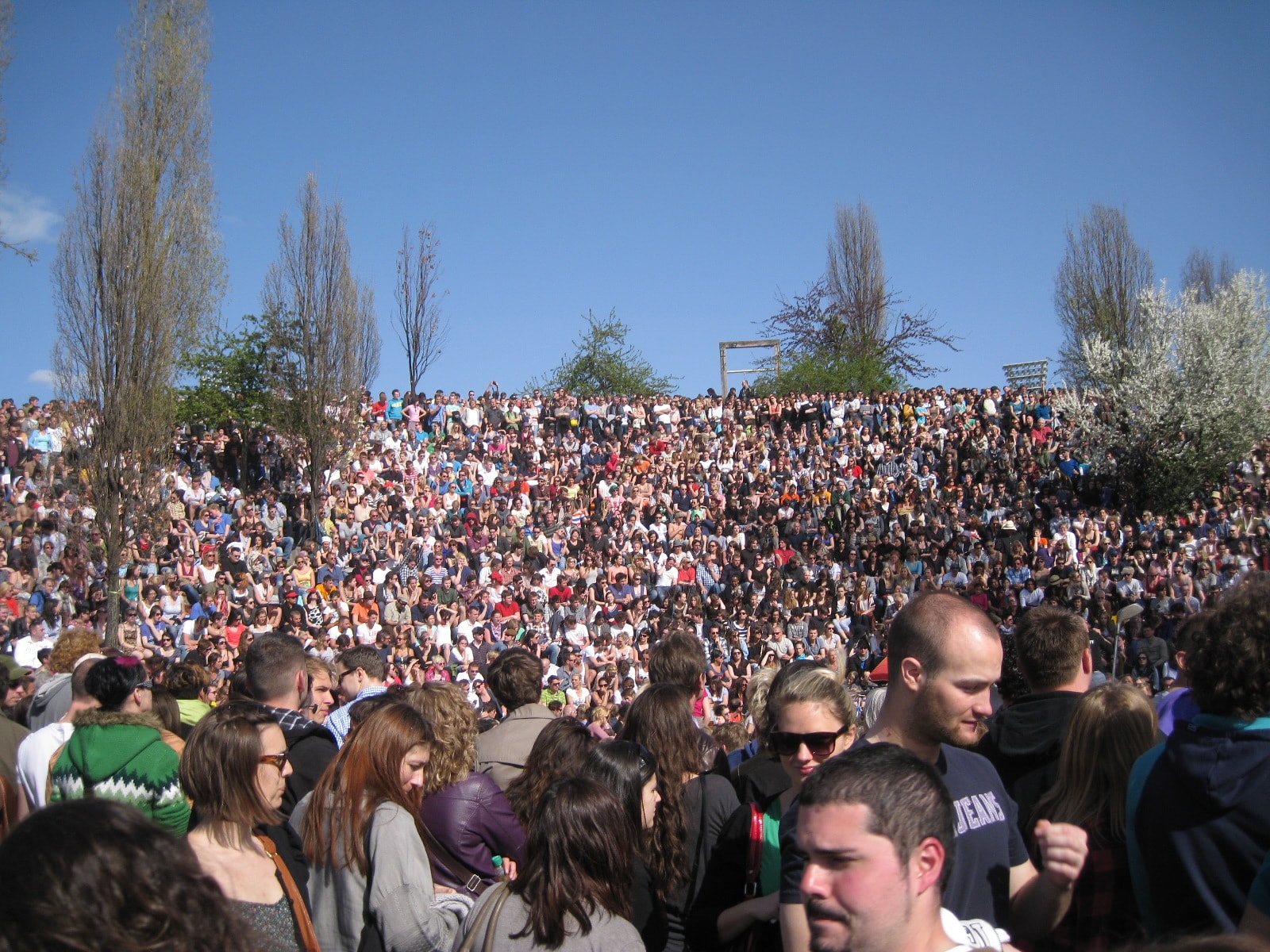 No matter which part of Berlin you begin in, you should make it to Tempelhof. Tempelhof was one of the first airports in Europe that was constructed before the Second World War. The airport resigned its operations in 2008, but has been converted into a park and is now known as Tempelhofer Feld. There are DIY gardens on the grassy areas of the airport, you can run, or ride your bike on the old airport lanes, you can join a barbecue, or simply have a Club Mate or beer and enjoy one of the best sunset views Berlin has to offer. Once you’re there you should have a walk around Neukölln. Many New Yorkers call Neukölln the Bushwick of Berlin. 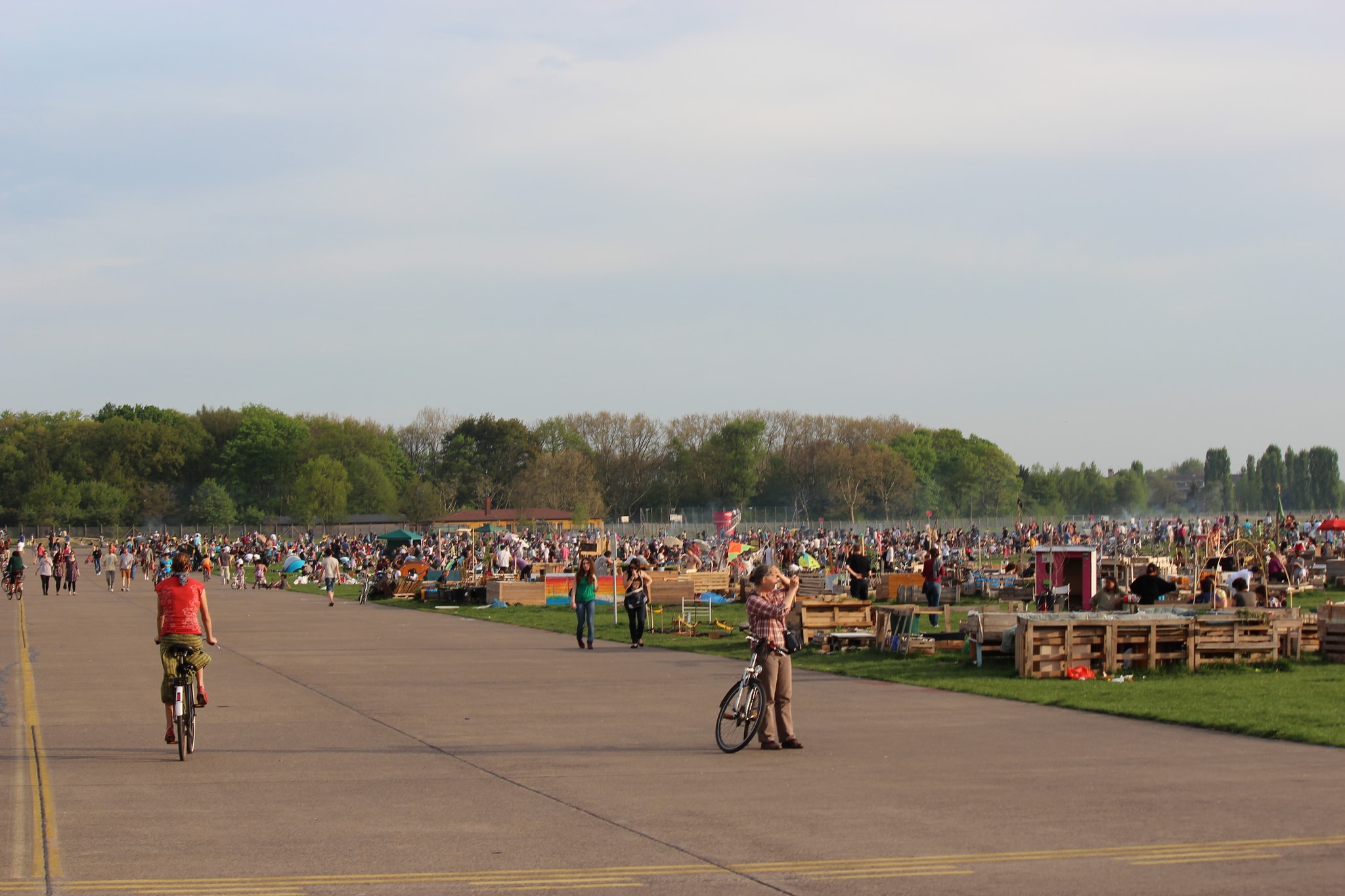 The döner kebab is unique to Berlin and is a must-try. There are several famous, top-rated döner stands, and then there is your average döner, which still beats many other eats in the Berlin food scene. The döner kebab is carved meat off a giant meat sphere that rotates slowly around a flame to keep it roasted and toasted. The bread is a thin wrap and of course there are plenty of sauces. For the vegans and vegetarians out there, you can’t skip out on the falafel or the magali (roasted veggies). It’s cheap and almost too good to be true.

Go to a sauna

If you’ve arrived in Berlin during its long winter, go to a sauna. Be brave and get naked. Since that’s what most of the Berliners are doing, you may as well give it a shot. If you’re too modest to get naked then keep a swimmer handy, but if you’re used to keeping your privates private you may want to utilize your chance to explore a potentially liberating experience. Go for it, nobody’s looking… too long.

If it’s the weekend and you need to dance, and need to know the Berlin party scene, then go to Berghain, but know this will be your full 24 hours, but also you won’t regret it. If you want to get in, try not to act and look like a tourist. If you miss your exit ticket out of Berlin, don’t say we didn’t warn you. 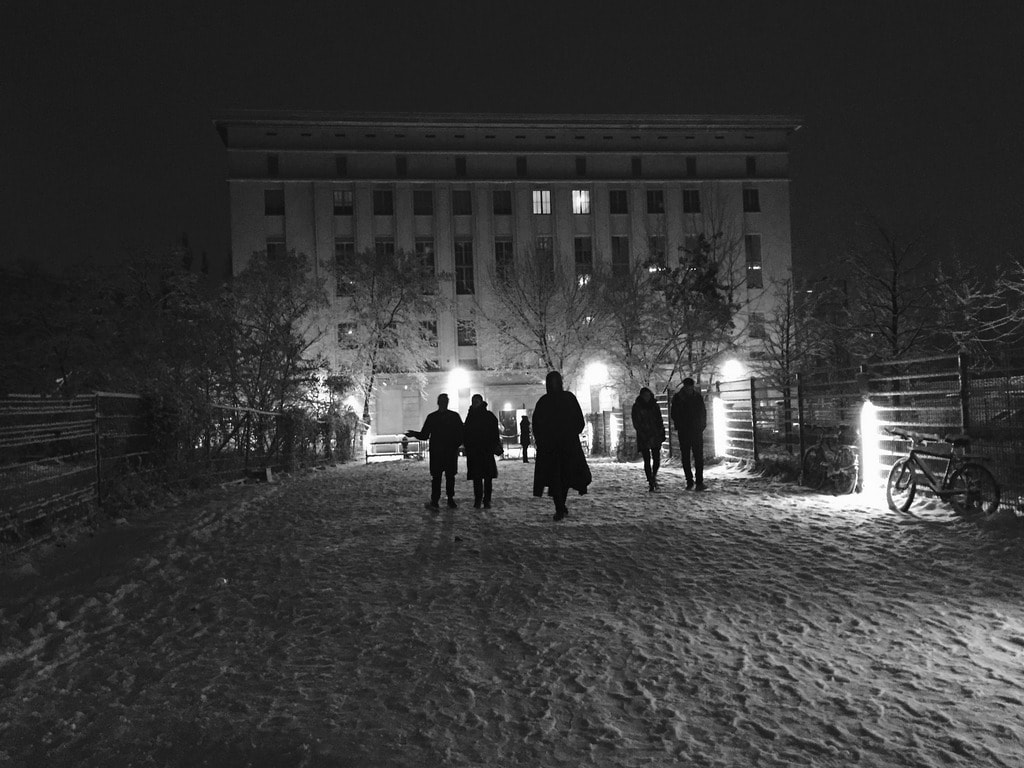 There are still plenty of abandoned buildings all around Berlin. Some are in the absolute center, while others are further out. These sites are pretty well known so don’t expect to get there and have the whole graffiti building to your own haunted cruising, but that doesn’t mean it’s not worth the trip. Some of the more popular destinations are locations like Teufelsburg and Spreewald, but there are a few further, less touristy buildings, you just have to keep your eyes and ears open.

Go to a park or lake

The best time to go to a park in Berlin is the summer, because they are full of life and people. Every other group is making a barbecue, drinking beers, or having a picnic. You can go swimming in the several fresh-water lakes found around the city, while sunbathing with the nudists or the bikini keepers. The parks and lakes are what makes Berlin one of the best cities in the world to be in the summer.

Görlitzer Park © teresaaaa / Flickr
Book with our partner and we will earn a small commission.
Give us feedback