11 Selfies From The 19th Century 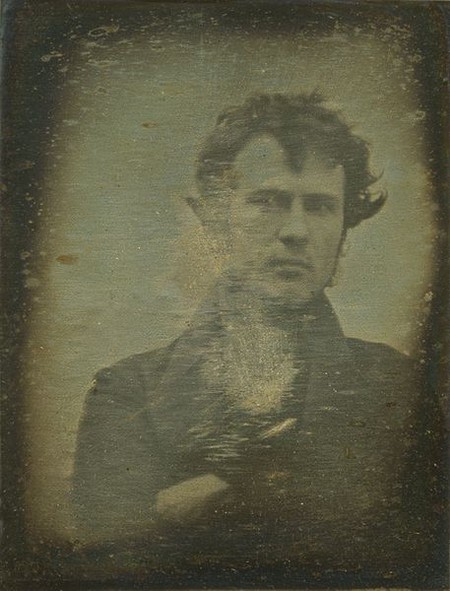 Thanks to the proliferation of iPhones and selfie sticks in modern life, we 21st century dwellers are experts in the art of the selfie. They say that if you practice anything for 10.000 hours, you will become a master in that field. That should make a modern man a selfie expert. Sadly, in the 1800s they were not in such a fortunate position, as these 19th century selfies show.

Marie Ellenrieder, Self-Portrait as a Painter (1819) 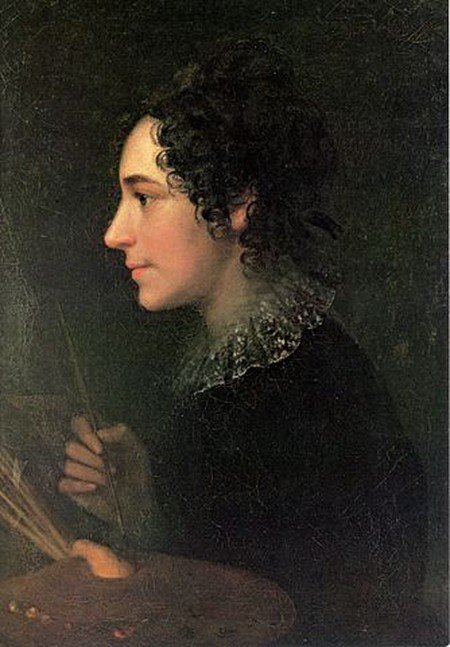 Marie Ellenrieder was a German painter who worked in the early part of the 19th century. A remarkable woman, Ellenrieder was the first female artist to enter the prestigious Academy of Fine Arts in Munich. She created a lot of religious artwork and, for a time, was the court painter to Grand Duchess Sophie of Baden. 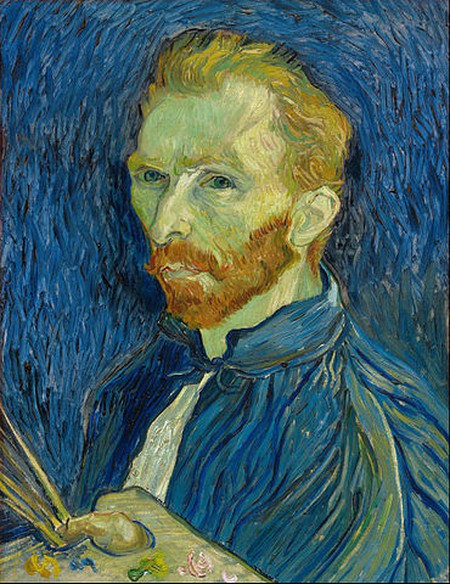 Vincent Van Gogh was a prolific painter, and his works are some of the most highly sought after in the world. However, during his lifetime he was unappreciated artistically, and was tragically dogged by anxiety and severe bouts of mental illness. He died aged 37 of a self-inflicted gunshot wound to the head.

Analysis: Van Gogh was a prolific self-portraitist and was well aware of the benefits of capturing the face at an angle (cheekbones!). His use of color is always exciting and bold in the impressionist style, allowing him to use a range of shades of one color in a single painting to produce an effect. A similar thing is achieved nowadays with Instagram filters.

This photograph of Robert Cornelius by himself could be considered the first proper selfie in existence. To take it, he pulled the cap off the lens, quickly ran into shot and stood there for 5 minutes, before dashing back and replacing the lens cap. He took the photograph outside his father’s shop in Philadelphia.

Analysis: The first-ever selfie is a classic of the genre – because that is what classic means. Looking stylishly disheveled, he stares straight into the lens, unabashed and unapologetic. Top marks, Mr. Cornelius.

A painter active during the Qing dynasty, Ren Xiong was a part of the Shanghai School in Chinese painting. He was known for his bold and angular style.

Analysis: This is the sort of selfie taken by teenage boys who have just started going to the gym and think that they’re now a hard-as-nails Adonis. 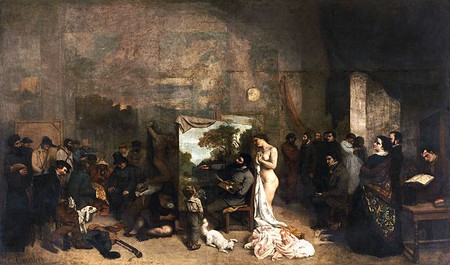 Gustave Courbet was committed to painting only what he could see, rejecting the Romanticism of the previous generation of visual artists. Here, he creates an allegorical representation of the influences on his artistic life.

Analysis: Courbet is trying to make himself look very popular in this crowded selfie. Didn’t work though, because they all look really bored. 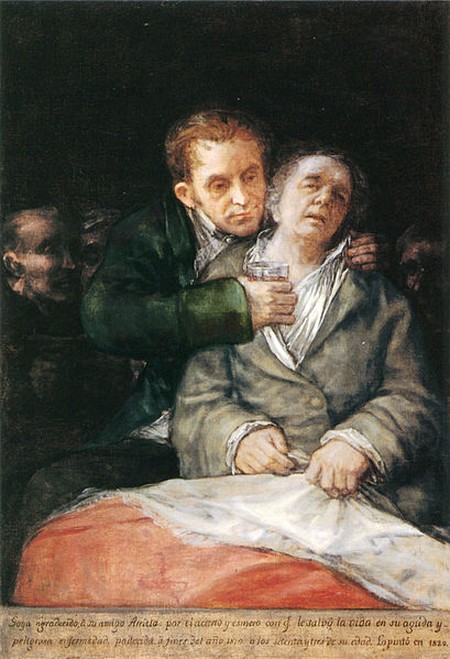 Francisco de Goya is considered one the most significant Spanish artists of the 18th and 19th centuries. He was very successful during his lifetime as a painter and printmaker, and also as a social commentator and chronicler.

Analysis: A classic of the selfie genre, here we have the recumbent figure of Goya looking rather the worse for wear, as his friend wraps an arm around his shoulder and tries to force a drink down his throat. 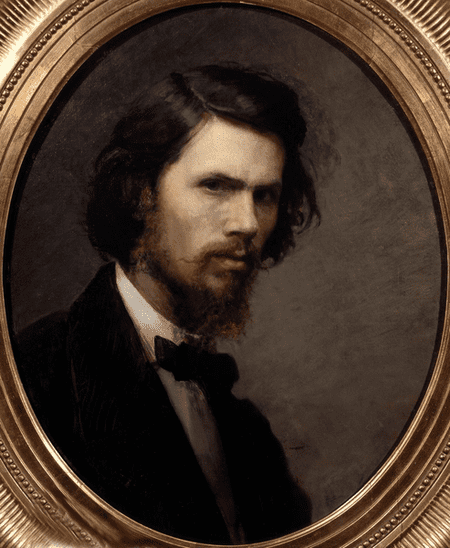 Ivan Kramskoi can count several notable names among his subjects, including Fyodor Dostoevsky and Leo Tolstoy. Kramskoi was a respected artist who was known for often painting his religious artworks from a moral-philosophical perspective.

Analysis: Another stalwart of the selfie genre, and another classic faux pas. Kramskoi is capturing himself in a mirror, with what looks like a fresh-grown beard and a carefully cultivated air of profundity. We’ve all been there. 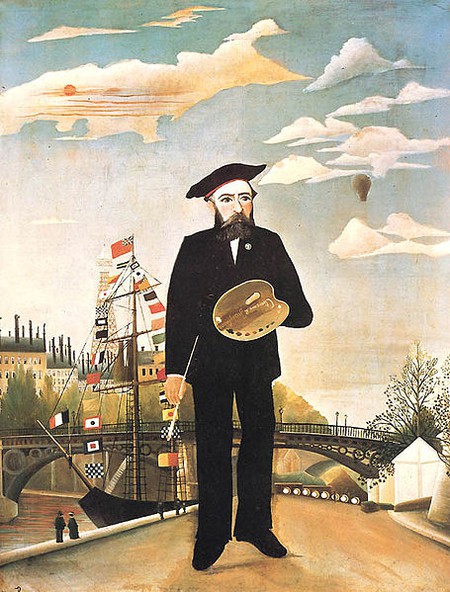 Not the Rousseau that you were thinking of, this is the work of Henri Rousseau. Rousseau was mocked by critics during his lifetime for his work’s naive, simplistic style; however he has come to be recognized as a self-taught genius whose work is of high artistic value.

Analysis: A classic tourist snap, Rousseau is no-doubt sending this selfie to all his friends who are in less exciting places. An interesting cartoon-esque effect on this portrait adds a layer of artifice to this flagrant ‘my life is better than yours’ selfie. 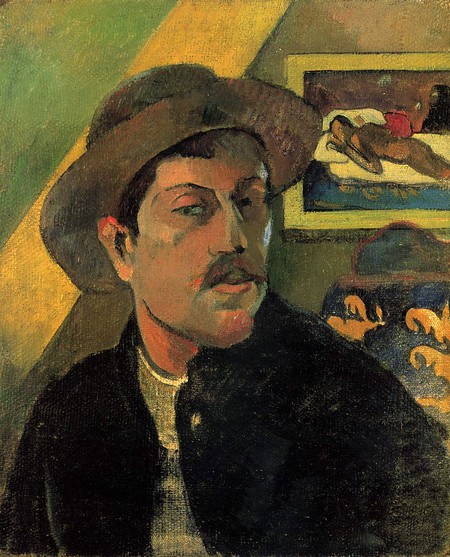 Paul Gauguin was a hugely influential painter, inspiring artists like Picasso and Matisse. A close friend of Van Gogh, Gauguin was also not fully appreciated during his lifetime. His style differed from most other work at the time, and is best described as post-impressionist.

Analysis: Gauguin is a master of the selfie. What’s not to like about this” Hat” Check. Head at a flattering angle” Check. Good lighting showing off bone structure” Uh-huh. 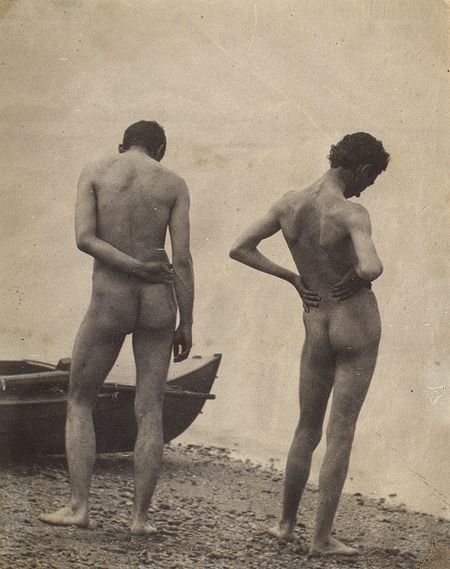 Thomas Eakins is commonly considered to be one of the most important artists in American art history. His collective works are thought to offer an overview of intellectual life in Philadelphia, his hometown, in late 19th and early 20th centuries.

Analysis: Bit of naughty one, this one. This is one of those cheeky ‘Lads! Lads! Lads!’ photos of those males who shave the sides off their hair and say things like ‘squad goals.’ 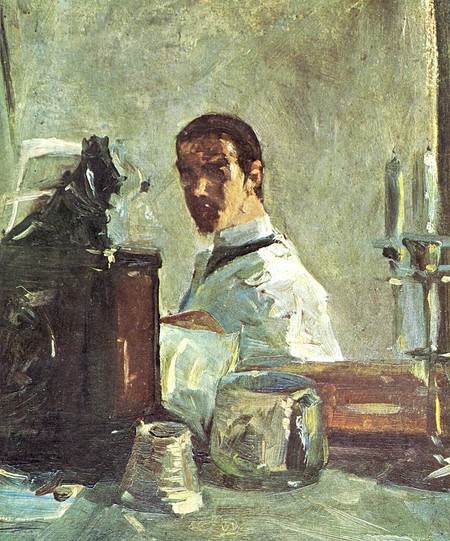 Henri de Toulouse-Lautrec is an incredibly well-known artist, and for good reason. His post-impressionistic style captures the colorful and exciting Parisian life of the late 19th century, providing us with an insight into the decadence of that time. His personal life is equally intriguing, as he turned to alcohol to deal with his own physical deformity caused by a childhood accident.

Analysis: Methinks Mr Toulouse-Lautrec might have had a few too many before this ‘made it home after a crazy night’ selfie; the clever blurring over the face covers his drunk eyes. You know what I mean…