11 Reasons to Visit Hamburg Over Berlin 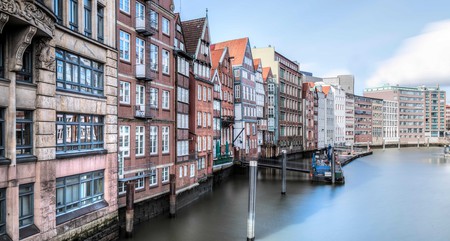 There are so many reasons to visit Hamburg over Berlin that it’s almost difficult to reference them all in one article. Some say Berlin and Hamburg are so resolutely different, that it’s impossible for one person to love both cities. Others say that each city has their own individual charm, so much so that’s it’s almost difficult to even compare the two. We’re not here to claim that one city is better than the other, but what we can do is give you some reasons why the proud, independent maritime Hamburg could be the city for you.

It’s the gateway to the world

Seated on the River Elbe between the North and Baltic seas, Hamburg is proud of its medieval history as a Free City and a key member of the Hanseatic League. The city was an important port of departure for immigrants to the New World, and its trade routes still stretch across the globe. Hamburg is, and always has been, a worldly, cosmopolitan, and diverse city with much to offer to its citizens and guests. 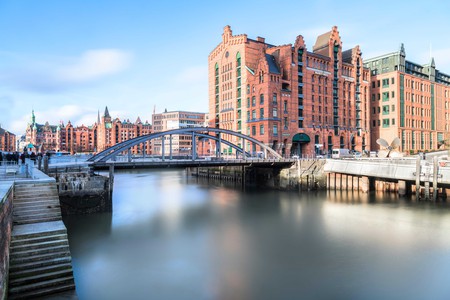 Not only is Hamburg close to two seas, it also has three rivers – Elbe, Alster, and Bille – as well as numerous waterways and canals. Don’t waste time and money on slow cruises on Berlin’s River Spree – enjoy the North Sea winds on the gorgeous Elbe and see for yourself why Hamburg is called the ‘Venice of the North’. But be warned, this lovely description is not entirely accurate: Hamburg has six times as many bridges as Venice, more than any other city in the world. 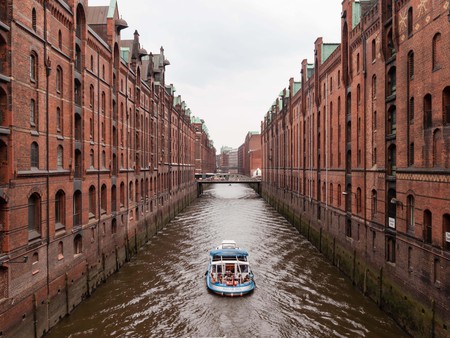 It has a centre and it’s beautiful

Berlin is known for its diverse districts, each one trendier than the next, but it’s missing something Hamburg has: a single-core, heart-of-the-city downtown. Wrapped around picturesque Lake Alster, Hamburg’s city centre is a home to countless architectural gems and a bustling shopping district wrapped into one. Here you can stroll through shopping arcades, admire the City Hall, stop for a coffee and cake with a view, or take a canal boat tour to see sailing boats and lavish villas along the Alster’s shore. 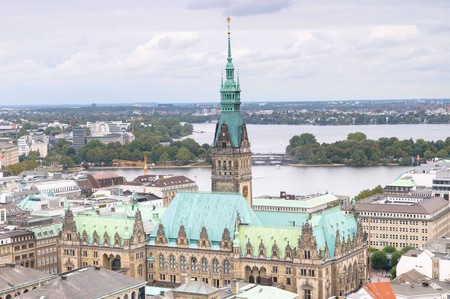 It is a shopper’s paradise

Hamburg is Germany’s wealthiest city and the perfect place for some retail therapy. Sure, Berlin has great shopping streets and countless quaint boutiques, but by the time you’ve identified which part of Berlin has what you’re looking for, in Hamburg you’ll already be resting your feet drinking a coffee with a view of the Alster, shopping bags at your feet. From shopping centres to small handicraft stores, luxury brands to flea markets, in Hamburg you will find something for every aesthetic and budget. 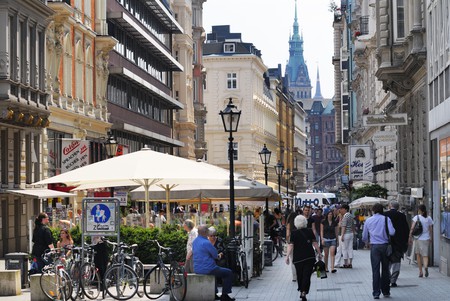 Its food comes straight from the source

Hamburg’s close proximity to rivers and the sea always ensures a supply of fresh fish and seafood. The Altes Land orchards south of the city comprise the largest fruit-growing region in Central Europe. Furthermore, Hamburg has centuries of experience handling luxury wares such as coffee, tea, and exotic spices straight from the ship. Skip Berlin’s curry sausages and Turkish döner, and sample the fresh Hamburg cuisine in one of the city’s high quality restaurants. 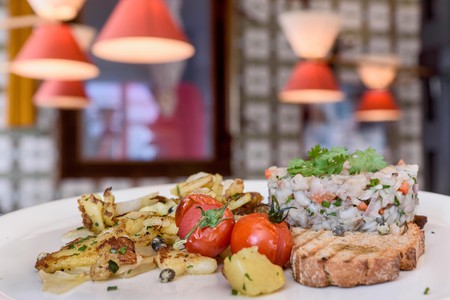 It is perfect for club-hopping

Forget the efforts of trying to find the best Berlin kietz for a night out. In Hamburg, you can simply go to the Reeperbahn – Europe’s longest party street, and a world-famous red-light district – and see where the night takes you. The countless bars, clubs, and discos along the Reeperbahn and its surrounding streets and squares truly come alive after midnight. Be assured, the party won’t stop before the sun comes up, and maybe not even then. 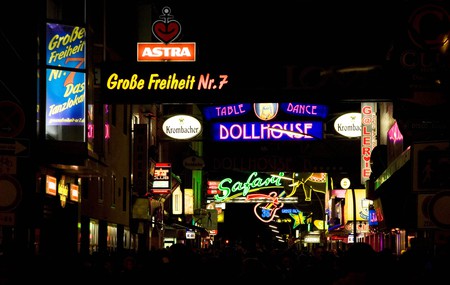 It is Germany’s top cultural destination

The opening of the extravagant Elbphilharmonie concert hall in January 2017 has put Hamburg in the spotlight as the current must-see destination for music lovers worldwide. But the city has even more to offer. Hamburg has over 50 museums, 45 theatres, and around 100 music venues and clubs. It’s one of the biggest musical cities in the world, second only to New York and London. When it comes to music and art, Hamburg will not be outshone by Berlin. 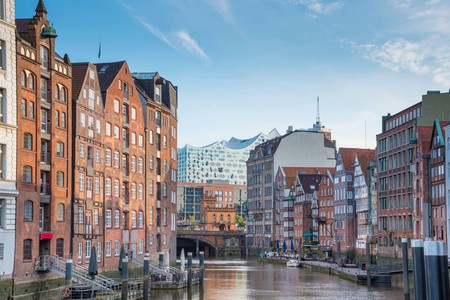 Save yourself the time and effort of navigating Berlin’s vast public transport system. Hamburg’s efficient network of metro lines, buses, and ferries (yes, ferries!) will ensure you get to your destination in less than half in hour, be it the airport, museums or clubs, shopping malls or nature reserves in the city’s outskirts. The city centre and harbour areas are easily covered by foot, but you can always hop on a red city bike – the first half hour is free. 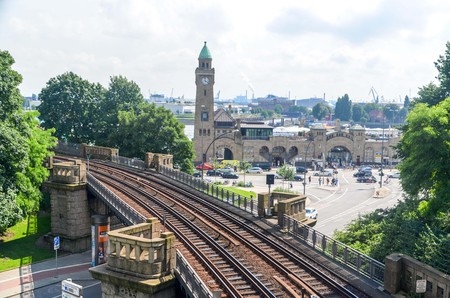 Both Hamburg and Berlin are proud of their large parks and recreational areas but in Hamburg, nature will never let you forget its presence. Just a short walk from the City Hall, the Planten und Blomen Park is the city’s green heart, beloved by the locals in all seasons. The city centre is dominated by Lake Alster, and the flood fortifications along the harbour are a constant reminder of the vicinity of the sea. In Hamburg you never have to go far to escape the hustle and bustle of the city. It’s no wonder that the city was awarded the European Green Capital title in 2011. 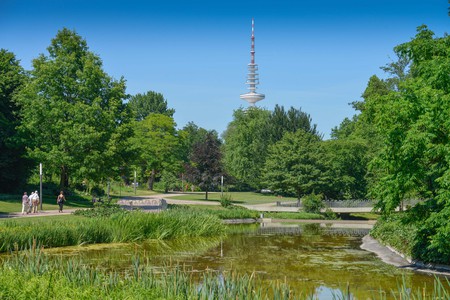 It has a soft spot for the alternative

If you believe that Hamburg, as opposed to Berlin, is only about old money and business, think again. It has always been a diverse, international city filled with people who appreciate authenticity and like to call things for what they are. Hamburg’s wealthy merchant facade hides neighbourhoods that showcase different facets of the city. The leftist Sternschanze, the queer Sankt Georg, the trendy Karolienenviertel and other districts offer visitors a chance to enjoy the charm of Hamburg’s alternative side. 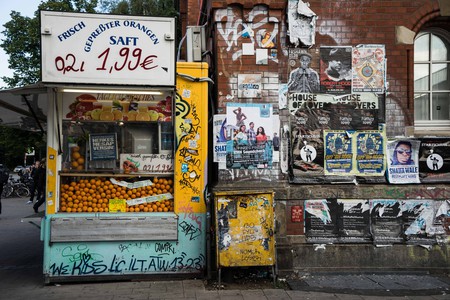 Look closely and Hamburg will reward you with wonderful hidden corners. A passage between houses on the Deichstrasse will bring you to a water platform with exquisite views on the historic buildings along the canal. In a tiny street next to the Sankt Michaelis Church hides the oldest assembly of townhouses in Europe. Walk just a few streets further and you’ll discover the gorgeous 17th and 18th century buildings of the Peterstrasse artist district. When it comes to Hamburg, there’s always more than meet the eye. 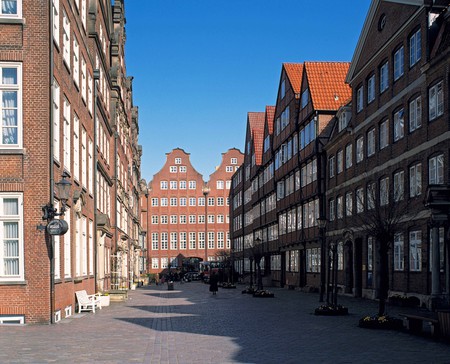