11 of the Naughtiest Places in Germany 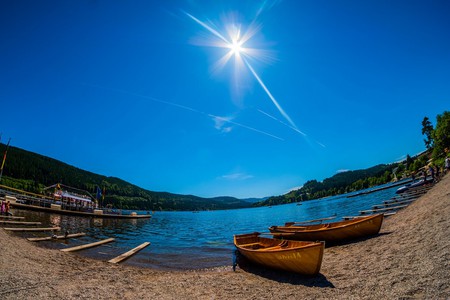 Way up north on the Jutland peninsula, practically next door to Denmark, intrepid travellers will find themselves nestled in Büsum. While welcoming all who wish to rest a while, 99 percent of the visitors are German. Though small, Büsum provides ample opportunity for visitors to enjoy themselves. Drive a bit south of Büsum and you’ll find Cuxhaven. True story. 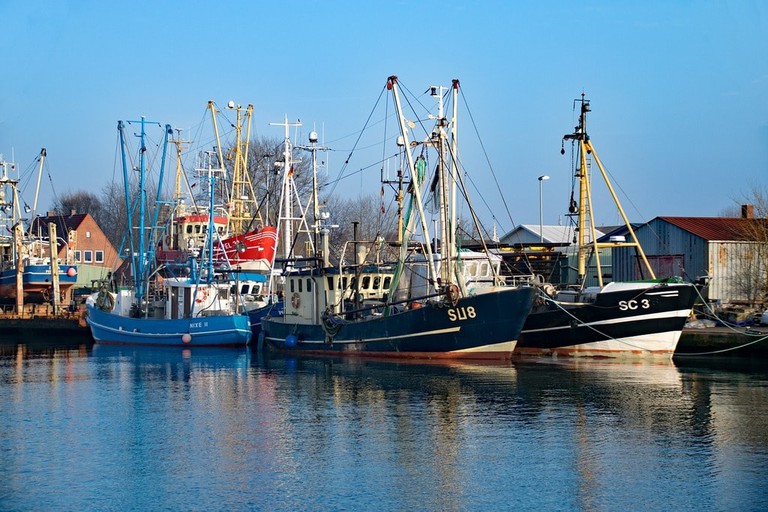 Ships in the port at Büsum, Germany | © Lapping/Pixabay

Walk for 10 minutes from Friedrich-Wilhelmplatz in south-west Berlin and you’ll come upon Dickhardtstrasse, a cute little street in a residential neighbourhood full of trees and old stock houses with balconies. Dick in German means thick, a gift from heaven for giggly English speakers. If you think Dickhardstraße is bad, try asking for Dicksoße (mayo) at the supermarket.

Though technically in Austria, the village of Fucking is just four kilometres from the German border – and also so amazingly named that we can overlook something as arbitrary as an international frontier. The village has just 100 people and was named as belonging to a local nobleman Focko in the 11th century. Life is pretty quiet in the village. The only crime reported is when tourists steal the town sign. 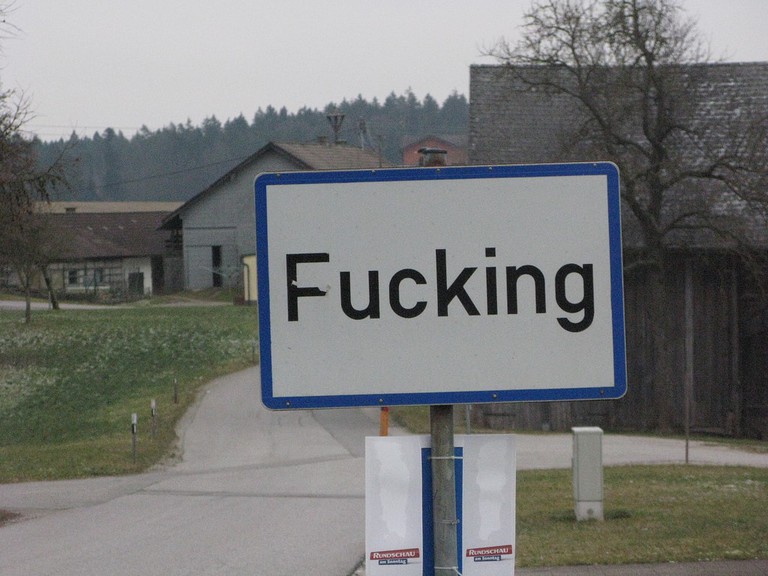 Berg Wank is a mountain in the Bavarian Alps near Garmisch-Partenkirchen, about 100 kilometres from Munich. Because this is prime skiing country, there are a whole host of businesses that use Wank as part of their name. For example the Wankhaus is at the top of Wank Mountain, and can be reached by the Wankbahn, for which you can buy an annual Wankpass. After the cable car ride, you can spend the night in the town of Wank, perhaps sitting for a time on a bench (Wankerbank), admiring the view. 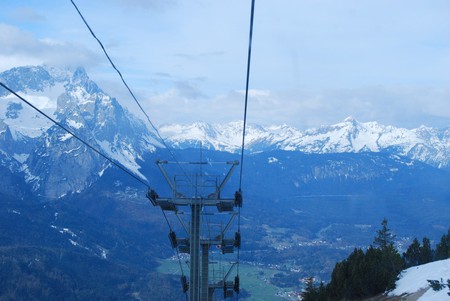 The Fuggers were a hugely important family of bankers in the Middle Ages, and as such have streets named after them in Augsburg, Leipzig, Berlin, Nuremberg, and Munich. One family member, Jacob The Rich, you know, to distinguish him from all the other Jacobs in his family that were just plain wealthy, built an enclave called the Fuggerei, which has become the oldest social housing project in the world. 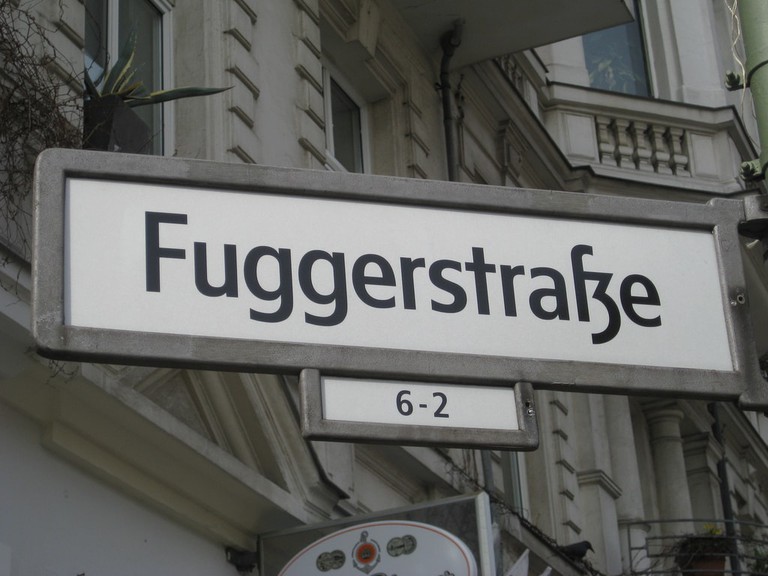 In northwest Munich, next to the Helen Keller School, an Aldi, and a daycare, lies the epically-named Fürkhofstrasse. It’s an unassuming street, with modern apartment buildings in the Johanneskirchen neighbourhood about 10 minutes walk from the English Garden… the northern part of it, at least. Fürk is a German surname and hof means yard in the sense of backyard or farmyard.

Not a street or village, but the German word for cooking shop, which means, for all the 12-year-old boys among you, that there are shops so-named in pretty well every town in the country. Perfect for a game of Kochhaus bingo. Which one are you going to visit next? 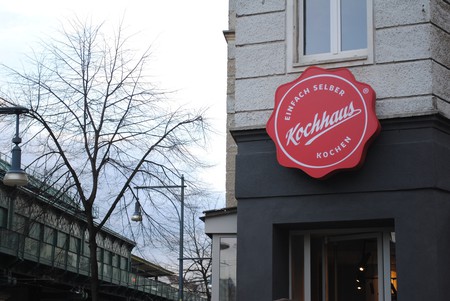 About a half hour walk from the BMW Museum and the Olympic Stadium in north Munich, Schittgablerstraße looks like not much more than a service road. Parked tractor trailers, a liquor store and long, scraggly grass – you can imagine the scene.

What is it with stores in Germany? On Türkenstraße, also in Munich, you can find a shop called Suckfüll. This particular shop sells household goods, but given that Suckfüll is a not-uncommon German surname, it is possible to buy cheap energy from, get a custom house built by, have your dead body prepared and buried by businesses called Suckfüll. What a time to be alive. 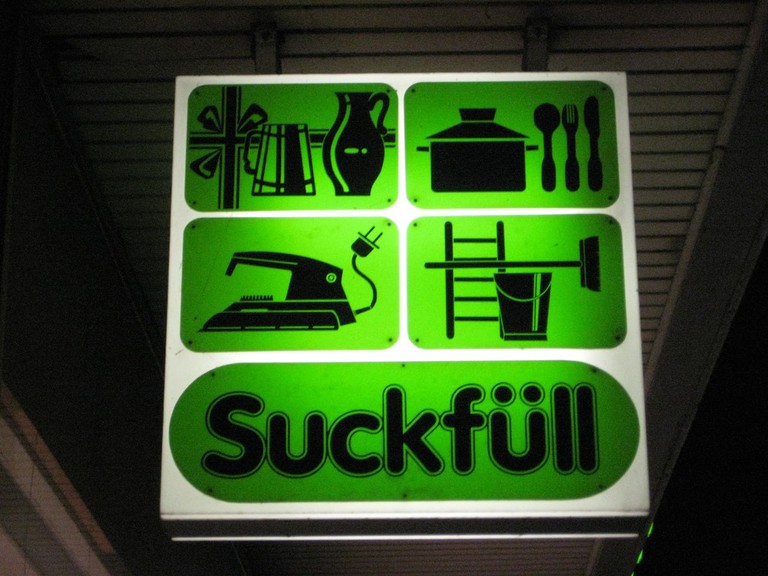 There are many towns in Germany with a Hofackerstraße – Essen, Mülheim, Kirchhain and Freiburg for example. Hof, remember, means yard as in farmyard, and acker means land or field and is probably where English speakers got the word acre from. So, years ago, it seems likely that the streets were built through a farmer’s field or similar. These days, who knows what the residents get up to.

This extremely popular holiday spot is a lake in the Black Forest. Given that titten means what you think it does in German, it’s not just English-speakers who are giggling. No one is quite sure why the Titisee is so-named, though the two main theories are that teti means babies in the old local dialect and legends about babies coming from the lake are common in central Europe, or the lake was given its name by a passing Roman general called Titus. 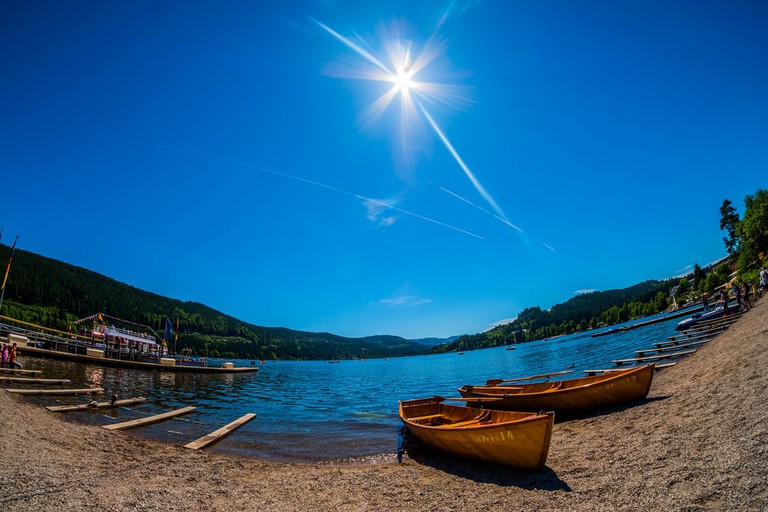