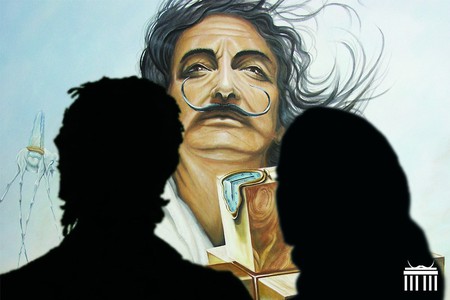 Although there are some benefits to visiting Berlin during it’s colder months, the short days and dropping temperatures can eventually take their toll. As the grey-hued days become more regular, locals and visitors find themselves seeking some respite from the gloomy weather. Thankfully, the city is also filled with awe-inspiring, cosy galleries and museums that have the ability to crank up the heat and warm up even the darkest winter day with their euphoric artwork. 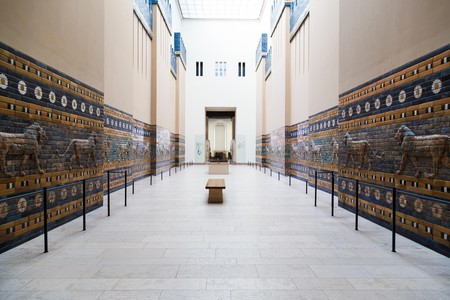 The reconstructed Ishtar Gate of Babylon is on display at Berlin’s Pergamon Museum | © Kerin Forstmanis / Alamy Stock Photo
Book Now
The Pergamon Museum located on Berlin’s Museum Island is home to some impressive archaeological sites. Among the most impressive is the complete floor to wall reconstruction of the Gate of Babylon, Ishtar Gate. Thought to have been built around 575 BC during the reign of King Nebuchadnezzar II, the Ishtar Gate was the eighth entrance to the inner city of Babylon. The brightly coloured gate is complete with vivid stone embellishments, including designs of lions and historic patterns. This impressive, awe-inspiring structure was originally built as a dedication to the Babylonian goddess Ishtar and this is where the structure gets its name. As part of the original Seven Wonders of the World, it’s a colourful insight deep into the past.
Open In Google Maps
1-3 Bodestraße, Mitte Berlin, Berlin, 10178, Germany
+4930266424242
Visit Website
Give us feedback

Salvador Dali still at Dali Museum in Berlin | © DaliBerlin.de/Courtesy of DaliBerlin
As Germany’s first Dali museum, Dalí Berlin is filled with an extensive collection of the artist’s work. Together with private collectors from across the globe, the initiator and curator, Carsten Kollmeier, has compiled more than 450 pieces for the comprehensive exhibition in Berlin. The permanent collection is an impressive insight into the graphic work, workbooks, illustrated books, sculptures, coins, films and three-dimensional installations created during Dalí’s lifetime. Among this work are six lithographs commissioned by French railway company Société Nationale des Chemins de Fer Français (SNCF), who asked Dalí to design fanciful landscapes of different regions of France. The Paris lithography is an explosion of colour and technique, one of many works that will brighten any visitor’s day.
Open In Google Maps
7 Leipziger Platz, Berlin, Germany
+4970032542375
Visit Website
Give us feedback

Golden Mosaic at the Bode Museum 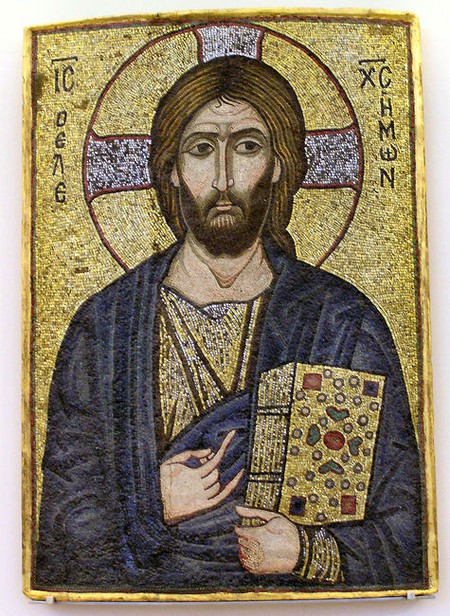 Mosaic of Christ the Merciful | © Gunnar Bach Pedersen/WikiCommons
Book Now
Part of the Bode Museum’s permanent collection is the Museum für Byzantinische Kunst, which houses a first-rate collection of late Antique and Byzantine artworks and articles. Most regions of the ancient Mediterranean world are represented in the collection, with objects from Italy, Turkey, Greece, the Balkans, Egypt, Nubia, North Africa, and many Middle Eastern countries. Within this broad collection, the Bode’s collection has defining works of early Christian iconography. Among the collection’s highlights is a bright, golden mosaic of Christ, entitled Byzantine mosaic icon with Christ the Merciful. Dating back to the first half of the 12th century, this ancient piece is rich in history and an impressive sight to behold.
Open In Google Maps
Am Kupfergraben, Mitte Berlin, Berlin, 10117, Germany
+4930266424242
Visit Website
Give us feedback 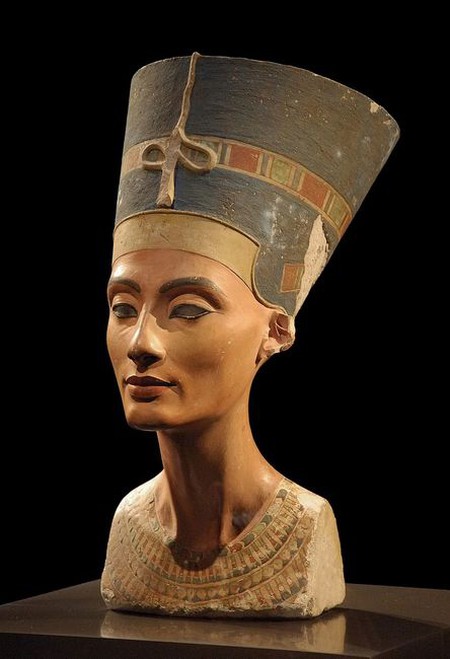 Picture of the Nefertiti bust in Neues Museum, Berlin | © Philip Pikart/WikiCommons
Book Now
In the heart of Museum Island, the Neues Museum is home to Berlin’s top Egyptian collection. Providing a comprehensive insight into the continuities and changes that took place during the four millennia of ancient Egyptian and Nubian culture, the exhibition explores the history of the collection and of Egyptology itself. One of the most famous artefacts within the collection is the Nefertiti Bust, a painted stucco-coated limestone bust of the Great Royal Wife of Egyptian Pharaoh Akhenaten. Discovered in 1912 by German archaeologist Ludwig Borchardt and his team, it has been kept in various locations throughout Germany, including the cellar of a bank, a salt mine, and the Egyptian Museum in Charlottenburg, until it was returned to the Neues Museum, where it was originally displayed before World War II.
Open In Google Maps
1-3 Bodestraße, Mitte Berlin, Berlin, 10178, Germany
+4930266424242
Visit Website
Give us feedback

One of Germany’s most interesting artists has a colourful abstract masterpiece hanging in Berlin. Otto Freundlich studied dentistry before deciding to become an artist and moving to Montmartre, Paris, living near Pablo Picasso, Braque and other influential artists.With the outbreak of World War II, Freundlich was interned by the French authorities but released, for a time, under the influence of Pablo Picasso, until in 1943 when he was arrested and deported to Majdanek Concentration Camp where he was murdered. Otto Freundlich’s fine artwork is an insight into the expressionist scene in Germany and the heavy influence of France, his work is a dance of colour and light. Hanging in the Berlinische Galerie, this work is steeped in prestige and history. 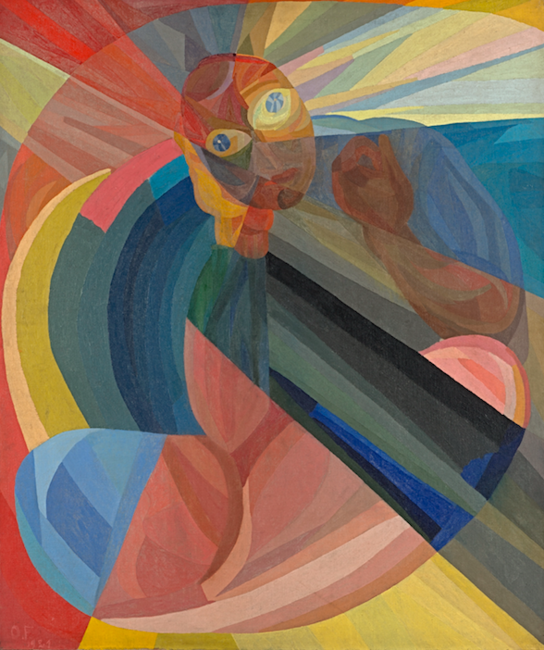 The Market Gate of Miletus is a large marble monument built in the 2nd century AD, that has been entirely excavated and reconstructed in the Pergamon Museum. The impressive monument is a part of an encompassing permanent exhibition at the museum which gives a unique and antecedent insight into an ancient civilisation. In the early 1900s, the gate was excavated by a German archaeological team, rebuilt, and placed on display in Berlin; the gate was damaged in World War II and underwent restoration in the 1950s. Now, it can be experienced by locals and tourists in the heart of Museum Island. 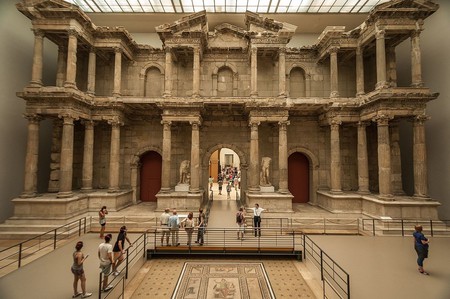 Hanging in Berlinische Galerie is acclaimed German-Jewish surrealist artist Felix Nussbaum’s dark yet stunning oil painting entitled Folly Square, also known as ‘Toller Platz,’ meaning The Great Place. Nussbaum’s artwork has been hailed for giving a rare glimpse into the essence of an individual’s experience among the victims of the Holocaust. His work hanging in Berlin depicts the turbulent times of Nazi Germany, as the painting’s foreground shows a group of young artists unloading their paintings in front of the Prussian Academy of the Arts, while its distinguished professors parade past. In the background are Brandenburg Gate and Max Liebermann, the president of the art academy during this time. The painting’s central theme is a generation in conflict, taking the point of view of the younger artists. 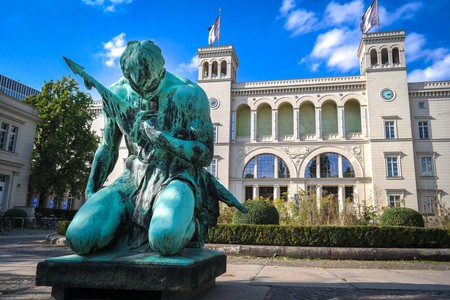 Hamburger Bahnhof Museum is home to a collection of contemporary art | © Peter Delius / Alamy Stock Photo
Book Now
The permanent exhibition at Hamburger Bahnhof comes from the Erich Marx collection and is reflective of the museum’s history. The former train station was transformed into the Hamburger Bahnhof – Museum für Gegenwart, or Museum of the Present, opened in 1996 with the Marx Collection. The core of the collection revolves around works by world-famous artists of the second half of the 20th century and among its impressive works is a permanent exhibition of Joseph Beuys’ major work, Das Kapital Raum, which was created in 1980 for the Venice Biennale. Housed in the museum’s west wing, the exhibition also encompasses film documents showing important performances by the artist, putting the creative process into context. A radical insight into Beuys commitment to understanding artistic production as ‘social practice’, the permanent feature is a captivating and unique show.
Open In Google Maps
50-51 Invalidenstraße, Mitte Berlin, Berlin, 10557, Germany
+4930266424242
Visit Website
Give us feedback

Naum Gabo’s sculpture, a model for ‘Constructed Torso’ is a key experimental construction of the artist’s career. Thought to have been started in Norway where he was seeking refuge from his homeland Russia during the First World War, it was completed after his return home at the end of 1917. Renouncing traditional sculptural notion, Gabo developed a new method to express what he saw as more authentic realities of depth and space. Now on permanent display at the Berlinische Galerie, the structure is neither modelled nor sculpted and instead was constructed by sticking together smaller elements. 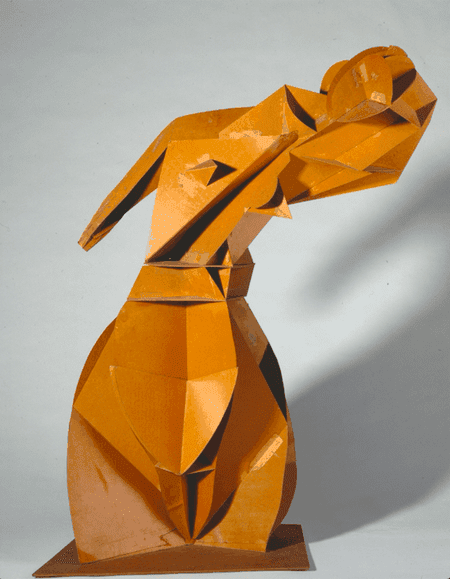 Hanging in Berlin’s Alte Nationalgalerie is one of the few works of Paul Cézanne that can accurately be dated to a year. Part of the galleries impressive holding of Romantic and Impressionist masterpieces, ‘Moulin Sur la Couleuvre à Pontoise’ by Paul Cézanne was painted during the artist’s half-year stay in Pontoise, near Paris, where he was staying near old friend Camille Pissarro, who had influenced him to explore the Impressionist path. As always, Cézanne has recreated a motif of vivid accuracy and colour and the warming piece fits well into the galleries overall romantic exhibition. 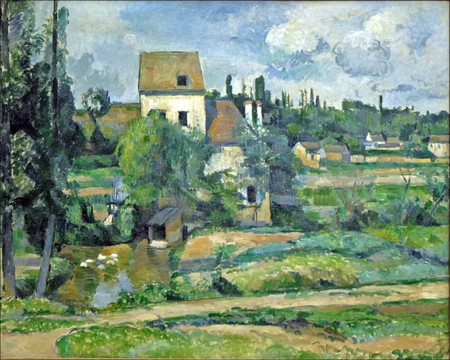 In September 1903 a large monument to the composer Richard Wagner was unveiled in Berlin’s Tiergarten. The joyous unfolding was captured by artist Anton von Werner, who was appointed Director of the Royal Prussian Academy of Arts in Berlin. Werner immortalised the occasion with vivid detail, colour and life, capturing the events before him and cementing his own effortlessly profound style. Hanging in the Berlinische Galerie, this stunning oil painting is a wonderful window into the past. 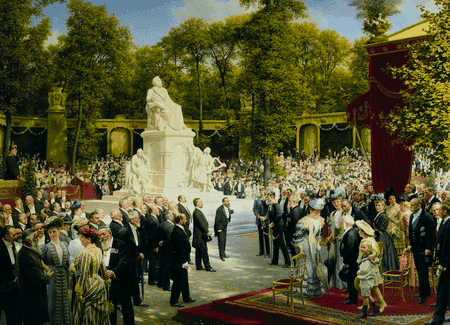 Unveiling of the Richard-Wagner Monument in the Tiergarten by Anton von Werner | © Urheberrechte am Werk erloschen Repro: Kai-Annett Becker/ Courtesy of Berlinische Galerie
Give us feedback