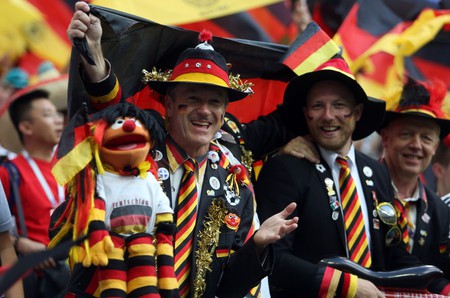 As the 2018 World Cup kicks off, the atmosphere in Germany resembles a Hexenkessel (witch’s cauldron) – boiling hot, fierce and magical! Yes, the Germans have a word for everything! Here are 11 chosen terms and sayings you can scream as you cheer for die Deutsche Elf (the German 11).

This is a classic quote from Josef ‘Sepp’ Herberger, famed German football player and manager, that every German football fan knows. In fact, you can even find it printed on T-shirts in football season. Translating to ‘the round thing must go into the square thing’, the quote breaks down the game of football to the very basics to explain how simple it really is! English former footballer and present sports broadcaster, Gary Lineker simplifies it even further in his famous quote: ‘Football is a simple game; 22 men chase a ball for 90 minutes and at the end, the Germans win’. 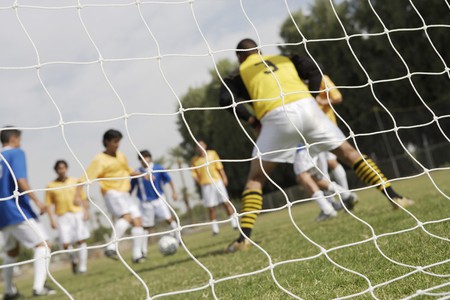 Schwalbe, translating to ‘swallow’ (the bird), is a derogatory term referring to a fake dive made by a player with the aim of scoring a penalty kick. Players who resort to frequent or dramatic false dives are joked to be Schwalbenkönig (king of swallows).

Schiri is the short form of Schiedsrichter, the referee. The term is shouted with passion every time the referee confirms a goal or doles out punishment. The word is hollered out especially loudly if a particular decision of the referee is believed to be unfair. 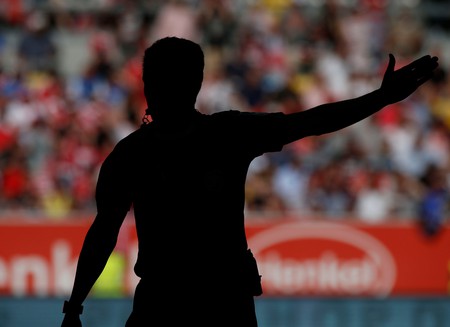 Fallrückzieher refers to a skillful bicycle kick or a scissors kick, wherein a player falls backward and kicks the ball backwards above his head while his body is suspended mid-air. A masterful move like this always draws deafening cheers from the crowds. 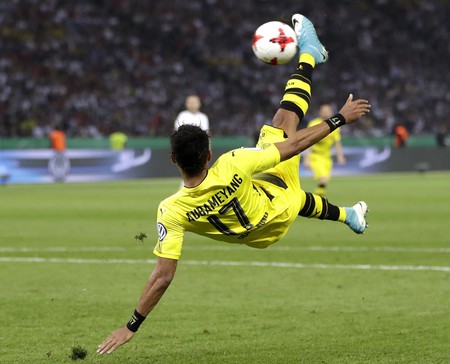 It translates to the unintelligible ‘After the game is before the game’. What the saying actually means is that the end of one game is the time to start looking forward to and preparing for the next game. 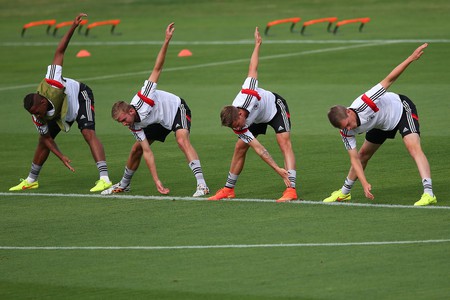 While a ball is just a ball in English, Germans have a long list of affectionate names for it, including egg, pock, leather and cherry. Often, an under-performing player’s attempts are met with a scornful Hau die Kirsche rein, du Pfeife! from the stands. It translates to ‘Kick the cherry in, you whistle!’ 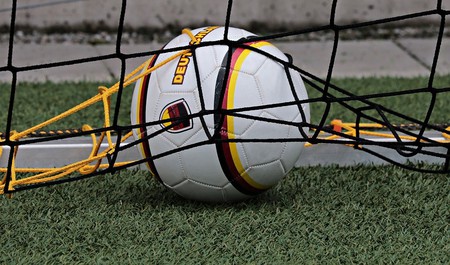 Spielerfrauen (translating to ‘women of players’) refers to the wives or significant others of football players, who are usually present among the spectators. While the term has often been criticised for being offensive and reducing women to tag-alongs, it is probably less cringe-worthy than the equivalent English term, WAGs.

Funnily enough, the term Auflaufkinder literally translates to ‘casserole children’. It actually refers to the children who escort the football players into the stadium. As most German kids grow up in football-loving families, being an Auflaufkind is often the ultimate dream and honour. 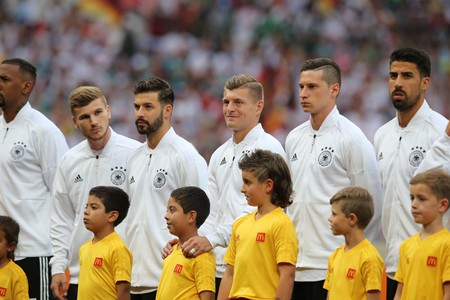 Often, after Germany has scored one or more goals, you will find the team supporters chanting ‘Deutschland vor, noch ein Tor’ with frenzy. It translates to ‘Germany ahead, one more goal!’ The word ‘Deutschland’ is also often replaced by the name of a particular player to motivate him into stepping up his game. 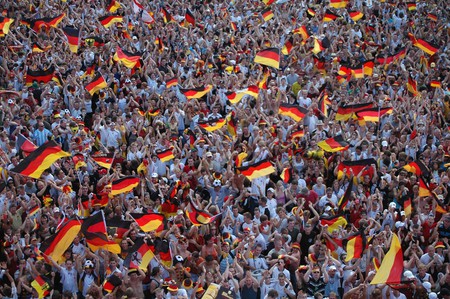 A Finte is a dummied pass. When a footballer deliberately tricks his opponent into believing that he is going to pass or shoot, but actually intends to sneak past the defender with the ball, he is said to pull a Finte.

Notbremse translates to ’emergency brakes’. When a footballer commits a deliberate foul to stop a goal by the opposing team, the action is referred to as Notbremse.