10 Things You Didn't Know About the Saarland, Germany 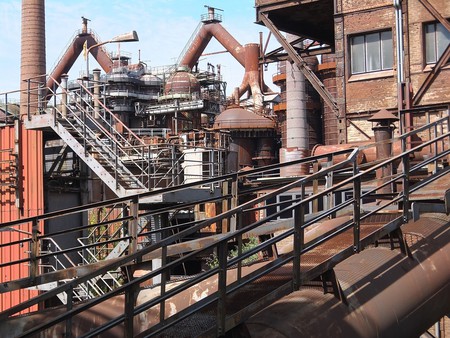 Germany’s smallest state often goes unnoticed when people map out their itinerary through the country. We took a look at what the Saarland is all about and stumbled across a few things that surprised us. So here’s a list of ten things you probably didn’t know about Germany’s Saarland state.

With the cities of Bremen, Hamburg and Berlin set aside; the Saarland is Germany’s smallest state. At only 2,570 square kilometres, it’s 1.5 times the size of Greater London but could fit 27 times into the area which Bavaria, Germany’s largest state, occupies.

Saar wine is not Saar wine

You would assume the so-called ‘Saar wine’ is all cultivated in the Saarland, but that is not necessarily the case. Most of it is being produced in Rhineland-Palatinate next door, and the name stems merely from the fact that the vines grow along the Saar river. Winemakers in the Saarland grow their grapes along the Upper Moselle near Perl. 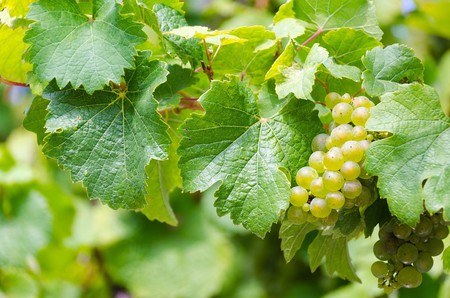 Given its location in the western tri-border region of Germany, it’s not much of a surprise that the Saarland is a melting pot of cultures. Locals embrace their Francophile identity – like their French neighbours, they love good food and socialising, they top the German charts of champagne consumption per capita, and French is a mandatory subject for all school kids.

Saarland locals are not only serious about wine but are also passionate about food. The small state boasts seven Michelin-starred restaurants which create to-die-for gourmet dishes. Regional specialities are hearty dishes topped with a bit of French finesse – Gefilde is potato dumplings filled with liver sausages and topped with fresh herbs and a light sauce with bacon chunks, and pork cutlets preferably grilled over an open fire and often marinated with herbs and juniper berries beforehand. Meals are washed down with either a glass of white wine, Viez (apple cider) or a cold beer from the Karlsberg Brewery. 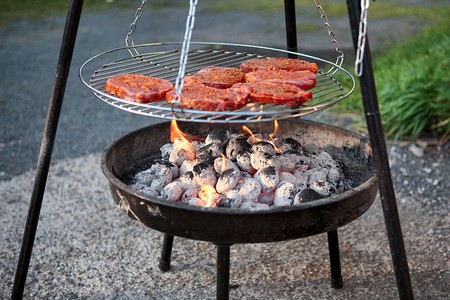 The Saarland as we know it today is not that old. The region became part of the German Reich on March 1, 1935, and after the end of the Second World War fell into the French occupation zone. While it gained autonomy in 1947, the state remained under the influence of the French with the French franc still being the official currency. The Saarland even had their own national football team and competed in the 1947 Summer Olympics in Helsinki.

It has a UNESCO site

A trip to the Saarland means you can tick off another UNESCO World Heritage Site off the list. The Völklingen Ironworks is situated only 15 kilometres outside of the state’s capital Saarbrücken. Equipped with a helmet, visitors can explore dystopian complex of bland concrete and rusty metal, walk into the dark corridors of the production site and climb one of the furnaces for views of the vast labyrinth of pipes, beams and smelters.

It takes 20 days to see everything

…if you walk. The 400-kilometre-long Saarland circuit hiking trail is split into 20 stages which are fantastic one-day hikes in themselves. Along the way, you pass beautiful landscapes ranging from dense forests and vast meadows to river valleys. The dreamy villages and cities along the way give you an opportunity to have a break over culinary specialities and a glass of Riesling and several historical sites, and excavation grounds tell you more about the regional history.

It has picture-perfect views

Just around the corner from the then inconspicuous village of Mettlach, the Saar river winds its way through the dense forest. The Baumwipfelpfad Saarschleife treetop walk soars 42 metres into the sky and ends in a large observation deck which grants views of the dramatic river loop below. On the way up information panels tell you all about the landscape before you set your eyes on the idyllic landscape from up top, which is the most photographed scene in the entire Saarland. 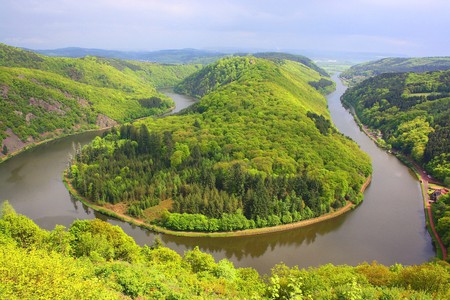 Life in the tiny village Leidingen, 13 kilometres west of Saarlouis, is somewhat peculiar – the German-French border cuts right through it. The vast majority of the 220 inhabitants live in Germany and a couple of dozen in France. Even though the border is not visible and you can hop back and forth between the two countries as often as you like, different laws, rules and regulation apply to the people on each side. There are two postmen, two official languages, two churches and if locals want to call their neighbour on the other side of the road, they have to dial the country code and pay the international fee for their phone call.

It’s the home of Villeroy and Boch

If you’re venturing out to the Saar loop, make a stop at the bastion in Mettlach. The historic building houses the headquarter of world-renowned ceramics manufacturer Villeroy and Boch. Founded by a father and his three sons in 1748, the company is still a family business 260 years later and produces everything from tableware to sanitary ceramics. The on-site museum documents the company’s history and displays past collections. The highlight is the 1892 dairy shop which is decorated from floor to ceiling in more than 15,000 hand-painted tiles. 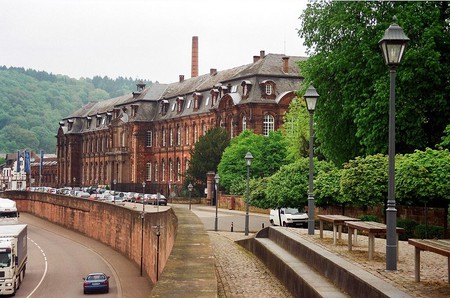