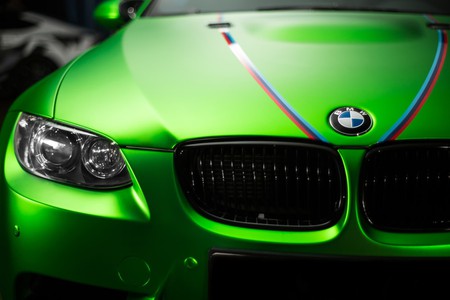 There’s no question that Germany is paradise for car lovers. All the major manufacturers – VW, Porsche, BMW and Mercedes and Audi have museums and other exhibitions for car nerds to enjoy. BMW Welt is part of the massive BMW complex in the northern part of Munich. There’s the production plant, the museum, BMW Welt and BMW Classic. Here’s what you need to know about BMW Welt before you visit.

BMW Welt and the BMW Museum are not the same thing

As you can see from this aerial photo of the BMW campus, BMW Welt in the bottom left corner and the BMW Museum in the middle right side are separated by a large road. Admission to BMW Welt is free. Tickets to the Museum cost €10 per person or €24 per family. 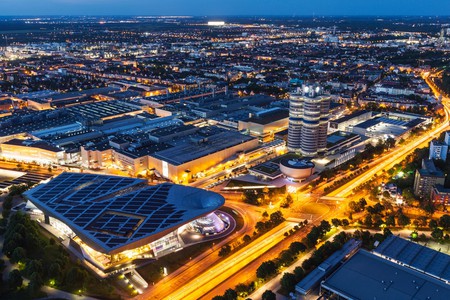 It’s handy for the old Olympic village in Munich

Visiting BMW Welt, the Museum and the old Olympic village in one day is a sensible thing to plan for. Both sites are in the north of the city and are accessed using the same Olympiastadion U-bahn station. The aquarium, Sea Life München, is also nearby.

BMW does nothing to hide the fact that the entire point of their lavish building is to show off cars. Customers can choose to collect their new BMW fresh off the line at BMW Welt if they wish. The rest of us can take a look at, touch and sit in all BMW’s production models. 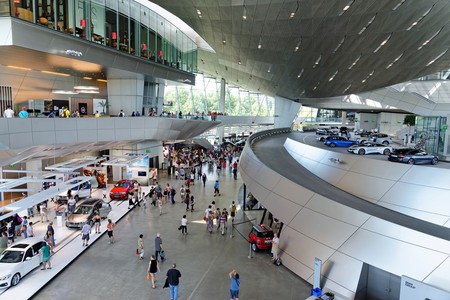 Cooler than you think. Or is it?

The name BMW has a different cachet in North America – it’s foreign, it’s luxurious – if you can afford one, you have arrived. In Germany, things work a bit differently. BMWs, along with Audi and Mercedes are very common company cars intended for salesmen and middle managers. The higher the workers rank, the bigger their car.

The Double Cone is an architectural wonder

Actually, the whole building is. Designed by the Austrian firm Coop Himmelb(l)au, the building manages to support a 16,000 square meters roof with only 11 columns. Inside, corridors are hung from the ceiling to keep the space open. The front corner of the BMW Welt building is supported by a stunning glass and steel double cone. 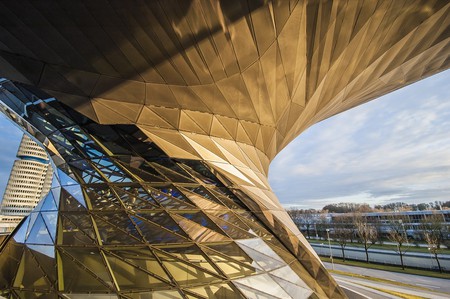 You can hire part of BMW Welt for a private function

Having a family celebration, a big meeting or even a new product launch? The Auditorium and Foyer, Double Cone, Business Centre and Business Club are all available for hire with full catering, a rotating stage and insane provision for all your audio-visual needs.

You can see the past. And the future.

Inside BMW Welt you can see models of all current BMW production models, including Rolls Royce and Mini as well as some older models. While the inventory isn’t as comprehensive as you would find in the BMW Museum, there’s still plenty for a car nerd to get excited about. Also on display are BMW’s concept cars. Gull wing doors are so 1987. 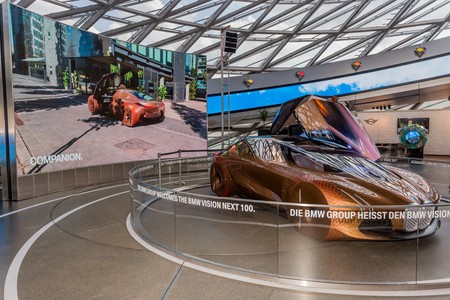 It’s 2018, of course there is. Guided tours are available for BMW Welt, the Museum and Production Plant, but if they are all booked up, or you prefer to go it alone, the app will give you supplemental information on your phone or tablet based on where you are in the building.

You can rent any car by the hour

If you’ve always wanted to drive a BMW, but don’t quite have the cash required, you can rent any BMW production model for an hour, an afternoon or a day and take it for a spin. An M6 or an i8 can be yours for as little as 75€ per hour. Even better, choose a lesson and learn straight from a driving professional how to fly out of those corners. 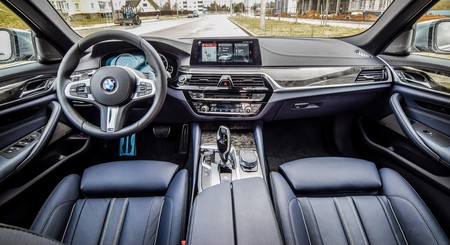 Inside a BMW | ©Shutterstock

There are snacks. And two full restaurants

Good to know if you’re doing the aquarium or Olympic park at the same time – there are plenty of places to eat at BMW Welt. There are small, casual restaurants serving snacks perfect for children and also two full-service restaurants more suitable for adults or business meetings.