10 Top Things To Do And See in Hamburg

Second only to Berlin, the green city on the water hosts one of the biggest harbours in Europe. On visiting Hamburg it will immediately become clear why it is called the ‘Venice of the North’. Filled with waterways and canals, it is a true gem with hundreds of things to do and see, but here are our top picks in this stunning city. 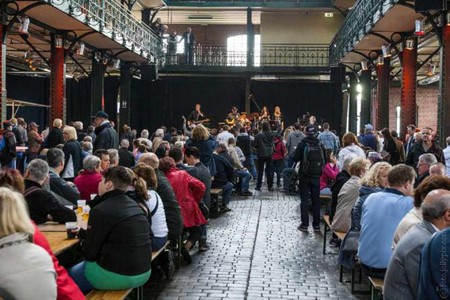 Start your day at the Fischmarkt

The legendary morning fish market attracts millions of visitors and locals alike. Be sure to go there nice and early at around 5am or 7am during winter to be the first to check out the fresh seafood, fruit baskets, flowers, clothes and teas at the open air-market, or eat a fish sandwich accompanied by a breathtaking sunrise over the Elbe river. To top off your visit, head to the Fischauktionshalle, meet some fellow night owls, and drink and dance on the tables to live music. It will probably become the best part of your stay.

Get some retail therapy at Jungfernstieg

Right in front of the Inner Alster Lake you will find Hamburg’s popular shopping street. Named after an old tradition, ‘Jungfernstieg’ is the ideal place for a stroll. After shopping at the numerous exquisite shops and art galleries around, a coffee break with a view over the Alster, or even a boat trip will provide you with the perfect respite. 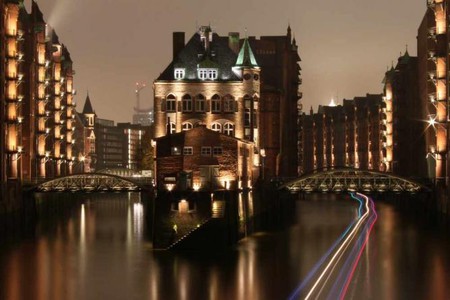 The largest contiguous complex of warehouses worldwide is located right in the port of Hamburg and has been listed as an UNESCO heritage site. Built on oak logs, the impressive red-brick buildings make up a unique district you simply can’t miss. Cross the narrow canals in a small barge to admire the architecture and return at nightfall when the area gets illuminated for a fairy-tale atmosphere.

Stop by the Miniatur Wunderland

While in Speicherstadt, you may come across the largest model railway system in the world. Whether you are a model railway enthusiast or not, Miniatur Wunderland will definitely impress you. Featuring more than 15,000 sq ft of detailed replicas, it gives you the opportunity to witness computer-controlled, realistic railway operations with sections devoted to countries such as Austria and Switzerland, as well as Hamburg itself. Book your ticket in advance and watch hundreds of thousands of LED lights illuminating this little world of wonders.

Hamburg’s symbolic heart, this impressive neo-Renaissance sandstone building dominated the centre of the city. Built at the end of the 19th century, the town hall is now home to the city’s senate and parliament. Book the 40-minute tour for a sense of the old city’s wealth before heading to the Rathausmarkt to attend one of the regular festivals and events.

Take a guided tour of the Elbphilharmonie

A concert hall under construction in the HafenCity quarter is the new reason of civic pride. Right on the top of an old red-brick former cocoa warehouse named Kaispeicher A, Hamburg has gained a new cultural and urban landmark and its tallest inhabited building. Elbphilharmonie is a glass structure hosting stages for the local and international music scene, as well as a hotel, a restaurant, lots of residential flats and a plaza where you can enjoy a panoramic view of the city. Take the chance to observe the construction progress on a tour you will remember.

With an incomparable botanic variety and various cultural buildings, Hagenbeck invites you to discover almost 200 different animal species including Siberian tigers, walruses, penguins and seals. Learn exciting new things about the world of animals, feed a elephant or a giraffe yourself, ride a pony and come nose-to-nose with a polar bear in one of Europe’s most beautiful parks.

As you pass through the inner city, it seems to follow you everywhere. St. Michaelis church, also known as ‘the Michel’, is a remarkable Baroque church. Spend some time at the central nave, which contains three organs, and head to the tower for an incredible view of the whole city. In case you still have some energy left, descend into the hidden burial vaults in the basement to complete your religious adventure.

Entertain yourself at Reeperbahn

The main hub of Hamburg’s nightlife and the city’s red-light district, Reeperbahn is also known as the most sinful mile. Lined with music and theatre venues, restaurants, bars, strip clubs, sex shops and brothels, it is also a hotspot for rock music and is the place where The Beatles and other popular bands used to play. Visit the area when it gets dark, choose your source of entertainment and have fun until the early morning hours.

Thanks to an old elevator, you have the opportunity to descend under the Speicherstadt. Hamburg Dungeon provides you a unique, actor-led, interactive experience reenacting spine-chilling true events. Find your way through the ‘Great Fire’, get accused at court, witness the execution of the world’s most notorious pirate and experience the most torturous chapters in the city’s history.