10 Masterpieces You Can Only See in Munich

10 Masterpieces You Can Only See in Munich

<a href="https://commons.wikimedia.org/wiki/File:Carl_Spitzweg_-_Der_arme_Poet_(Neue_Pinakothek).jpg" target="_blank" rel="noopener noreferrer">The Poor Poet by Carl Spitzweg / Wikimedia Commons</a>
Though the stereotypical Munich tourist is a eBay-lederhosen-clad beer lover, it’s actually a fantastic city for art and culture lovers. With over 80 museums – many of which are just €1 on Sundays – as well as contemporary galleries, you can explore anything from ancient sculpture to cutting-edge contemporary design. Such extensive collections mean there are a range of masterpieces you can only see in Munich. Here are the top 10 to put on your list.

With Honeysuckle Bower, Peter Paul Rubens was announcing his marriage and introducing his wife to the world – the 17th-century equivalent of posting wedding pictures on Facebook. The rich oil painting is a self-portrait of the Flemish master with his first wife, Isabella Brant. Produced in 1609, the opulently dressed newlyweds pose hand-in-hand in front of a honeysuckle bower, which symbolises their love. Head to the Alte Pinakothek to admire this beautiful Baroque masterpiece. 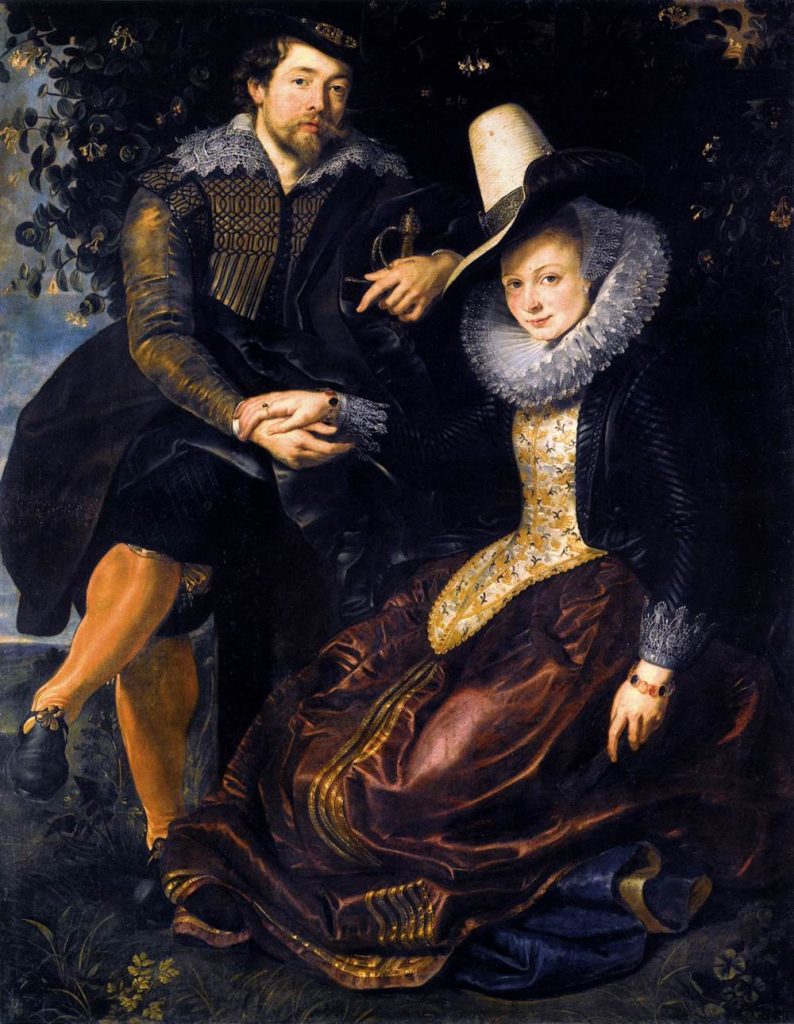 The Beauty – Antike am Königsplatz

Never mind the Chinese Terracotta Warriors, see a terracotta figure from the 3rd-century BC right in the heart of Munich at the State Collection of Antiques. The delicate figure is one of the best-preserved terracotta figures in the world and still has its distinctive colour. Though its provenance isn’t certain, statues like this were usually found by graves in ancient Greece, but historians still aren’t sure what purpose they served or what they may have symbolised.

This beautiful riverside view was painted by Van Gogh as part of his Flowering Orchards series, create while living in the south of France in the spring of 1889. The gnarled yet colourful trees in the foreground give way to a view across the canal with the historical town of Arles in the background – it’s even possible to spot some of the town’s famous buildings such as Saint Trophime and the College of St Charles. Find this masterpiece on the walls of the Neue Pinakothek. 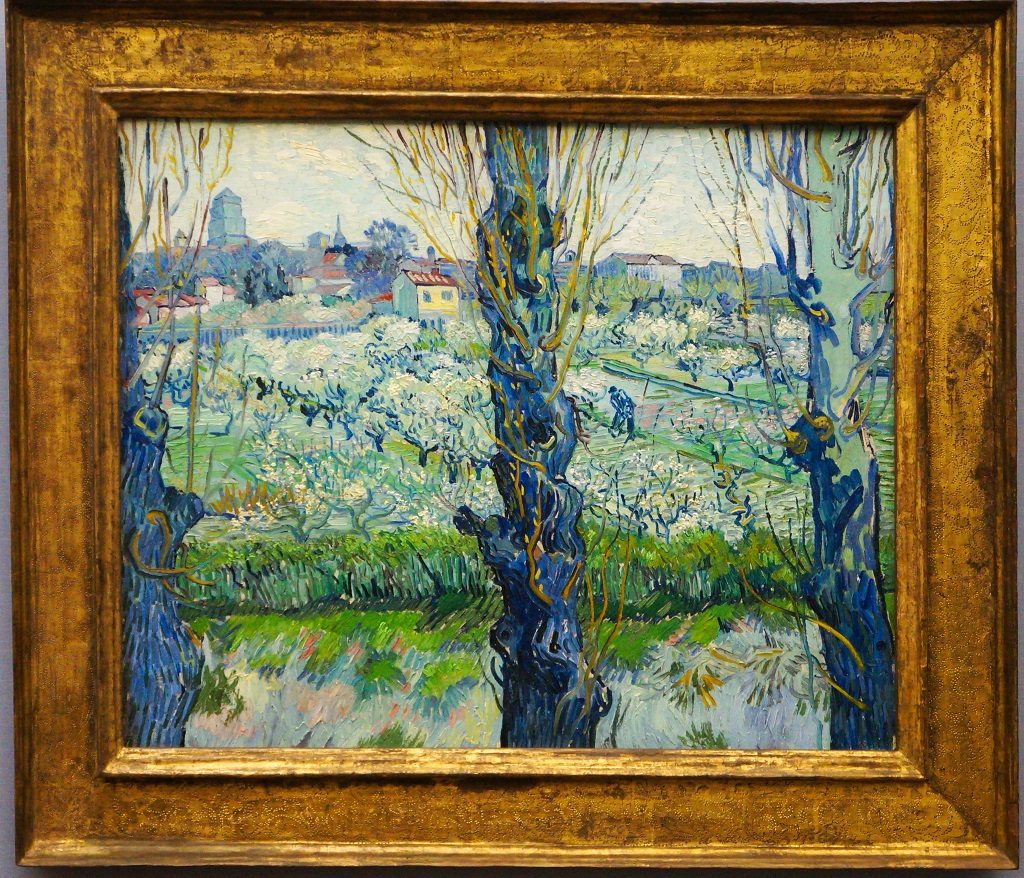 This striking expressionist painting features four blue horses, with bold brush strokes and strong lines with an almost mechanical quality are set against an abstract background of reds, oranges and yellows. The painting has a chequered history, having first been banned by the Nazis then it was re-adopted and lost at the end of the war. For years after there were sightings of the painting, but it’s never been found. The Pinakothek der Moderne has the artist’s initial study as well as a collection of works by contemporary artists exploring the myth of this painting. 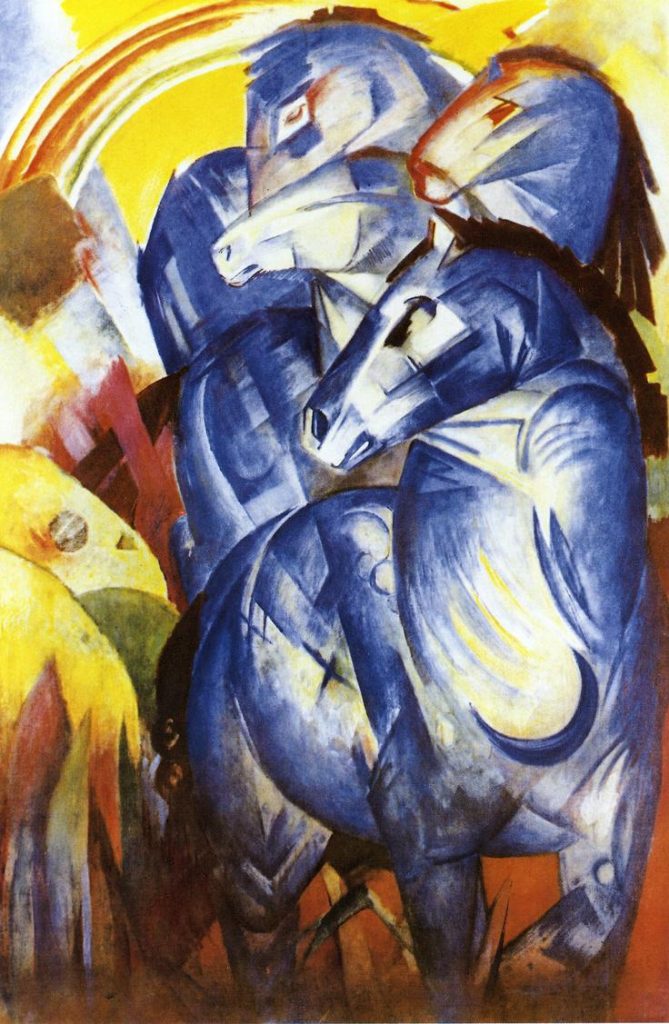 The Tower of Blue Horses by Franz Marc / Wikimedia Commons

A Golden Diadem from the Black Sea – Antike am Königsplatz

Few works in gold have survived from antiquity, but this diadem displayed at the State Collection of Antiques is an exception. Elaborately decorated, it was made on the Crimean Peninsula in around 150 BC. The front of the headdress is decorated with beautifully tasselled pendants, with a distinctive Hercules knot in the centre that looks almost like a coiled snake, and the top has two sea dragons on either side of the goddess Nike. Incredibly intricate, each part was designed and constructed separately before it being assembled.

The Guardian of Paradise by Franz Stuck – Museum Villa Stuck

Museum
The Guardian of Paradise by Franz Stuck | Wikimedia Commons
If every artist has a breakthrough moment that brings them to the public’s attention, The Guardian of Paradise was it for German painter Franz Stuck. Standing at 2.5 metres (8.2 feet) tall, it was his first large-scale oil painting. The subject is a man-like angel with soaring wings and a flaming sword, yet it’s the delicate background that makes this painting, and the otherworldly creature appears to almost glow. The painting took home the gold medal at the Glaspalast’s 1889 exhibition it and won Stuck 6,000 Marks and national recognition.
More Info
Open In Google Maps
60 Prinzregentenstraße, Au-Haidhausen München, Bayern, 81675, Germany
+49894555510
Visit website

Museum
Damien Hirst, known for his controversial exhibits, has a masterpiece at the Brandhorst that tame compared to an animal carcass suspended in formaldehyde – Waste: two large metal cabinets with glass walls full of medical waste. Behind the simplicity, Hirst revisits one of his prevailing themes, the capabilities and limitations of modern medicine. It’s kept company by two other works with a similar theme: Looking Forward to a Complete Suppression of Pain, and E.M.I.
More Info
Open In Google Maps
35a Theresienstraße, Maxvorstadt München, Bayern, 80333, Germany
+4989238052286
Visit website

It’s not too often that the world of art and science collide, but Carl Spitzweg was one of those few polymaths that bridged the gap. As well as being a talented painter, he also had a day job as a pharmacist. This 1839 oil painting was a tongue-in-cheek reminder to other artists not to take themselves so seriously; the suffering poet at the centre of the picture warms himself by a fire, a parody of the cliché that artists must suffer for their work. You’ll find it at the Neue Pinakothek. 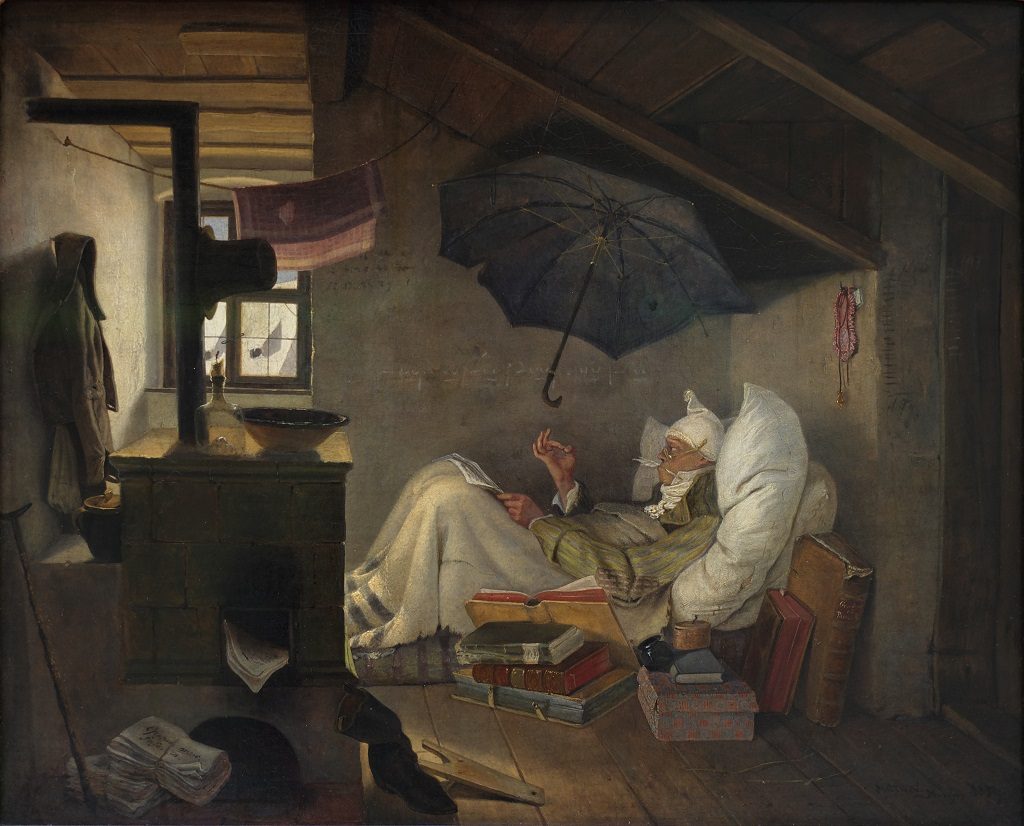 Villa by the Sea by Arnold Böcklin – Schackgallerie

There’s a strong contrast between the title of this piece and what’s on the canvas. You might expect to see a cheerful seaside scene, but Swiss symbolist painter Arnold Böcklin turns that on its head; the dark canvas shows an overgrown house and a lonely, mysterious figure on the beach. The bending trees in the background and crackle of orange across the dark sky give the painting a stormy feel that draws in viewers at the Schackgallerie. 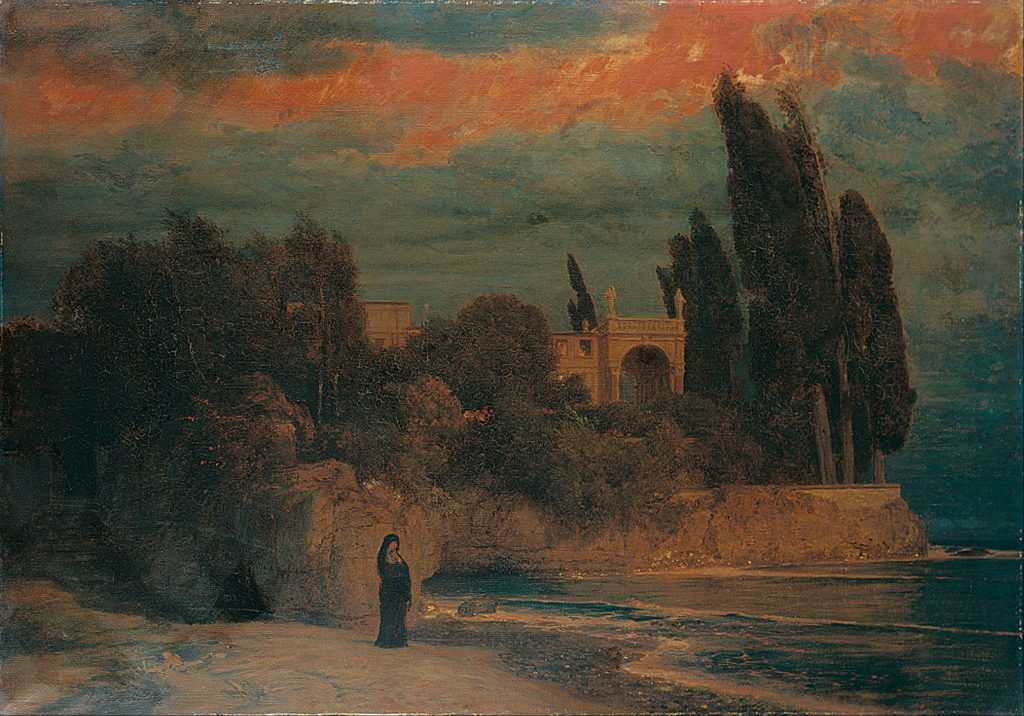 Villa by the Sea by Arnold Böcklin / Wikimedia Commons