10 German Basketball Players Who Made It To The NBA 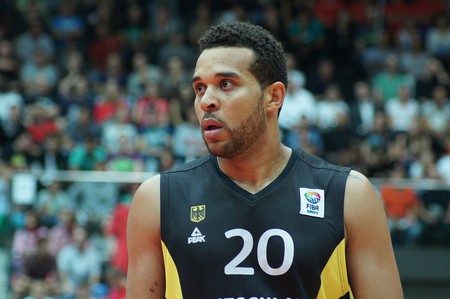 Believe it or not, basketball is all the rage in Germany and increasingly throughout Europe. Still, for those players with exceptional talent, the NBA in the United States remains the most prestigious league. While many around the world dream of getting drafted, these ten German players made it happen.

Born in 1994, Paul Zipser’s presence in the NBA isn’t unique solely for his nationality. A German hailing from Heidelberg, he began his professional career in 2010 at just 16 years old. He played in the under-16 and under-18 divisions of the German Bundesliga, participating in multiple prominent league championships and tournaments, including the FIBA Europe and the Albert Schweitzer Tournament. He was recognized as a Basketball Bundesliga All-Star and the Best German Young Player in the league. After playing for Bayern Munich, he was selected as the 48th draft pick in the NBA, and became a shooting guard for the Chicago Bulls in the summer of 2016.

Dennis Schröder was born in Braunschweig, Germany. At only 1.85m (6’1”), he has played point guard for the Atlanta Hawks since 2013. His basketball career also began in 2010 when he started out playing locally for the teams Phantoms Braunschweig and SG Braunschweig. His career experienced a breakthrough during his second year in the German league, with his average points per game more than doubling from 7.8 to 17.8 during the 2011-2012 season. He was chosen as the 17th NBA draft pick for the Atlanta Hawks in June 2013. One of his career highlights has been his 22-point contribution to the Hawks’ close win against the Mavericks in 2014. 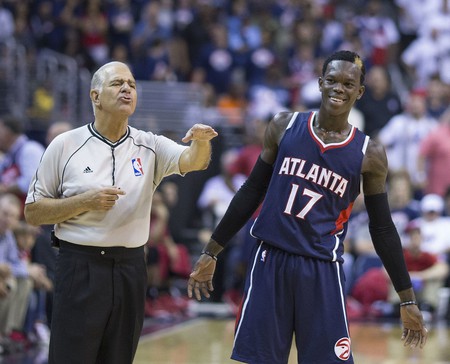 Speaking of the Mavericks, they also have their share of German influence. Würzburg-born Dirk Nowitzki previously played for the DJK Würzburg Club, and before that, the Röntgen Gymnasium. In 1998, he was selected as the 9th draft pick of the Milwaukee Bucks. He was traded to the Mavericks shortly after, and has been on the team for the past 18 years. Nowitzki stands at 2.13m (7 ft.) tall, and is still going strong as a power forward at age 38. Thanks largely to his towering height and imposing stature, Nowitzki is considered one of the best power forwards in the history of the game. 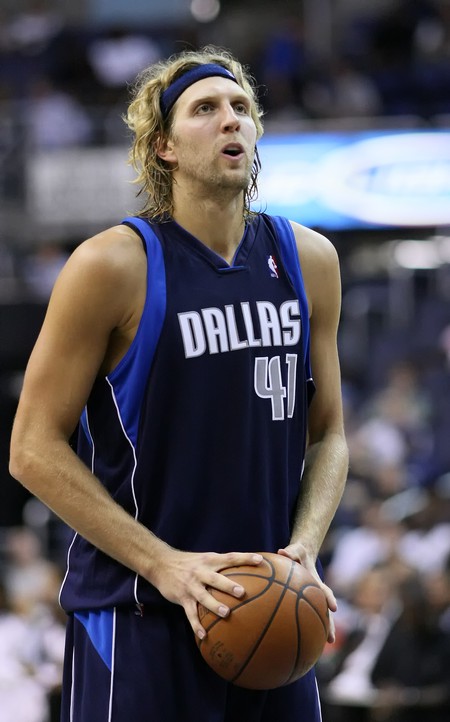 Naturally, the NBA is filled with some immensely tall athletes, and Chris Kaman is another one that can boast the height of 2.13m (7 ft.). While Kaman was actually born in Michigan, he has dual citizenship in Germany. He played for the German national basketball team during the 2008 German Olympics. In the position of center, Kaman has played for multiple NBA teams including the LA Clippers, the New Orleans Hornets, the LA Lakers, and the Portland Trailblazers. He was initially selected as the 6th pick overall in the 2003 NBA draft. 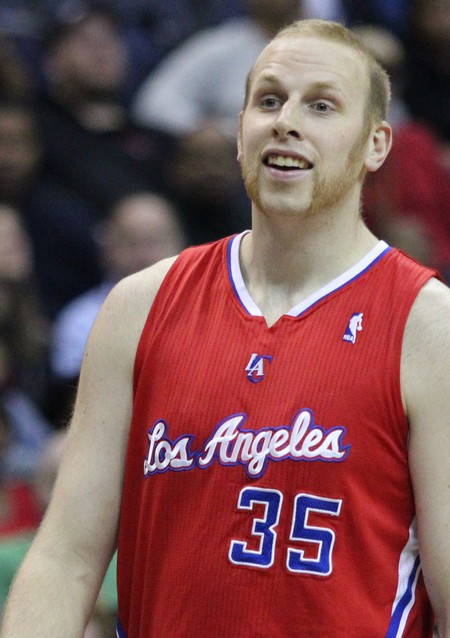 Elias Harris is another German-American basketball player, though unlike Kaman he was born in Germany. After playing in high school and college where he achieved notoriety and success as a forward, he nonetheless went undrafted in 2013, and joined the LA Lakers’ summer league. He played for the team in various capacities before ultimately being waived later that year. In 2014, Harris also played in the summer league for the Phoenix Suns. Since then, the 27-year-old has been playing for Brose Baskets in Bramberg, Germany.

Born in Munich in 1962, Uwe Blab was a former basketball player for the Mavericks. He also rose to prominence in high school and college He was selected in 1985, and played in the league for five years as a center. Dwarfing even Dirk Nowitzki and Chris Kaman, Blab is 2.16m (7’1”) tall. Despite his astonishing height, which lent itself to his having been chosen as the 17th overall draft pick of that year, Blab didn’t have particular success in the NBA. Following his time in the NBA, he played for a number of other professional teams including the Basket Napoli and ALBA Berlin.

Shawn Bradley is a 44-year-old retired basketball player who was born in Landstuhl, Germany. He was chosen during the 1993 NBA draft as the 2nd overall pick of that year. He played center for the Philadelphia 76ers, the New Jersey Nets, and the Dallas Mavericks, where he remained until 2005. At 2.29m (7’6”), he is one of the tallest players ever in NBA history. He played alongside Dirk Nowitzki on the German national basketball team as well. While he can trace his origins to Germany, he spent much of us young life in Utah, where he acquired the nickname, the ‘enormous Mormon.’

Perhaps some reading this only know the name Detlef Schrempf from the frequent references he received in Parks and Recreation, but basketball aficionados know him for his 16-year NBA career, where he played forward for the Mavericks, the Indian Pacers, the Seattle SuperSonics, and the Portland Trailblazers. He also coached the Seattle SuperSonics for the years of 2005-2007. He also played for Germany in the Summer Olympics and in the European Basketball Championship. Schrempf is also known for his charitable side. He founded the Detlef Schrempf Foundation in 1996 and earned the Paul Allen Award for Citizenship in 2012. 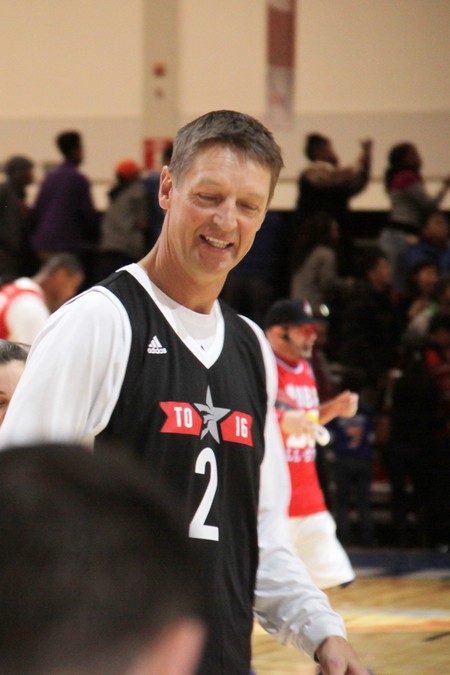 Chris Welp, who passed away in early 2015, was a German player who was drafted in 1987 by the Philadelphia 76ers. Afterwards, he played for the San Antonio Spurs and abroad for Bayer Leverkusen as well as other teams in the EuroLeague. He initially rose to prominence in his basketball career when he joined the Washington Huskies college team and became one of its top scorers. Following his time playing professionally, he served as coach for the German international team until 2006 when he retired and lived a quiet life with his family in Seattle.

We’d like to conclude our list with a first. Born in 1921, Frido Frey was the first German to play for the American NBA. He was the captain of his basketball team in his hometown of Utrecht (when Utrecht was still part of Germany), and he was described as ‘one of the best high school basketball players in the city’ by Art Modell. He subsequently played at Long Island University, and then in the United States Coast Guard during World War II. Following the war he began a professional career with the New York Knicks, where he played for one season. Frey passed away in the year 2000.