10 Art Masterpieces You Can Only See in Berlin

<a href="https://www.flickr.com/photos/spirosk/7297407092/" target="_blank" rel="noopener noreferrer">In Berlin's Gemäldegallerie (Picture Gallery) | © SpirosK Photography / Flickr</a>
Many of Berlin’s museums still remain at the forefront of the world’s cultural collections. Today, a rainbow spectrum of art and artifacts through the ages can be found in the historical City of Berlin. Here is Culture Trip’s list of outstanding artworks, which you can only truly appreciate if you happen to be visiting the German capital.

The Head of Christ by Rembrandt

Museum
Head of Christ | Rembrandt / Wikimedia Commons
The Head of Christ was painted in 1648 by renowned Dutch artist, Rembrandt, during the baroque period. This portrait, based on a Jewish model, is a turning point in the artist’s work and can be seen hanging in the Gemäldegalerie (Picture Gallery) in Berlin. As a matter of fact, the Gemäldegallerie has one of the greatest art collections in the world, and many of the masterpieces included on our list can be found there. Discover The Head of Christ,as well as 16 other works by Rembrandt at Berlin’s Picture Gallery.
More Info
Open In Google Maps
Berlin, Germany
View menu
Visit website
Visit Facebook page
Send an Email
Give us feedback

2. Woman with a Pearl Necklace by Johannes Vermeer

This relic of 17th century Northern Europe is the work of Johannes Vermeer. Painted using oils on canvas, the artist portrays a young Dutch woman, of upper class descent, dressing herself with the iconic pearl necklace from which the painting draws its name. Vermeer is considered one of the greatest artists of the Dutch Golden Age, with his intimate depictions of women in domestic scenes. Woman with a Pearl Necklace is also housed at the Gemäldegalerie. 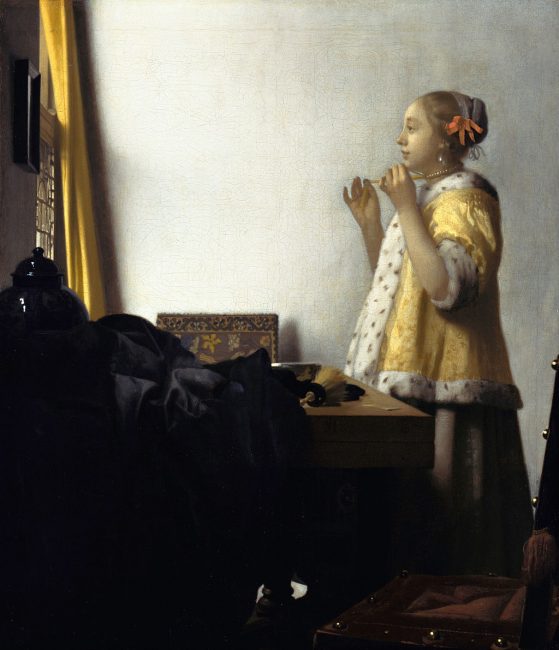 3. Portrait of a Young Girl by Petrus Christus

Dutch painter, Christus painted Portrait of a Young Girl, a work widely celebrated as one of the most beautiful portraits to come out of the Northern Renaissance – sometime between 1465 and 1470. The small oil-on-oak panel is one of many European masterpieces that can be admired at the Gemäldegalerie. 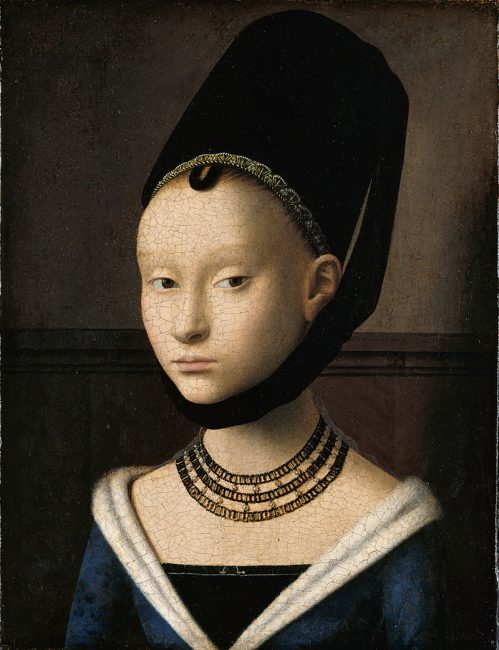 Woman with a Dead Child by Käthe Kollwitz

Memorial
Woman with a Dead Child | Käthe Kollwitz / Wikimedia Commons
This heartbreaking depiction of pain comes from Käthe Kollwitz, Germany’s most celebrated female artist. Kollwitz’s work revolves around the struggles of the working class in her poverty-stricken neighbourhood of Prenzlauer Berg. This was around the time of the First World War – the same neighbourhood that has since evolved into one of Berlin’s trendiest and most upmarket locations. This drawing of a mother holding her dead son (and a sculpture on the same subject) now sits in the Neue Wache, a memorial in Central Berlin to remember the many lives lost in the war.
More Info
Open In Google Maps
Berlin, Germany
View menu
Visit website
Visit Facebook page
Send an Email
Give us feedback

The Monk by the Sea by Caspar David Friedrich

According to art historians, this gorgeous oil dreamscape – the work of German Romantic artist Caspar David Friedrich, dates all the way back to 1808–1810. It was painted while the artist himself was living in Dresden. Today, the oil painting can be viewed at the Alte Nationalgalerie (Old National Gallery).

Museum, Art Gallery
Nefertiti Bust in Neues Museum | Thutmose / Wikimedia Commons
The crowning feature from the Neues Museum’s grand art collection of ancient artifacts is by far the Bust of Nefertiti, the Egyptian Queen from 1300 BC. This iconic sculpture was first discovered by a German archaeological team led by Ludwig Borchardt in 1912, and is believed to have been crafted by the sculptor, Thutmose in 1345 BC. Over the years, the sculpture’s ownership has been the subject of controversy between Egypt and Germany over Egypt’s demands for its repatriation.
More Info
Open In Google Maps
Matthäikirchplatz, Mitte Berlin, Berlin, 10785, Germany
+4930266424242
View menu
Visit website
Visit Facebook page
Send an Email
Give us feedback

Ernst Ludwig Kirchner is one of the most famous artists of the expressionist movement, which has roots as far back as pre-WWI Germany. This particular painting shows two prostitutes in Potsdamer Platz in 1914, Berlin. Scenes like this were the focus of Kirchner’s work, and he painted a very different picture of life in Berlin from the mainstream view of the time. Potsdamer Platz forms part of Berlin’s Neue Nationalgalerie collection, and can be admired at the Hamburger Bahnhof while the Neue Galley is under construction. 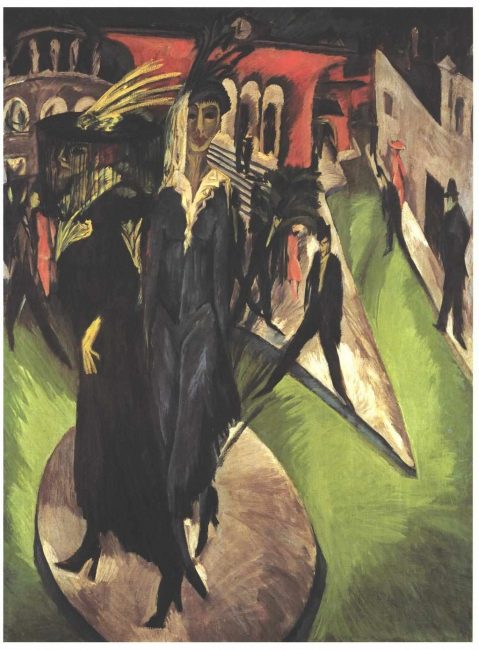 Museum
Eisenwalzwerk | Adolph von Menzel / Wikimedia Commons
Das Eisenwalzwerk, which translates to Iron Rolling Mill, was painted by Adolph von Menzel in 1875. Though Menzel was famed for painting historical battle scenes and military processions, this work depicts the industrial revolution that hit Germany with full force in the late 19th century. You can see it in Berlin’s Alte Nationalgalerie, along with many other traditional works by Menzel.
More Info
Open In Google Maps
Berlin, Germany
View menu
Visit website
Visit Facebook page
Send an Email
Give us feedback

This painting by Italian realist, Caravaggio shows a grinning cupid wearing dark eagle wings. Cupid was a popular subject at the time, but Caravaggio’s interpretation stands out for not adhering to an idealised image of a beautiful boy. The painting is yet another masterpiece on display at the Gemäldegalerie. 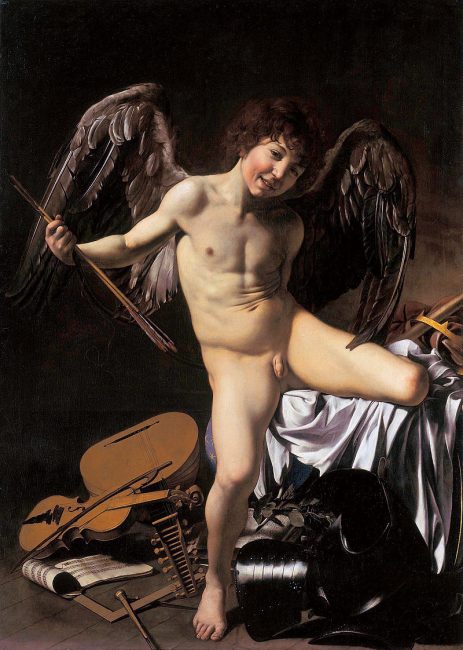