Why Is Georgia Also Called Sakartvelo? 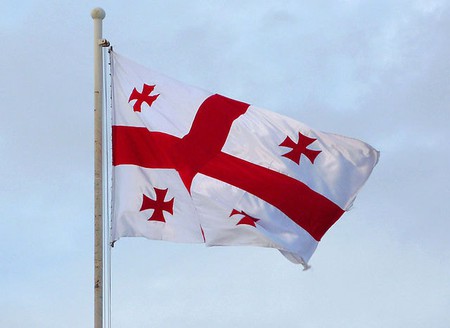 Georgia is the Western name of a country in the Caucasus. However, locals call it Sakartvelo. The name comes from the core Georgian region of Kartli, also known as Iberia in Byzantine and Classical sources. It’s believed that the Russian name Gruzya and the Western name came from the Persian designation for the area, “gurğān,” meaning the “land of the wolves.” However, there is more than one theory as to how the country came to be called Georgia. Read on to learn more.

The origin of the name Sakartvelo

Sakartvelo consists of two parts: its root, Kartvel-i, which formerly represents a resident of the central region of Kartli, and its Georgian prefix/suffix combination “sa-o” that stands for a general geographic identification meaning “the area where … live.” By the early ninth century, the definition of “Kartli” had been extended to other regions of the country that shared similar cultures, religions, and languages.

The earliest mention of Sakartvelo occurs in the Georgian chronicle written approximately in the eighth century. During the next 200 years, this name was used to encompass all of the Georgian kingdom after Bagrat III unified Kartli and Abkhazia in 1008. However, the term became fully official in the early thirteenth century.

Unfortunately, there was a political catastrophe during the fifteenth century, and the Sakartvelo kingdom fell apart. It formed three separate kingdoms: Kakheti, Kartli and Imereti. It also formed five states: Megrelia, Svaneti, Samtskhe-Saatabago, Guria, and Abkhazia. Even though Georgia was politically divided among opposing kingdoms and states, there always was a hope of unification. 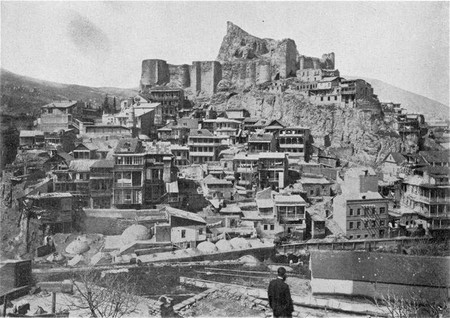 From the fifteenth to the nineteenth century, the land was ruled by Iranians, Ottomans, and Russians. On May 26, 1918, the region was reunited as the Democratic Republic of Georgia. But the union would only last for four years. In 1921, Georgia became part of the Soviet Socialist Republic until the collapse of the USSR. In 1991, Georgia regained its independence.

The constitution of 1995 declared the official name of the nation as Sakartvelo, with the name Georgia as its English equivalent.

The native name in other Kartvelian languages is different though. For example, in Megrelian, Georgia is called Sakurtuo. In Laz it’s called Okurtura. The Svan language uses Sakartvelo and Abkhazian has the same root in their language (Қырҭтәыла).

The origin of the name Georgia

The name Georgia is presumably derived from the Persian name for Georgians, gurğ, ğurğ. It reached Western European reformers and pilgrims in the Holy Land, who distributed the name as Georgia (also Giorginia or Jorgania), and described its source by the popularity of St. George among the Georgians.

Another theory is that the name is semantically connected to a Greek word meaning “the tiller of the land.” Authors of this theory referred to the term used to describe agricultural tribes, Georgi, by those who wished to differentiate them from rural neighbors in Panticapaeum (or Taurica), on the other side of the river. Today Panticapaeum is the city of Kerch in Crimea.

According to other modern scholars, “Georgia” could have been borrowed from Arabic (ĵurĵan/ĵurzan) or Syriac (gurz-ān/gurz-iyān) in the eleventh or twelfth centuries. Both of these versions could have originated from the New Persian “gurğ/gurğān,” which means “land of the wolves.” In ancient chronicles, gurğ described a beast with the head of a wolf that was said to be the enemy of the Persians.

The origin of the name Gruziya

The Russian name for Georgia is Gruziya (Грузия [‘gruzʲɪjə]), believed to come from Persian origin. This name first appeared as gurzi in Ignatiy Smolnyanin’s travel documents dating back to 1389. Later, the name grew popular among Slavic regions and across the Russian Empire.

With the request of the Georgian government, Israel, Lithuania, Japan, and South Korea changed their exonyms for the country to “Georgia.” Lithuania plans to call Georgia by its native name, Sakartvelo, in 2018.