When Is the Best Time of Year to Visit Tbilisi? 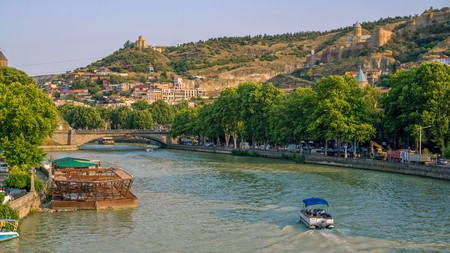 Summer is hot in Tbilisi, so remember to keep hydrated as you stroll alongside the Kura River | © Olena Korol / Alamy

Tbilisi enjoys pleasant weather throughout the year. Spring in the capital of Georgia is short and warm, sunny days turn into hot summer months by late April. Summers are quite hot and humid, while autumn and winter are reasonably mild – it rarely snows in the capital. We’ve run through the best months to visit Tbilisi.

You can now visit Tbilisi and a whole host of other fantastic destinations with Culture Trip on our epic nine-day Georgia adventure, led by our local insider.

Winter months in Tbilisi are laid-back, especially during January when the nation celebrates New Year for at least two weeks. Georgians follow the Orthodox Calendar, so New Year is a much bigger deal than Christmas. They celebrate Christmas on 7 January and the Orthodox New Year on 14 January. If you’d like to experience how locals celebrate this holiday, the first weeks of the month are a perfect time for your visit. Moreover, there’s a religious procession every year on 7 January called Alilo, in which people walk from Rose Revolution Square to the Holy Trinity Cathedral. 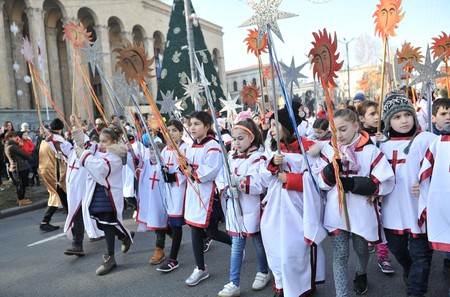 February is equally laid-back. The weather is similar to January: a bit cold during the day, even if the sun is shining. There are no special holidays or celebrations in this month and locals start to count down the days to spring. However, you can still have a pleasant walk in the city centre, exploring the backstreets, visiting museums and indulging in tasty Georgian cuisine.

Locals have dubbed March the ‘crazy’ month, as the weather changes numerous times per day. Even though this is the month that ushers in spring, the weather can still be wintery: it can be gloomy in the morning and sunny in the afternoon, or it can rain suddenly on a warm sunny day. Come prepared with an umbrella or raincoat. Nature starts to flourish from the second half of the month, making Tbilisi a perfect backdrop for your Instagram. 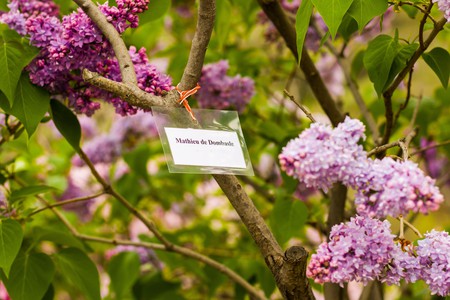 In April, the weather is warm and it becomes pleasant to walk around the city and take day trips from Tbilisi. The first few days may still be chilly, but as the weeks go by, the weather gets warmer and you’ll notice more people sitting in the parks and recreational areas. Georgian Easter typically falls in April, depending on the Orthodox calendar. Georgians also mark 9 April, the day of the 1989 tragedy when an anti-Soviet demonstration was dispersed by the Soviet Army, resulting in 21 deaths and hundreds of injuries – it’s now a public holiday known as the Day of National Unity. The Parliament of Georgia was the epicentre of the event, so you’ll see many bouquets laying around this area.

Locals love May, when the weather is warm enough to wear light clothes but not as hot as summer. There are also several public holidays and events throughout the month. On 9 May, the country celebrates Victory Over Fascism, so you’ll see veterans in their uniforms in Vake Park and lots of bouquets on monuments throughout the city. On 26 May is Independence Day. The central roads are closed for cars to allow for a military procession and speeches by the President and government representatives. There’s also a fair on Rustaveli Avenue where the different ministries have their stands and showcase their achievements to the public.

Additionally, the city hosts the New Wine Festival in the first weeks of the month, where you can try wines from late-harvest grapes made either by traditional or European methods. For book lovers, Tbilisi hosts an international book fair where local publishers and bookstores exhibit their products with promotional prices. Documentary film lovers will appreciate a CinéDOC-Tbilisi film festival, which brings some of the most influential movies to the capital. 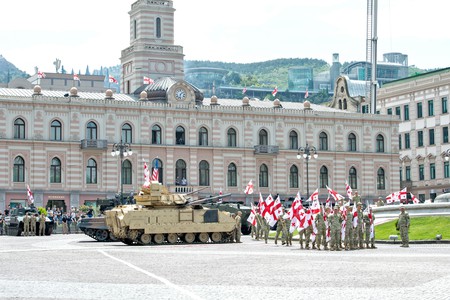 June is a great month for those who don’t like the sweltering summer heat. Locals love spending days outdoors, either at the terrace cafes, parks or at the festivals. In June, Tbilisi Open Air hosts music festivals in the outskirts of Tbilisi, bringing together local and international artists of rock and electronic music. Moreover, you’ll see many locals at Lisi and Turtle Lakes, appreciating their spare time with family and loved ones.

The temperature slowly gets higher from the month of July, and many locals take a vacation to either a Black Sea coast or abroad. However, those who stay in the city try to escape the heat at the neighbouring Lisi and Turtle Lakes. Additionally, the city hosts a traditional folk festival called Art Gene at the Ethnographic Museum of Tbilisi, where local bands and dance ensembles host concerts. Do remember, however, there is no air conditioning in the public transport or many of the museums, so stay hydrated. 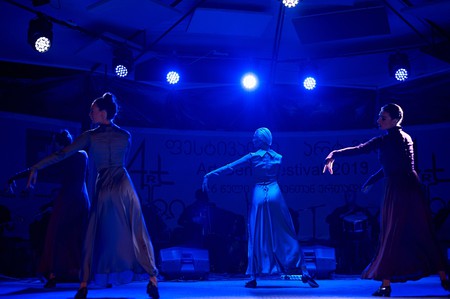 Usually, August is quite hot in Tbilisi and many can’t take the heat. If you are one of these people, it’s better to stay in Tbilisi for only a couple of days before moving on to either the lowlands or mountain regions of the country. The city tends to be a bit deserted for at least half of the month as many vacation to Batumi or other parts of the country. Those who stay try to escape the hot summer evenings at open-air bars or parks.

Autumn in Tbilisi is beautiful, with falling leaves and colourful nature. The weather still stays warm, so it’s still pleasant to wander around the city. It’s in September the city celebrates Tbilisoba, the day of Tbilisi. The exact date of the foundation of Tbilisi is unknown, and the celebration might change date from year to year. Previously it was held on the last weekend of October when the grape harvest was over. But the festivities have been moved to the sunny days of September instead.

The end of the month also brings Tbilisi International Festival of Theatre that continues through to the beginning of October. The festival includes international and local theatre companies, masterclasses, exhibitions and workshops. 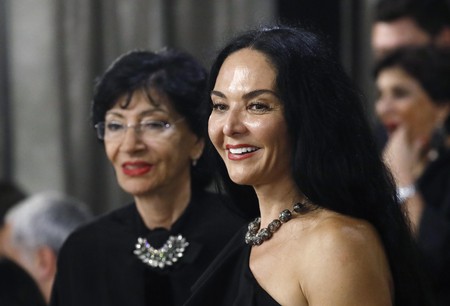 The weather from October usually starts to get chillier. However, it’s still mild enough to explore the city – just bring a jacket and umbrella with you. The outdoor activities might be limited due to the weather, but there are plenty of things you can do. On 14 October, Georgia celebrates Svetitskhovloba, so make sure to visit Mtskheta and attend the celebration there. You can also enjoy plays in the theatre, listen to live music in various bars, visit museums, attend Kolga Photo Festival or try all sorts of local wines in the wine bars.

November can get quite cold and wet, limiting the things you can see and do. It’s not the best time to visit Tbilisi compared to other months of the year; however, the prices for accommodation and flights do drop rapidly and you might get a great deal. Fortunately, there are some events you can still enjoy despite the weather. For instance, Tbilisi Jazz Festival brings internationally acclaimed jazz artists to the city and is one of the most beloved local events. Meanwhile, photography lovers can visit Tbilisi Photo Festival and see the works of Asian, European and Middle Eastern photographers. 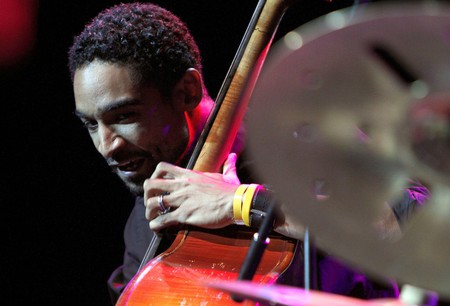 December is one of the most boring months in Tbilisi, as there are not many cultural events happening in the city. The weather is a bit too cold for walking around and it rarely snows. When the nearby mountains are snow-covered, many winter sports-loving locals flock to the closest ski resort, Gudauri. Towards the end of the month, everything gets hectic in preparation for the New Year.