Top 10 Unrecognised Countries and How to Visit Them 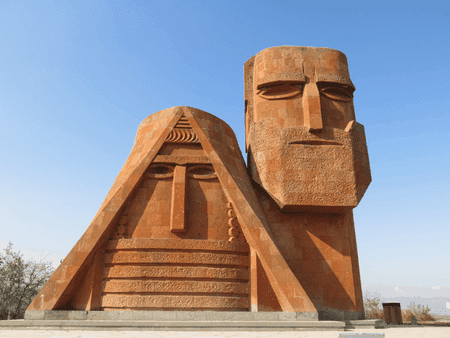 Defining a country is often a debated situation in many parts of the world and there are still some unclaimed lands out there. In 2011, South Sudan became the world’s newest recognised country, while Gibraltar and Kosovo joined FIFA recently and attempted to qualify for the World Cup.

Where borders are undefined, and land disputed, some parts of the planet remain unrecognised yet life goes on in these places, often peacefully and with their own cultures remaining intact. If you want to break out of the normal travel regions and into the obscure, these are 10 unrecognised countries that you can check out, with the full lowdown on how to visit them.

One of the most famous and notorious unrecognised countries is Transnistria, whose official name is actually Pridnestrovian Moldavian Republic. It’s a thin narrow strip of land nestled in between Ukraine and Moldova. The country has its own borders, passports, flag, currency and independence day but is not recognised by Moldova. The capital city is Tiraspol which has no shortage of Lenin statues and reminders of the Soviet regime. The country is often referred to as “the last remnants of the USSR”.

How to get there – There are daily buses and trains from Chișinău, Moldova and from Odessa, Ukraine. Visa-wise, you are only permitted to stay for 24 hours in Transnistria (it’s free), though this can be extended once you are in the country. 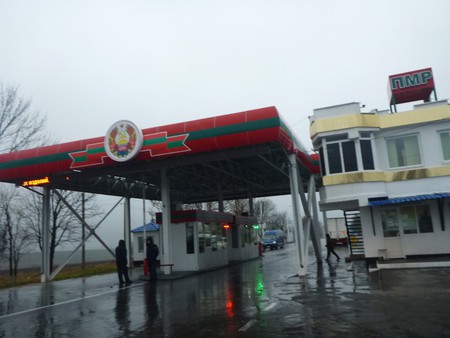 The Republic of Artsakh

The aftermath of the horrific Karabakh War in 1994 left the United Nations with a problem. How do you define a group of Armenian Christian people living in land that is inside the border of Azerbaijan and therefore claimed by Azerbaijan? Unfortunately there has been no concrete answer to the problem and so this place remains as it was – known to many as “Nagorno Karabakh”, the country’s official name is the Republic of Artsakh. You need to enter through a strip of land between Armenia and Azerbaijan. There is no airport or separate currency here (they use Armenian drams) but quite a few interesting sights including age-old monasteries, the ruined city of Agdam and the museums of Stepanakert, the capital city.

How to get there – As there is no functioning airport, you must enter by land through Armenia. There are daily minibuses and car shares from most towns near the border, most notably from Goris. You must have a visa for Artsakh, you can get it in advance in Yerevan or by calling into the Ministry of Foreign Affairs in Stepanakert once you arrive. 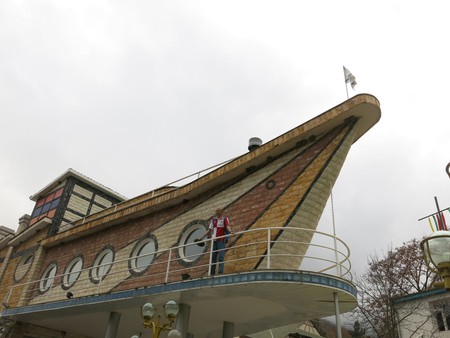 Western Sahara is a large disputed territory in the Maghreb region of North-West Africa. It has its own flag and claimed borders and is jointly controlled by the self-proclaimed Sahrawi Arab Democratic Republic and Morocco. It also has borders with Algeria and Mauritania and is part of the Sahara Desert. The country’s population is estimated at just over 500,000, of which a significant chunk live in El Aaiún, the largest city in Western Sahara. Western Sahara has been on the United Nations list of non-self-governing territories since 1963 after a request by Morocco, at one point the region was also owned by the Kingdom of Spain.

How to get there – Getting into Western Sahara has some limits. There is no legal border crossing to Mauritania into the SADR-controlled part. The Algeria border is also closed. So the best option is the land crossing from Morocco, which is generally OK and therefore no extra visa is needed. There are also flights direct to El Aaiún. 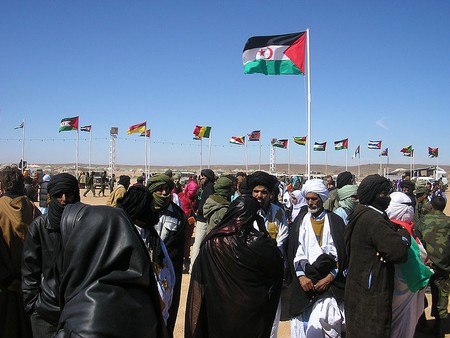 The Republic of Užupis

One of the most quirky and odd self-declared republics, The Republic of Užupis was formed in 1997 by residents of an artistic neighbourhood in the city of Vilnius, Lithuania’s capital. The country welcomes tourists, you can even get your passport stamped in the post office or art gallery, you can pick up the local currency (the Uza) and sample Uzupian beer. The country has its own flag, currency, president, cabinet of ministers, a quirky constitution, an anthem, a national monument, an army and a national day, which is April 1.

How to get there – you simply cross the bridge past the border sign (pictured below) in Central Vilnius and you are there. No passport or visa is needed. 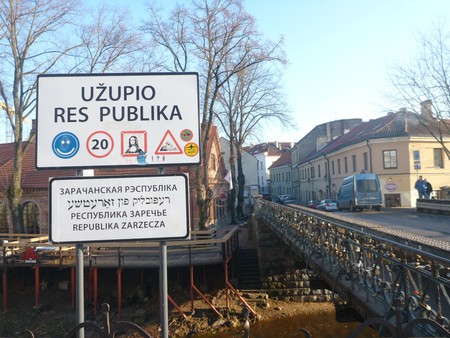 Entrance bridge to the Republic of Užupis | © Don’t Stop Living

Abkhazia is one of two unrecognised countries that sits in the land under what the United Nations class as Georgia. Abkhazia can be entered from both the Georgia side and the Russia side, but you must go back out the same way you went in. The capital is Sokhumi and the country has its own currency and language, as well as accepting Russian rubles and understanding Russian and Georgian. The population is around 250,00 and as of 2017, it is recognised only by Russia, Nauru, Nicaragua and Venezuela.

How to get there – Coming from Russia, a minibus or car share from Sochi is the best option. Coming from Georgia, the same applies but from either Kutaisi or a nearby town. There are also long distance trains from Moscow. You should try to have a visa organised in advance from the Abkhazia Ministry of Foreign Affairs which can be done by email. Tourists are not advised to inform the Georgian Embassy of your intention to visit Abkhazia. 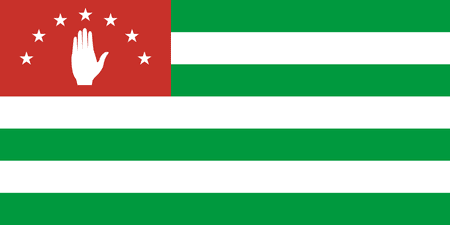 South Ossetia is the other disputed territory within what the UN term as part of Georgia. However, with South Ossetia you must enter from the Russia side and have organised your trip in advance. It has a population of just over 50,000 and the capital city is Tskhinvali. South Ossetia declared independence from Georgia way back in 1991, but this was rejected by Georgia who refused to grant them autonomy and there was a war from 1991 – 1992. Since then there have been further conflicts in the region and it remains disputed to this day.

How to get there – Entry to South Ossetia is from the Russia side only. Those requiring a visa for Russia should note they will need it to be a double entry if planning to visit South Ossetia. Buses run from Vladikavkaz to Tskhinvali daily. If you are not a Russia citizen, in order to travel to South Ossetia you must receive permission from the Foreign Ministry of South Ossetia, this can also be done by email but the border entry can have some problems and delays. 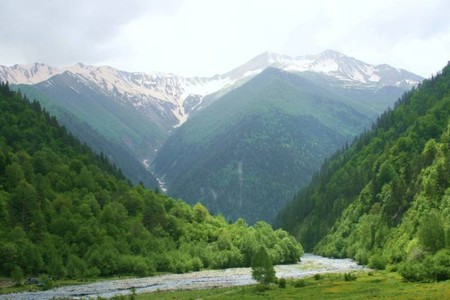 The island of Cyprus is somewhat of a debated one, and realistically has two completely separate parts – the Northern Turkish part and the larger Republic of Cyprus part. The border straddles the divided city of Nicosia, which is the capital of Cyprus with North Nicosia being the capital of Northern Cyprus. This division became a militarised border after Turkey invaded the island in 1974. The Turkish part uses the Turkish Lira and Turkish language.

How to get there – There are numerous land border crossings from Cyprus, the most obvious being in Nicosia. There are security checks and people are required to show their ID card or passport on both sides of the crossing, but in some parts this is not strictly enforced. If you arrive directly into Northern Cyprus without coming from the main Cyprus side (by boat or air), you may face more stringent checks. 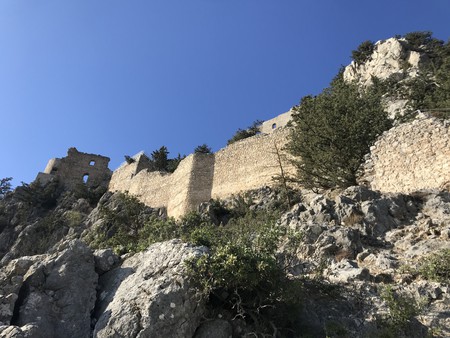 French Guyana is an enigma in itself as officially the name of the country is France and its capital city is Paris. Yet somehow, it borders Brazil and Suriname. It’s also a member of the European Union and uses the Euro currency yet geographically it’s in South America. Confused? You should be. Basically French Guyana is a mere colony of France but it doesn’t want to be a separate country or declare independence, which means you can cross an actual border from Brazil into France. One of the country’s key sights is the French Space Base, which is actually the main South American centre where rockets are launched into space. The official flag is the French flag and the official language is France, though somehow it really feels like it’s another world from mainland France.

How to get there – You can fly direct from Paris (one of the longest domestic flights in the world), or cross by boat easily from either Brazil (at Oiapoque) or Suriname (at Albina). An EU passport or right to be in the EU is enough to gain access. 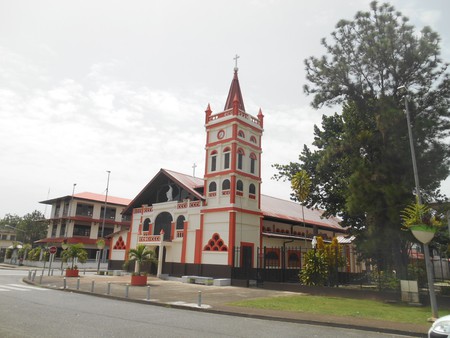 The Sovereign Military Order of Malta

One of the most unusual “countries” in the world is the Sovereign Military Order of Malta, which is not to be confused with the Republic of Malta. This is an ancient order which has its own flag, stamps, currency and is even recognised by over 100 UN countries. The problem is, they have no official land. So apart from a base in Rome (which is rented) and the residencies of the Knights of the Order, there is not much physical geographical proof the country exists. However, they have a 99-year lease on a fort in Malta, so you can actually organise a private tour of Fort St. Angelo and get the lowdown on what the Sovereign Military Order of Malta really is.

How to get there – As it doesn’t have any official land, this can be confusing, but just head to Fort St. Angelo on the island of Malta and you can arrange a private tour of the Upper Fort and therefore residence quarters of one of the Knights of the Sovereign Military Order of Malta. 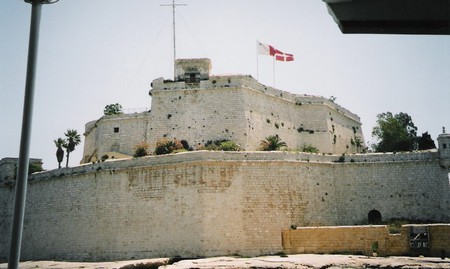 Last but by no means least on the list is Sealand. A pioneer in the Micronations world and a peculiar country in that it is man-made rather than natural. The country is based on a platform in the North Sea, just 12 kilometres off the coast of England. The country has its own coins, banknotes, Prince, flag, passports and national football team! There have also been music videos filmed on Sealand and despite it being just a platform, in 2015 it hosted a half-marathon on a treadmill which gave more publicity to the country which is still unrecognised.

How to get there – Officially you could go by boat or helicopter to where Sealand is, but be aware the local residents will not permit any landings or visits without prior consent. Often tourist visits are declined. You can however become a Lord of Sealand by purchasing such a title on their website and email the Prince hoping he invites you in for a coffee. 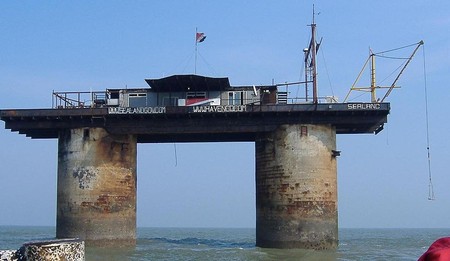