The Meanings Behind the Chokha, Georgia's Traditional National Dress 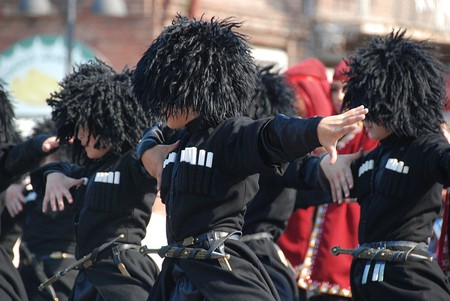 Georgia’s national costumes play a significant role in its history and culture. The development of those costumes underwent a long period and what Georgians have today is a modernized version of the old. Chokha is a coat made out of wool with high neck, and is a traditional male dress worn by the people of the Caucasus.

Look back at the history

The information about the Georgian national costumes is limited. The costume is characterized by individual epochs, countries and social layers. Fabric, hairstyle, beard style, the template of the dress and the accessories used to adorn the clothes all defined the economic condition and terms of living of a person wearing it. 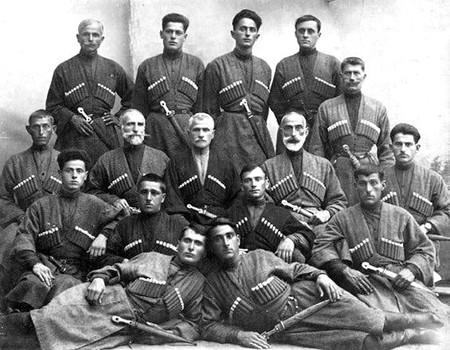 Despite the ethnographic diversity of the country, Chokha has three different varieties: mountain, eastern-Georgian and western-Georgian. Each of those dresses has its nuances that are linked to the forms of ancient Georgian attire.

The people paid special attention to the selection of the textile and the decoration of the final product. The culture of those costumes implies not only the high-quality textile and the ability to craft it, but also the way of wearing it.

For the Georgian man, the primary cloth was Chokha together with proper shoes, a hat made out of the sheepskin, silver-string belt, and scabbard sward. It was widely used since the 9th-century until the 1920s. Today, people still wear it as a symbol of national pride in celebrations and festivals.

The name and types of Chokha

Originally, the garment was called talavari in Georgian and the name chokha was introduced from Persian, meaning the “outfit made from fabric”.

The chokha is made out of thick fabric and flares out at the bottom. Some parts of the Caucasus also have chokhas for females. Chokha has three different types: the Kartl-Kakheti, the Khevsur, and the general Caucasian chokha.

Khevsureti region of Georgia’s typical chokha is believed to be the closest to the medieval version. Mostly it’s short and has trapezoid shapes. The front has gorgeous decorations and holes on the sides, which continue to the waist. Those decorations on Khevsur chokha are mainly icons and crosses. 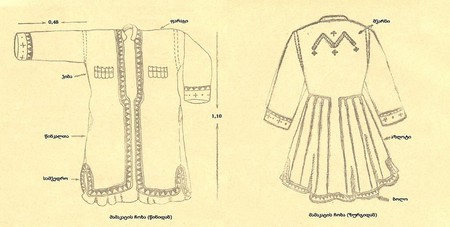 Unlike Khevsur chokha, this one is longer with triangle-like shapes on the chest that expose the inner shirt-like cloth called arkhalukhi. It has bandoliers on both sides of the chest — ‘pockets’ loaded with bullet-like accessories called masri. 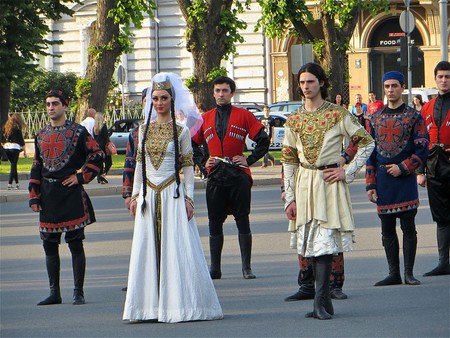 Below the waist, the chockha has slits on the sides and is worn without belt. The long sleeved Kartli-Kakheti chokha can be black, dark red or blue.

Similar to Kartl-Kakheti version, the general Caucasian chokha in most cases has different decorations. It has black leather belts adorned with silver pieces and is usually longer than the Kartl-Kakheti one.

The colors can vary too: there are black, white, blue, grey, red or even brown ones. Azeris wear it for performing their folk music genre called mugham. Traditionally, the color of their chokha determines the age of the person who’s wearing it.