The Top Must-See Attractions in Kutaisi 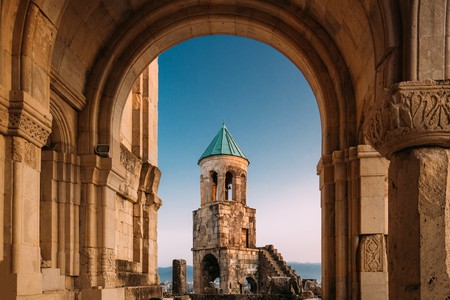 Ancient cathedrals and legendary caves mixed with futuristic architecture: Kutaisi, the capital of the Imereti region, is one place you can’t miss in Georgia. The city, 230km (143mi) from Tbilisi, offers visitors an excellent base for exploring the cultural landmarks and natural features in the area. From dinosaur footprints to historic monasteries and a mythical cave, here’s our pick of the top attractions in Kutaisi.

Interested in exploring more of Georgia with a small group of like-minded travellers? Join our nine-day exclusive TRIPS by Culture Trip for epic experiences like trekking in Lagodekhi National Park and visiting Unesco World Heritage sites in Mtskheta. 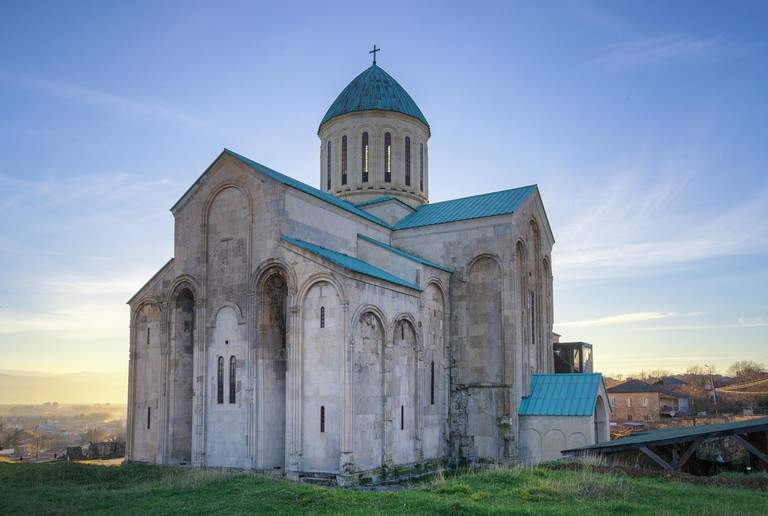 © Timo Christ / Alamy
A Unesco World Heritage Site, Bagrati Cathedral was commissioned by King Bagrat III and originally constructed in the 11th century. It underwent extensive renovations from the 1950s until the project finished in 2012 – today it is one of the top attractions in Kutaisi. Step inside and marvel at the frescoes covering the walls. You’ll find some of the best views over the city from the cathedral hilltop.

Building
Facebook
Email
Twitter
Pinterest
Copy link
Share
Don’t make the mistake of thinking everything in Kutaisi is ancient history – the former Parliament site is a futuristic building, featuring a rounded glass and steel dome. Built in 2012 on the initiative of then-President Mikheil Saakashvili, it housed the Parliament until 2019, when a new government brought parliamentary activities back to Tbilisi. With the legislative action now in Tbilisi, there are no longer tours offered in conjunction with plenary sittings – but it’s still an interesting structure to see. The building is outside the city centre of Kutaisi, so take a bus or taxi to visit.

Right in the city centre, this ornate fountain features models of archaeological artefacts. There are approximately 30 statues of goats and sheep, and it’s crowned with two statues of horse-like figures, meant to represent jewellery found at Vani (an archaeological site near Kutaisi). The fountain’s name honours the ancient kingdom of the Colchis, which existed from the fifth to sixth century BCE – Kutaisi was the capital of this kingdom.

Natural Feature, Park
Facebook
Email
Twitter
Pinterest
Copy link
Share
This nature reserve, 11km (7mi) from Kutaisi and close to the town Tsklatubo, is home to many unique geological formations. Surrounded by scenic Colchic forest, the site has a visitor centre and a glass observation deck with panoramic views. The cave is the main attraction: it’s 900m (2,953ft) long, with dramatic lighting showing off its stalagmites and stalactites. Don’t leave the reserve without seeing the well-preserved dinosaur footprints, which are 120 million years old.

Natural Feature, Museum
Facebook
Email
Twitter
Pinterest
Copy link
Share
Close to Tskaltubo and 22km (14mi) from Kutaisi, Prometheus Cave – also known as Kumistavi Cave – can’t be missed on a trip to Kutaisi. Boasting 22 halls, six of which are open to the public, it’s one of the biggest in the country. There’s more than just stalagmites and stalactites here: you can also see underground lakes, cave pearls and petrified waterfalls. Wander along the walkway, then enjoy a boat ride on the underground river. The name comes from the mythical Greek figure of Prometheus, who was supposedly chained to a mountain in the Caucasus region. 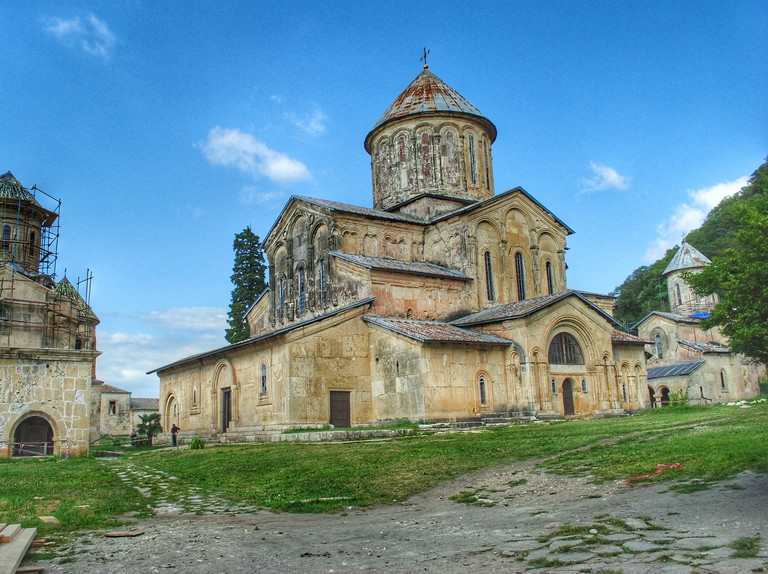 © Baia Dzagnidze
Situated outside of Kutaisi, this medieval monastery is a Unesco World Heritage Site and one of the most important churches in the country. The site was constructed in 1106 on the orders of King David IV, also known as David the Builder – he is buried in the monastery, along with many other Georgian rulers. It was also the coronation site of King Tamar, the only female king in Georgia. But Gelati was founded for more than just religious purposes – it was a centre for education and science, with an academy on site to further Christian culture and learning.

This is an update of an article originally written by Baia Dzagnidze.