‘Dance Like There’s No Tomorrow’: Georgia’s Vibrant Techno Community Is a Force for Change 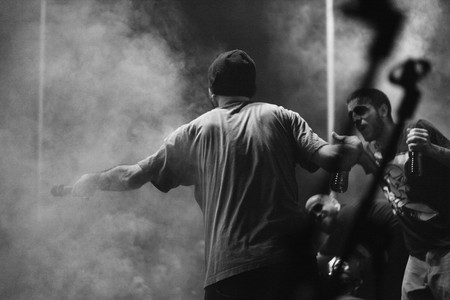 In spite of the regular comparisons, Tbilisi’s much-vaunted dance music scene is more than a nostalgia trip to 1990s Berlin. In the Georgian capital, techno is the soundtrack to social change, and its underground clubs are emblems of tolerance and progressiveness. 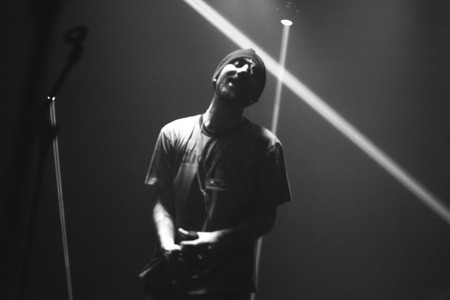 On the balcony at Mtkvarze nightclub, which juts out over the freezing Mtkvari River below, there is a conversation taking place about German record label Giegling’s latest output, industrial action and the falling Georgian lari (the local currency).

“On that balcony, someone will be dancing […], some will be talking, connecting, coming together,” writer, DJ, producer and activist Ash Scholem muses. “The unity on the Mtkvarze balcony is an example of Georgian society, on a micro-level, and of what it’s capable of becoming.” 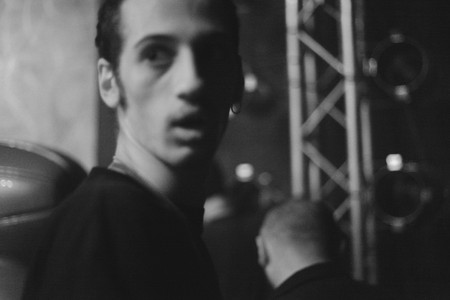 Born and bred in Tbilisi, Scholem has played across Europe alongside members of highly respected European labels – such as Berlin’s Ostgut Ton and London’s Whities – including several early-morning sets in the Panorama Bar at Berghain over the years. In Tbilisi, he runs bookings for Mtkvarze nightclub, based in an old Soviet fish restaurant.

Scholem got his break with Mtkvarze six or seven years ago when he was playing friends’ parties and private events: “A whole mix of different stuff: French house, dubstep, drum and bass. There were always parties in Tbilisi, but then the parties were small, private parties and the music they were playing was generally minimal techno. Not really my scene.”

When a friend’s club was shut down due to noise complaints, Scholem was asked to help out with programming at Mtkvarze. Leaning out over the river, hemmed in by the city, the cliffs and the highway, this old fish restaurant is the perfect location. The balcony is always full, even in the depths of winter.

From the start, Scholem knew the kind of artists he wanted to bring to the city. He wanted to broaden Tbilisi clubbers’ scope, to expose them to music from across the whole dance spectrum. “I grew up listening to British music, from post-punk all the way to Rinse FM. I wanted to branch out from Berlin style, so we booked DJs like Nic Tasker, Shanti Celeste, Call Super, Andy Baumecker,” he explains. “To book our favourite DJs to play at our club in our home city – it was a dream come true!”

The scene in Tbilisi has flourished in recent years – with the clubs full and international bookings every weekend – as Georgia’s star continues to rise as a tourism hub at the heart of the Caucasus. Scholem jokes, “I reckon if Tiësto and Ben Klock were booked to play the same night in Tbilisi, only the latter would be sold out,” a testament to how popular contemporary electronic dance music is in the city but also striking a cautionary note of the subtle tug of commercialisation he sees happening.

Scholem resists the inevitable ‘next Berlin’ hype. “How can you compare the two cities? Berghain gets €2 million (£1.7 million) from the city budget. Bassiani [a key destination on Tbilisi’s techno scene] gets raided by riot police! Sure, the dance scenes share a narrative, but people dance very differently here. Don’t forget that Georgia is still a poor country. People dance here because they don’t know what will happen tomorrow.” 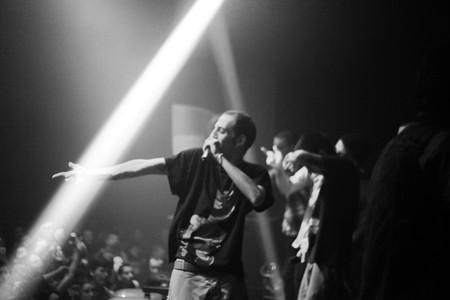 It has been by no means easy for those who drive Tbilisi’s dance scene. In the summer of 2018, multiple coordinated raids by armed police on nightclubs across the city were a reminder that Georgia in large part remains a conservative country. In response to the curtailment of their free expression, Tbilisi’s youth occupied the steps of the nation’s parliament, facing down neo-fascist counter-protesters.

“I was heartbroken,” Scholem recalls. “After the raids in May 2018, the clubs emptied out immediately. The scene had really been changing the conversation in the city about minorities, about the LGBTQ community. Before the clubbing scene took off, gay people endured serious violence, but that had begun to change – tolerance had begun to seep out into society. Clubs are really on the front line; after May, I feared we would never get the same feeling back.”

From that September, the scene began to shake off the events of the spring and move forward. “Clubbing can be a bit boring sometimes you know,” Scholem says half-jokingly. Instead, he sees what happened in Tbilisi as the root of a much deeper creative and political movement. “Clubs are not just places for having fun. They are also spaces of empowerment, and in Georgia, they are the only trusted institutions we have.”

Change is certainly afoot. The White Noise Movement – a political movement centred on drug law reform – has used club spaces by day to host discussions and activist events. Scholem himself teaches youngsters music production and has been involved in the starting up of an educational initiative called Tbilisi Talks, exploring the intersection of music, politics and civic issues. If the creative energy of the club scene can be directed towards a broader political and social expression, it will build something lasting in the city, he feels, drawing a comparison with the UK grime scene’s political, cultural and community-focussed vitality.

Part of that change will require looking further afield, beyond the ‘Tbilisi bubble’, to places like Kutaisi, 250 kilometres (155 miles) west of the capital. Here, clubs such as Reflector offer “the most organic, most honest clubbing experience”, Scholem thinks.

Lasha, a hip-hop producer from Kutaisi, jokes that the explosion of the Georgian techno scene has perhaps been a victim of its own success. “After all these years, more and more people are saying they are fed up with the same music and need something else.” Kutaisi has been the cradle of the nascent Georgian hip-hop scene since the early ’90s when the mafia-owned mansions around the city would host legendary hip-hop raves, providing an unexpected platform for the genre.

In recent years, Lasha describes how this energy has “infected” Tbilisi and the rest of the country, particularly as younger musicians have increasingly begun to produce as well as write and perform. Lasha himself, born to an opera-singer mother and an orchestra musician father, collected hip-hop records obsessively when growing up – Snoop Dogg and Tupac, but also German rapper Nana, plus everything from R&B to jazz, funk and soul.

By 2016, he was putting on hip-hop nights in Tbilisi, performing and DJing alongside musicians such as the legendary American East Coast rapper Jeru the Damaja and Hackney-born artist Funky DL, who has produced for Missy Elliott and the late Japanese titan Nujabes.

Lasha jokes that 10 years ago, listening to rap and hip-hop was “definitely not cool” in Georgia, but that’s starting to change as audiences become more receptive. At the end of September 2019, home-grown hip-hop phenomenon KayaKata rocked Spacehall – Bassiani’s new sister venue – with “rap lyrics over dope beats, all in Georgian”.

Georgia’s dance scene is seeking new spaces to grow into, new modes of expression, new political and social articulation. This place isn’t done yet: “When you have this kind of power in your hands, you can demand the impossible,” says Lasha. 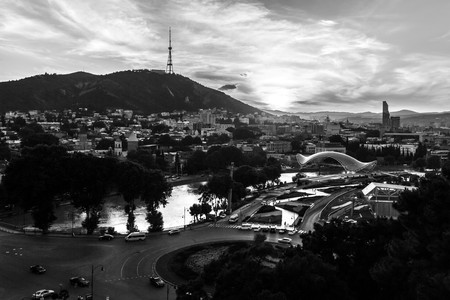