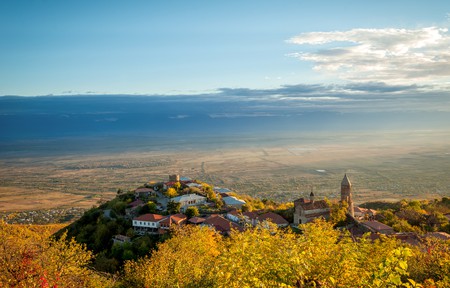 Georgia has a winemaking history that stretches back millennia, and is rapidly becoming a must-visit destination for wine enthusiasts. There’s nowhere better to discover Georgian wine than the eastern region of Kakheti.

Georgia’s wine tradition is the oldest known to date: archaeologists have dated it back 8,000 years. While Tbilisi has a growing wine bar scene that will delight any visiting oenophiles, tack on a few extra days to your trip to Georgia to head out into Kakheti – the country’s largest wine region, where 70% of Georgia’s wine is produced. 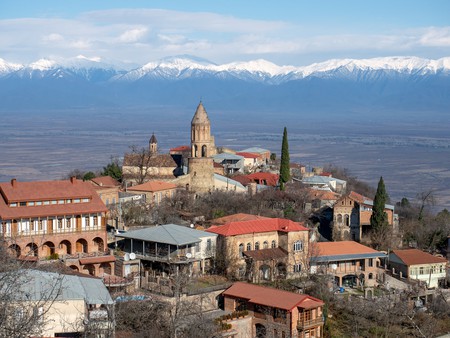 Although some wineries use European styles of production, traditional Georgian winemaking is still going strong, though it doesn’t easily scale up to the levels needed by large wine producers. Much of the production is small-scale; even families make their own wine. With Culture Trip, you can see first-hand how the wine is made at a wine workshop as part of our specially curated small-group Georgia adventure.

“While sustainable agriculture is just now finding a voice in the food world and raw wine festivals, Georgia has been making wine this way for thousands of years,” says Maria Bastach, wine director of Washington DC’s Compass Rose and Maydan restaurants, which have plenty of space on their highly regarded wine lists for Georgian bottles. She’s been traveling to Georgia since 2014 to learn about and taste the country’s wines.

Georgian winemakers tend to ferment crushed grapes, complete with skins and seeds, in large earthenware vessels called qvevri, which are placed underground and left to age. 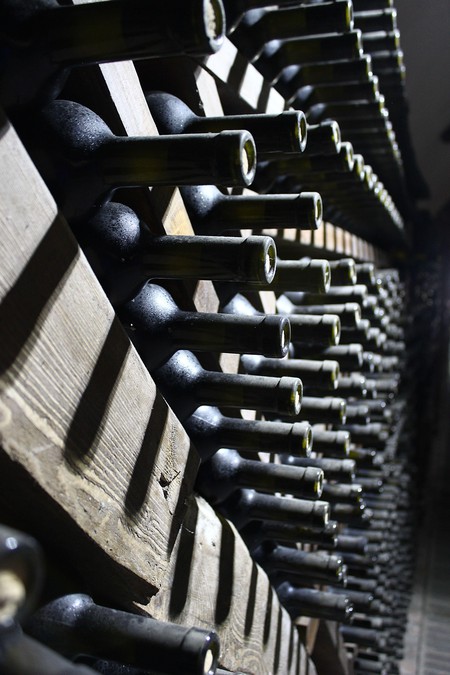 “The result is a deep rich amber hue. Often Georgian wines are unfiltered and unrefined, meaning there is no additional process to clear out sediment in the wine,” says Bastach, “The shape of the qvevri, the traditional clay amphora that holds the fermenting juice underground, allows for the sediment to rest, and the very bottom of the vessel and the mostly clear wine is taken from the top.”

Chances are you’ve seen the famous amber (or “orange”) wine made using this process on a few wine lists.

“The most popular wines now tend to be the ambers and the red wines,” says Bastach. She adds that the ambers are “cutting edge for American palates,” which is why they’re so popular right now. “Couple that with the recent fascination with low intervention/natural wines, and it makes perfect sense,” she explains.

One of the best ways to explore Kakheti is to do it with a guide – that way, you not only have someone who knows the roads and can be a designated driver after a few glasses, but you can gain some local insight. A number of tours are available from Tbilisi, taking visitors out to the wine region for a full-day private tour that includes winery visits and meals.

However, if you want to make more than a day of it, treat yourself to a few days in wine country. Driving in Kakheti is truly spectacular; the roads wind alongside hills that open up onto vineyard-laced plains and then into snowy uplands. Traditionally, Georgian winemakers would ferment crushed grapes in large earthenware vessels called qvevri 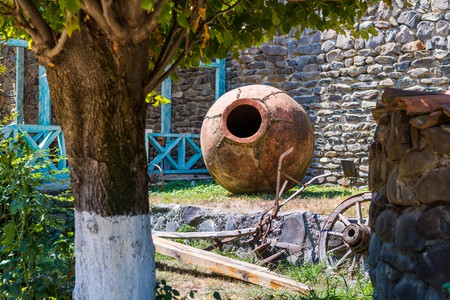 Where to taste Kakheti wines

While there are plenty of unique whites and reds coming out of Georgia – as well as rosés and sparkling wines – tasting amber wines should be priority number one. Generally, “the wine is characterised by a juxtaposition of aromas of honey and apricot that are met with sharp astringency and earth,” says Bastach. “Most of them finish dry, but some are more tannic than others, mostly depending on the longevity of the skin contact.”

Nino Shervashidze, brand communications coordinator for some of Tbilisi’s hippest places to stay (The Rooms Hotel, Hotel Stamba, Fabrika), has a few favourite places to go in Kakheti. Antadze Wines, located in the village of Manavi, is on three hectares and grows three of Georgia’s more than 500 types of native grapes: Mtsvane kakhuri, Rkatsiteli and Saperavi (the first two on old vines). It also uses qvevri to make its organic wine, with up to 13,000 bottles produced each year.

A one-hour drive from Manavi or Sagarejo takes you to Sighnaghi, a red-roofed town built on a jutting hillside overlooking the Alazani Valley. Head to Okro’s Wines, says Tsotne Japaridze, CEO of the Georgian tour company Traffic Travel.

For one last stop, at the recommendations of both Japaridze and Shervashidze, check out Lagazi Winery, which is located in the village of Zemo Alvani, about an hour and 45 minutes from Sighnaghi. Feel free to drop by anytime – it’s an open door here, says Japaridze – but if you want to do a formal wine tasting of the organic qvevri wines, he recommends you make an appointment ahead of time. Don’t leave without trying the Jgia wine – Japaridze says there are “only a couple” of producers making it in Georgia. 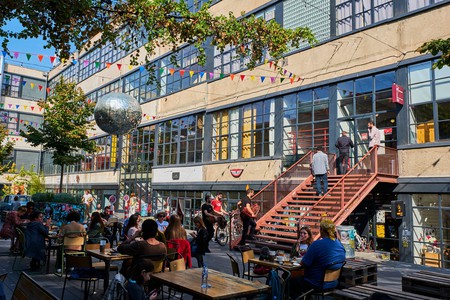 Sighnaghi is also an ideal place to base yourself for your time in Kahketi; there are plenty of wineries to visit within about an hour’s drive, and if you want to join a more formal tour, there are plenty of tour companies operating out of the town who can help you find a suitable one. The Sighnaghi Art Hotel is one of the best places in town to stay, with rooms starting at about $15 (£11.50) per night. Rooms are simply furnished, modern and clean, with cosy quilts and wrought-iron headboards. 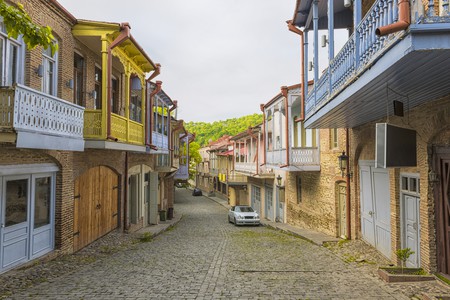 Traditionally, wine is enjoyed in restaurants in Georgia – wine bars are still a relatively new trend and mostly found in Tbilisi given the tourism there. The best places to drink in Sighnaghi also have some of the best food, making a hearty, wonderfully drawn-out dinner practically a must after a day of tastings. Pheasant’s Tears, an American-Georgian winery, does winemaking the traditional way in qvevri, and its restaurant in the middle of Sighnaghi serves an excellent meal – even if you might pay more here compared to other places. You can do a wine tasting here or eat well-prepared Georgian homestyle dishes made with organic produce sourced daily from the local farmer’s market. 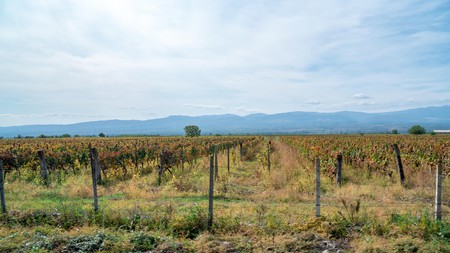 Nikala is also a reliably good stop for Georgian food, particularly the khinkali dumplings that are a must-try while in the country. It’s far less expensive than Pheasant’s Tears and boasts plenty of Kakhetian specialities on the menu.

And to go with your food? No matter where you go, you’ll likely be trying a Georgian wine. Bastach notes that amber wine goes well with seafood, bitter herbs and vegetables, as well as seafood and fattier proteins.

“The amber wines are the most versatile,” says Rose Previte, owner of Compass Rose and Maydan. “Many of them drink like reds while others can present much like a porch-pounding white. I love a number of amber wines with spicy food” – she names lamb curry as a particular favorite, as well as “food heavy on dairy, especially cheese like traditional khachapuri (cheese bread).”