An Insider's Guide to Shopping in Tbilisi, Georgia 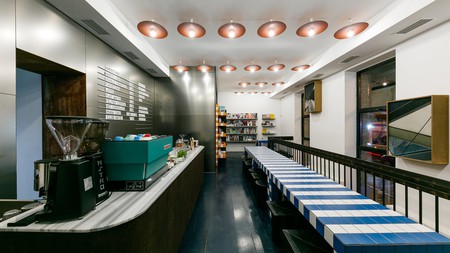 In addition to some reading material, pick up a coffee at Tbilisi's They Said Books | © Giorgi Mamasakhlisi

Get beyond the malls and discover the must-visit stops on Tbilisi’s shopping scene, from traditional handcrafts to chic curated-concept shops.

When it comes to shopping in Tbilisi, the best places to find treasures to take home are the city’s abundant independent shops, where you will find art, homeware, fashion and ceramics – often handcrafted. But don’t think the shopping scene is all traditional: Tbilisi is a hot spot for concept shops and well-curated garment racks featuring the coolest international labels, whether you’re talking pottery, skatewear or books. 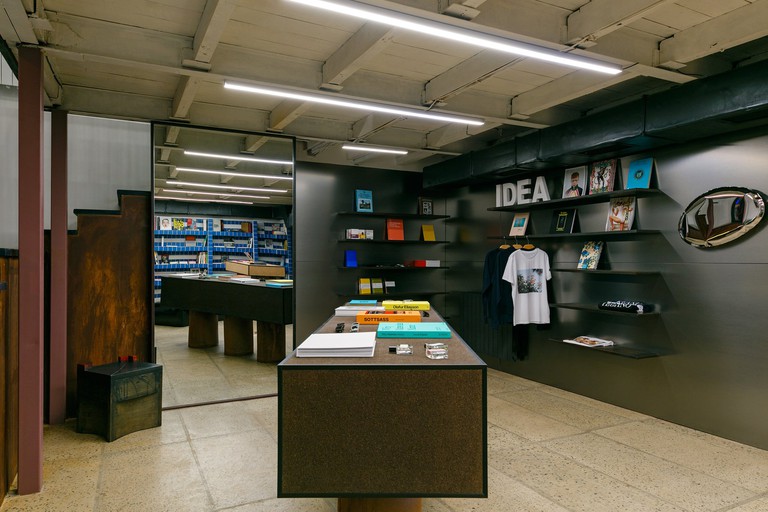 This café-bookstore in the Vera neighbourhood offers much more than just books. Besides selling “books, coffee and pretty things,” as their Instagram bio says (in a super-trendy atmosphere, at that), the store is also a gathering place for local creatives. Its founder, young Georgian designer Lado Lomitashvili, wanted to create a place that would be a tastemaker for Tbilisi residents, and somewhere that could help develop culture in the city, too. Take a moment to appreciate the in-store design, with cork display tables and shades of brown meant to replicate the ageing process of coffee beans.

There’s nothing mad about this designer boutique, which is the place to go if you feel like splurging. It’s named after the eponymous Jean-Luc Godard film – and while that speaks obviously to its cultural cachet, there’s plenty of fashion cred here too. Expect stark, architectural, conceptual, covetable labels like Kenzo, Yohji Yamamoto, Maison Margiela and Rick Owens – and a staircase bedecked with cobalt blue statuettes.

If you love ridiculously cool concept shops – or happen to have a penchant for the skate scene – there are few better places in the city to check out than Chaos, co-launched by Tbilisi designer Gola Damain. Far from the layout one might associate with its name, Chaos is streamlined and minimalist, with garment racks carrying some of the local scene’s biggest names, as well as a range of super-hip international names and pieces, like sweatshirts by Collina Strada, leather cross-bodies by JW Anderson, and Ashley Williams’s blinged-out hair accessories and earrings. The store is located in Rooms Hotel, one of the driving forces behind the Georgian capital’s reputation as a stylish city-break destination – cross the connecting courtyard for a visit to its sister hotel, Stamba, to enjoy a coffee and people-watching.

Located in the always-bustling courtyard of hip Fabrika Hostel, Black Dog Shop features art from emerging Georgian artists and designers, as well as replica Soviet posters and film prints. If your suitcase isn’t quite big enough for these, there’s some cool notebooks and other paper goods perfect for stashing in a carry on. While you’re at Fabrika, be sure to check out The Flying Painter, a fashion boutique stocking local designers; Ceramic Studio 1300, purveyor of modern, conceptual hand-painted pottery; and Funduki, a homewares shop with a Scandi bent.

17 Kvadrati sells sleek leather backpacks, bum bags and notebooks – all handcrafted – after its founder returned from abroad to realise there was a shortage of locally handmade items. Fair warning, the first part of a stop here is finding it: it’s tucked away in the Literature Museum courtyard next to the Sofia Melnikova’s Fantastic Douqan restaurant (don’t continue on your way without trying the handmade khinkali dumplings there).

Sure, the stained glass windows at the entrance (particularly beautiful in the afternoon light) are enough to justify a closer inspection of the shop on their own, but Gallery 27’s range of handcrafted goods is something equally special. Come for beaded jewellery (perfect for gifting), notebooks decorated with the curved letters of the Georgian alphabet, and lurji supra, traditionally decorated, indigo-dyed tablecloths. Just don’t expect to get a crowd in there: The store’s name is a nod to its 27-square-metre (290-square-foot) size. Gallery 27 is a five-minute walk from Meidan Square.

Estia Handmade Arts is one of the best ceramics stores in the city – and the real stars of the shelves are the pieces skilfully adorned with motifs inspired by the country’s indigo lurji supra designs found on traditional tablecloths. Teacups and teapots dominate here, but you’ll also be able to find beer steins and smaller souvenirs perfect for tucking into a carry-on, such as magnets. The staff also run art classes and workshops, where you can paint your own ceramics to take home. 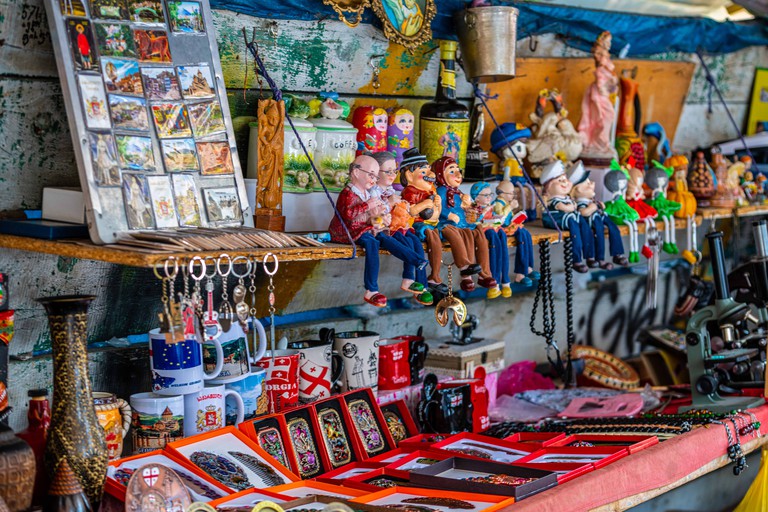 This absolutely packed bazaar is Georgia’s biggest open-air market – and it’s open each and every day, weather permitting. It started as a place where residents would come to sell their own possessions for some extra cash, particularly in the wake of the collapse of the USSR, but now you’ll find everything and anything here, whether you’re after art, household items, silver, auto parts or souvenirs (this market is admittedly a tourist draw). Haggling is a must, but little English is spoken – it’s all part of the fun. Weekends are a particularly spirited time to visit, but expect more crowds.