Elena Glurdjidze is an ex-senior principal ballerina at the English National Ballet, a classical ballet company based at Markova House in South Kensington, London. Originally from Georgia, she left the company in January 2015. What is in store next for the graceful and captivating dancer? 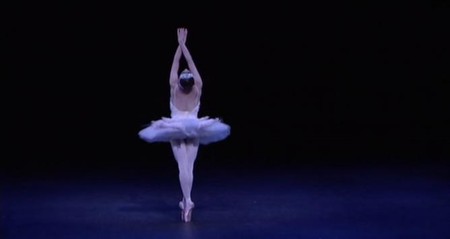 Glurdjidze has entranced audiences through her performances and transformations into Swanilda in Coppelia, her dual role of Odette/Odile in Swan Lake, Kitri in Don Quixote, Princess Aurora and the Lilac Fairy in Sleeping Beauty, and the title roles in Giselle and Cinderella.

Born into the family of a Georgian scientist, Glurdjidze showed a passion for ballet from an early age. She started training at the School of Choreography in her hometown of Tbilisi, the place that produced such figures as Nina Ananiashvili and Nino Ramishvili.

After two years at the school, Glurdjidze began training at the Vaganova St Petersburg Academy of Russian Ballet, a boarding school that she attended for six years. She took her graceful leap to London when she joined the English National Ballet in 2002 where she was voted ‘Best Female Dancer’ in 2007.

Glurdjidze recently played the part of Odette/Odile in Derek Deane’s Swan Lake. The last show, which ended the English National Ballet’s five-week season, commenced on Sunday 18 January 2015 (matinee), at the London Coliseum. The performance marked Glurdjidze’s final English National Ballet appearance after 13 years with the company. She is scheduled to perform in Dying Swans, at a Raymond Gubbay Albert Hall in March 2015, but beyond that her future plans are unclear.

Derek Deane, British dancer and choreographer, describes Glurdjidze, saying she is: ‘a glorious ballerina in the true sense of the word – and a joy to work with. She transforms every role she dances.’

Glurdjidze’s success is down to a combination of her technique, determination and creativity. She talks about her solo roles saying: ‘you prepare for a role and you transform into your character. I research the role and read the stories. I try to see it from the character’s view, and always listen to the music written specially for the ballet, which tells you so much about the characters and their feelings.’ She goes on to talk about her title role in the production Giselle: ‘I always say when I dance Giselle and open the door in Act 1, I instantly forget everything else and I become Giselle. It’s not me anymore, but her.’

As for her future aspirations, Glurdjidze has been quoted as saying: ‘I want to teach ballet. I have been so lucky, and have had teachers who have taken the time not only to tell me what to do, but why to do it, and that has made my understanding of technique and character so much deeper.’ 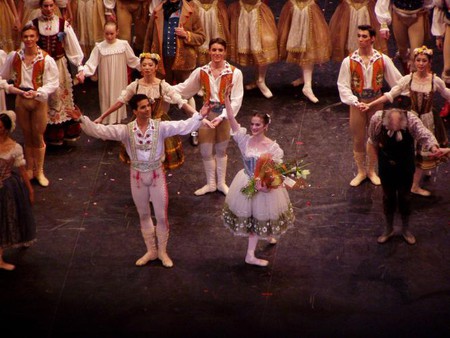 She continues, ‘I have always fought against my complexes of not being good enough, and teachers and coaches have helped me so much, and I really understand how a young dancer can benefit from an excellent teacher, and I want to pass on my experience if I am good enough to do it.’