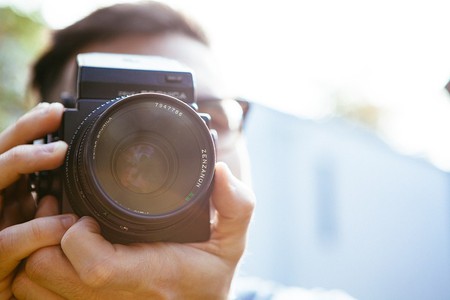 Besides fashion designers, musicians, painters, and writers, Georgia is home to some of the greatest travel photographers. And if you still haven’t decided to visit the country, their pictures will definitely work the magic and make you book the next flight here.

Tsertsvadze’s portfolio shows the breathtaking scenery of the country, which will undoubtedly leave you in awe. He shows not only the beautiful landscape of the nation but also shoots cities and portraits. His night shots are also quite splendid.

Giorgadze is another Georgian photographer who focuses on travel and depicts not only his sojourns throughout the country, but elsewhere he travels to. Giorgadze is also a founder of Tbilisi Free Walking Tours and shows his hometown to whoever likes to see it through the eyes of the local. Thus the backstreets and must-see landmarks of Tbilisi are some of the most frequent shots in his portfolio.

Chanadiri is one of the most popular Georgian photographers, whose photo archive has reached five million photos that showcase different genres of the field. A graduate of a cinematography faculty at Shota Rustaveli Theater and Film University, he started his career in print and digital media. However, photography became his primary profession in 2000 and ever since has hosted various exhibitions both in Georgia and abroad. He always tries in his works to popularize his country and urge locals to travel across Georgia, rather than traveling to other countries.

Also known as the nickname ‘Shermazana,’ Giorgi Shermazanashvili is not a photographer by profession. It’s his hobby, and his interest in the field started as a wish to show his foreign friends what kind of a country Georgia is. Winner of Best Travel Photographer 2016 at Welcome to Georgia and Best Cinematography 2016 at Kazakhstan Clips Festival awards, Shermazana captures every part of the country to popularize the history, culture, and beauty of the country.

A post shared by Giorgi Shermazanashvili (@shermazana_photography) on Oct 29, 2017 at 8:44am PDT

Known as Billy Bilikhodze, Bilikhodze is another travel photographer who focuses on landscape, nature, cityscape and aerial views of Georgia. His vivid colors and great angles show some of the best locations Georgia has to offer.

Another travel photographer from Georgia who is not a photographer by profession, Shavgulidze is an IT specialist, who takes terrific pictures in his spare time. He captures mostly nature and focuses on wildlife, macro, and landscape together with cityscape and portraits. He is a certified European photographer.

Levan Gejadze is a hiking and trekking guide who also co-founded the hiking company Green Zebra. He and his colleagues organize various trekking tours at some of the most beautiful places in the country. His pictures depict the untouched nature of the Caucasus, breathtaking views of the mountain chains, lakes, and remote areas to name a few.

Tediashvili doesn’t only focus on travel photography; his work is of a wider scope and includes wedding, commercial, news, portraits, and street to name a few. His aerial views of Georgia are among his most notable works that will make your jaw drop.

Similar to Tediashvili, Bojadzel’s photography genre varies and includes travel, fashion, portraits, weddings, events, and sports to name just a few. His landscape photography gives you the feeling that you are experiencing nature together with the photographer himself.