A Complete Neighbourhood Guide to Tbilisi 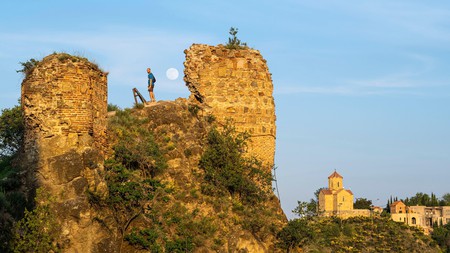 Whether you’re planning to move to Tbilisi or just looking for a place to stay, you’ll need to know a bit more about its neighbourhoods. Georgia‘s capital has around two million residents – and all of its districts are somewhat connected to the city centre either by subway, bus or minibus. Here’s our complete neighbourhood guide to help you get started.

Wine, dine and step back in time on TRIPS by Culture Trip’s epic nine-day adventure in rural Georgia.

Abanotubani is in the very centre of the city, featuring all the iconic and historical sights of Tbilisi. Boasting modern and ancient architecture, the area is quite gorgeous and charming – especially with the dome-shaped rooftops of the sulfur baths. Narikala Fortress, a small waterfall and colourful houses with curved wooden balconies are what you’ll see here.

From here, all the central parts of the city are within walking distance, especially Freedom Square and Rustaveli Avenue. And if you’d like to relax in a park, there’s Rike Park just across the river. However, do note that as it’s the most touristic place in the city, the accommodation prices can be quite high. 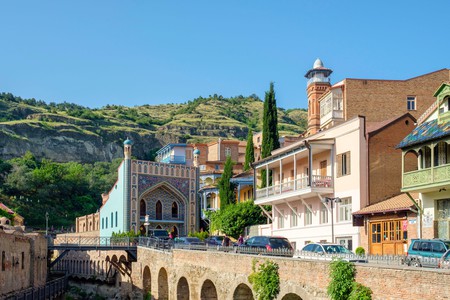 Avlabari is one of the oldest parts of the capital – famous for the Metekhi Church, Holy Trinity Cathedral and Armenian Theatre. Historically, the area was inhabited by Armenians, making this part of the city quite unique. The Wine Rise – which takes you down to Rike Park and Abanotubani – used to be a popular street during that time in Tbilisi, featuring many pubs, wine bars and dining areas. Even though it’s not the same today, the street still has a couple of spots where you can try the local wine.

The district is more residential and less touristy, yet still very close to the city centre. Depending on where exactly you’ll stay in the district, you can walk to Freedom Square by crossing Baratashvili Street. But if you are not up for walking, there’s a good connection via public transportation by metro, minibus and bus. 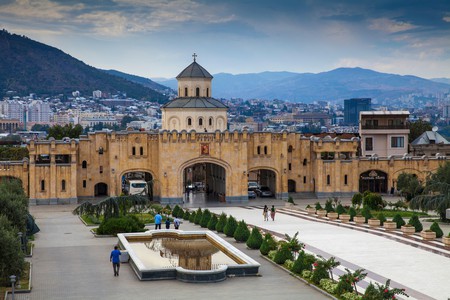 Mtatsminda is one of the biggest districts of Tbilisi. Its streets were the place that the modern Georgian capital was created back in the day. Named after Mtatsminda mountain – one of the key sights of the city – the neighbourhood offers a glimpse of the old Georgian residential districts.

When you get to Rustaveli Avenue, start your walk uphill and wander through its steep climbs all the way to the Funicular. And even though the area is not touristy, the prices for the accommodation can be high because of its proximity to the city centre. 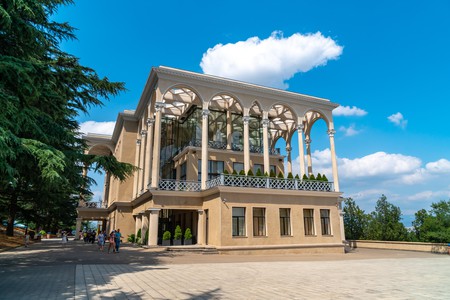 A funicular complex in Mtatsminda Park in in Tbilisi, Georgia | © Koba Samurkasov / Alamy

Saburtalo is another large district in Tbilisi, yet with no historical or cultural sights. It’s a typical residential area with lots of grocery stores, universities and a somewhat decent amount of restaurants and shops. The district even has a special metro line – Saburtalo.

Pekini and Kostava Streets are the main streets of the district; however, do try to avoid them when looking for an apartment. They are the busiest streets in terms of traffic. There are also several small and big parks in the area – the favourite spot for locals is Lisi Lake, where you can get away from the bustle of the district. Also, the area of the old hippodrome is a great place to get a bit of an evening breeze on hot summer days, walk a dog or even go for an easy jog. 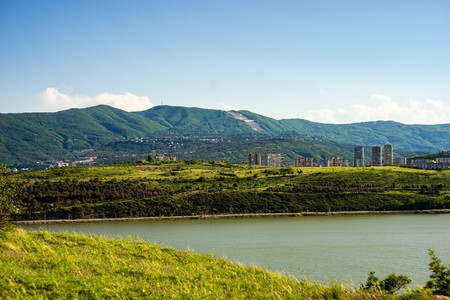 Historically, Vake was a district where the Georgian elite, politicians and scientists lived. However, it has changed over time and today it’s a bit of a fancy neighborhood, with posh cafés and bars, shops and high-priced accommodation options.

The area has the large Vake Park, where you can relax during the day or in the evening. Besides residential buildings, there are several units of Tbilisi State University. Otherwise, just like Saburtalo, the area doesn’t have any cultural or historical sights for you to explore.

In terms of connectivity to the rest of the city, it’s pretty close to Rustaveli Avenue. You can even embark on a leisurely long walk towards the city centre – or take a bus or minibus as this district doesn’t have a metro. 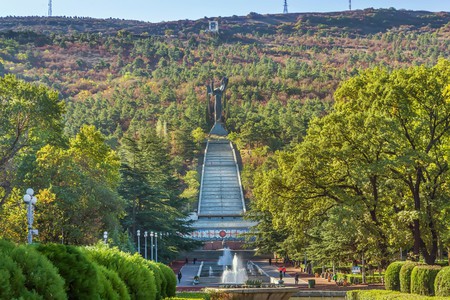 This is a somewhat green neighbourhood in a central location of the city. Most of it is nestled into a hillside, therefore, you’ll be walking lots of hills if you live or stay here.

The district features many gardens and hidden yards within its backstreets – typical of Tbilisi. The most important landmarks here are the architecturally notable buildings that have remained almost untouched from the 19th century and are more or less well preserved.

The Marjanishvili area is becoming more and more popular among tourists visiting the city. The newly renovated Aghmashenebeli Avenue offers a glimpse of gorgeous architectural examples of the city, while the beginning of the avenue has been turned into a pedestrian street full of bars, cafés, wine bars and souvenir shops. 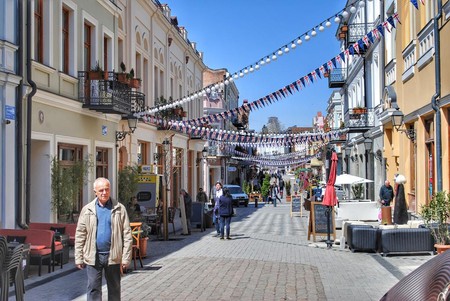 The pedestrian part of the Aghmashenebeli Avenue in Tbilisi, Georgia | © Baia Dzagnize

The backstreets of the area hide some of the most beautiful architectural buildings of the 19th century, from the time when it used to be a German settlement. The railway station, farmers market and open-air bazaar are also located in this neighborhood.