A Brief History of Tbilisi, Georgia 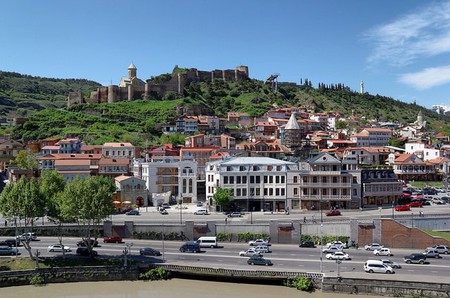 Tbilisi is one of the oldest capitals in Europe. The name of the city is first mentioned in Georgian books from the fourth century; however, it wasn’t a capital then, but a fortified city. Convenient geographical conditions have contributed to the development of Tbilisi turning it into a prominent hub between Europe and Asia.

Vakhtang Gorgasali and the construction of Tbilisi

During the second half of the fifth century, King Vakhtang Gorgasali ruled in Kartli and organized several revolts against Iranian powers. At the time, the Iranians had a representative in Tbilisi. The king expelled the representative and took over Tbilisi. Unfortunately, this confrontation demolished the settlement and Vakhtang started to rebuild it. He understood the economic and strategic settlement of the area and started to build a bigger city, which would become the capital of Kartli Kingdom. 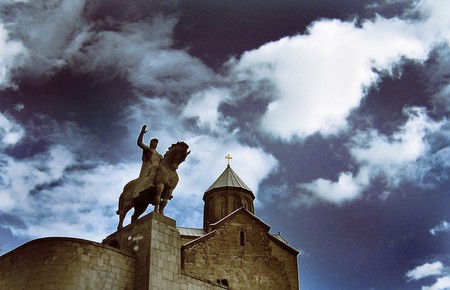 Tbilisi became the capital of Kartli

Unfortunately, Vakhtang was not able to fully rebuild Tbilisi before he died in a battle against Iran. However, his son Dachi managed to bring the royal throne to Tbilisi, which was followed by the whole Kingdom’s arrival to the new city. In a very short period, the population of Tbilisi significantly increased. From the beginning of the sixth century, Tbilisi was called the capital of Kartli.

Beginning in the middle of the seventh century, Kartli came under Arab rule. In 735, Murvan Ibn-Mohamed conquered the whole of the country, including Tbilisi. They quickly imposed taxes on the Tbilisi population. At the beginning of the eighth century, Tbilisi manufactured the first coin called the Tbilisi-Arabian Drahma. The reign of the Arabians lasted for four centuries.

After seeing a victory in the Didgori War on August 12, 1121, Georgian King David IV Aghmashenebeli’s main concern was to unite Tbilisi with the rest of the kingdom. In February 1122, after a big battle, David’s army was able to occupy Tbilisi, where he transferred the royal throne from Kutaisi.

Tbilisi becomes the capital of a united Georgia

The twelfth and thirteenth centuries were considered Golden Ages in Georgian history. At this time, Georgia was a strong country. Tbilisi played a big role in world trade, handling goods from Central Asia, Indochina, Arabia, Byzantine, Western Europe, and Russia.

Tbilisi loses its fame and is continuously invaded

The beginning of the thirteenth century brought another wave of invasions to the country. Mongols, Ottomans, and Iranians repeatedly invaded and destroyed the city over the course of centuries. 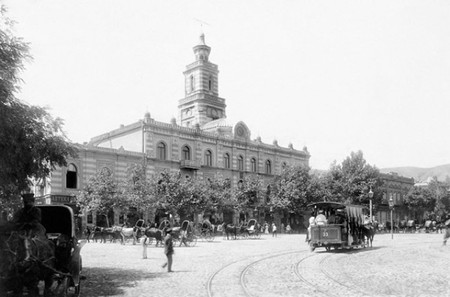 In 1762 Kartl-Kakheti merged into one kingdom that was ruled by Erekle II. Tbilisi became the center of the new Georgian political unit. Erekle started to develop the capital and ordered a new palace, seminar, and publishing house to be built. An actors’ troupe was formed at the royal court, and the gardens of Tbilisi were restored to their original glory before all those invasions. The city wall was also reconstructed, and soon Tbilisi was looking like a city again.

In 1801 Kartl-Kakheti became part of the Russian Empire. The governors commissioned European-style buildings to be constructed in the new districts of the capital. Thus, Tbilisi started to look like any other European city with Art Nouveau buildings. 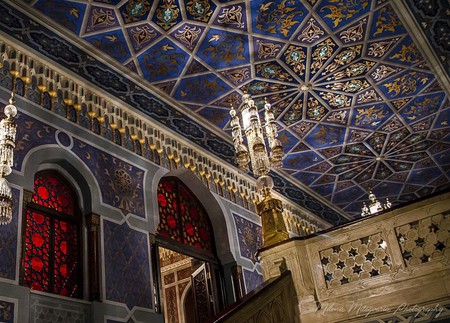 Following the 1917 revolution in Russia, the Sejm (Parliament in today’s system) declared Transcaucasus an independent democratic federation on April 22, 1918. On May 26, 1918, Georgia declared itself an independent state and Tbilisi was the capital of the newly formed Republic of Georgia, but for only 1,028 days. On February 25, 1921, the 11th Red Army of the Bolsheviks invaded Tbilisi. The government fled to Batumi and later fled the country all together. Afterward, Tbilisi became the capital of Soviet Georgia for more than 70 years.

The Georgian nation could not adapt to Soviet rule and consistently organized various demonstrations. At the end of the 80s, non-formal political parties organized demonstrations against the Soviet rule and demanded the return of Georgia’s independence. On April 9, 1989, the Soviet government ruthlessly dispersed protesters gathered on Rustaveli Avenue, killing 21 participants, wounding and poisoning hundreds of people. Since then, the day has been a public holiday, where locals commemorate those brave participants of the demonstration by bringing flower bouquets to the Parliament of Georgia building in Tbilisi. 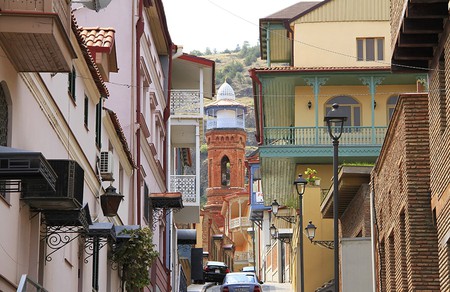 On October 28, 1990, Georgia held its first multi-party elections in which the “Round Table – For Free Georgia” movement won. On November 14 of the same year, the Supreme Council abolished Georgian SSR and the country was called the Republic of Georgia. The absolute majority of participants of the referendum held in the country on March 31, 1991, voted for independence (99.08%). On April 9, the Supreme Council adopted the act of restoring Georgia’s independence.