9 Georgian Musicians You Need to Know 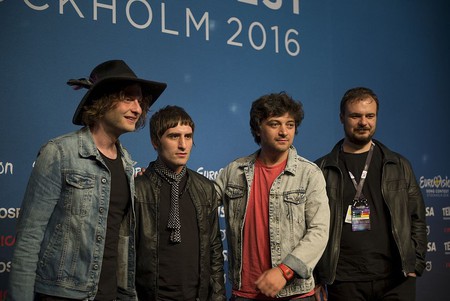 Music plays a big role in Georgian culture. Its rich and vibrant traditional music is arguably considered the earliest polyphonic music of the Christian world. Today, traditional music is sung widely on different occasions. However, over the decades, the music here has adopted different genres and formed various bands. In this article, we give you the guide of current Georgian musicians you might want to add to your YouTube lists.

LOUDspeakers is an alternative rock band that formed in 2009 and recorded their first song in the same year. They saw success and recognition at Tbilisi Open Air as Newcomers and won the first price in 2010. In 2011, they held their first solo concert, and since then they have been regular performers at various festivals, events, concerts, and celebrations. Three years ago, in 2015, they released their first album LIGHThouse.

Todua, a young female singer who is an au pair in Germany, became The Voice of Germany last year, in 2017, with more than 50% of public votes. Todua was born in Tbilisi in 1996 to parents who fled Abkhazia during the civil war in Abkhazia in the early ’90s. After two years living in the capital, the family returned to their homeland and settled in Gali. However, after graduating from school, she and her sister continued their studies at Tbilisi universities. A graduate of the Economics Faculty at the Caucasus University, she had taken part in both the Georgian and Ukrainian X Factor before, but without success. After her win on The Voice of Germany, Todua signed with Universal Music Group and has been confirmed as a participant of Unser Lied für Lissabon, the German national selection for the Eurovision Song Contest 2018.

Mebo Nutsubidze is another young Georgian musician who has become popular after participating in different competitions like the Georgian and Ukrainian versions of The X Factor. He has formed two bands, one being The BearFox, an experimental project inspired by the natural world – animals, birds, human relationships, true friendship, and genuine love for music. The band came together in 2013 with the collaboration of Irakli Manchkhashvili (Betkho) and Nutsubidze himself. Their first song, “Holding You,” became very popular in the country, and since then they have held many concerts and festivals, including the Tbilisi Open Air 2014, both at the Pre-party and on the main stage. The BearFox was also invited to Lublin, Poland to be part of the annual music festival InneBrzmenia.

Mebo Renard is his relatively new experimental project of acoustic music formed in 2015.

The band New One was formed in 2016, and within a couple of months it became very popular not only in Georgia but in neighboring countries. The band combines various genres including funk, disco, neo-soul, electronic, and house. Their first single, “Artificial Love,” was a big hit and earned them a Golden Wave award in the country. New One has collaborated with various international artists like Gramophonedzie, Max The Sax, and Stanley Randolph Band, to name a few.

The band Soft Eject is one of the older bands that was formed in 1989 and harmoniously combined Georgian traditional and Western music in one. Since their debut in 1990 in Batumi, the band has performed within Georgia and internationally for 14 years. After that, they took a hiatus for 14 years, but they have recently decided to come back and continue performing for local and international crowds. In 1995, they released their first video for the song “Please Just Carry On,” which brought them immense popularity. Even today, it’s their most famous song, one that every Georgian knows.

This alternative/indie rock band was founded in 2000, and they represented the country at the Eurovision Song Contest in 2016. Young Georgian Lolitaz has released one studio album, Lemonjuice, and one extended play record The Lava EP. The band is influenced by Oasis, Blur, The Beatles, and Radiohead to name a few.

A pop-electronic band created in 2007, Kung Fu Junkie describes themselves on their official Facebook page as “circus of happy-sad Chinese robots, urban Shaolin monks, red lipsticks and smart drugs.” Their slogan – Dance or Die – perfectly describes their energetic rhythms with simple English lyrics that make the audience jump and dance throughout their entire performance.

Nika Machaidze, nicknamed and known as Nikakoi, is a songwriter, director, and musician. He comes from a family of directors and studied animation and film direction at Shota Rustaveli Theater and Film University. In 1999, he played at the Electronic Music Festival in Paris and won the grand prize. He perfectly harmonizes rhythms and melody lines of Georgian folk music with electronic music. His music is written in minor keys, thus generating a melancholy mood. In February 2002, Machaidze released his first album with WMF Records in Berlin called Sestrichka, the Russian word for “sister.”